Robert Kelsall is a WWII veteran and wanted to improve his health. He set out with a goal to walk 99 laps while raising money for PPE for nursing homes. 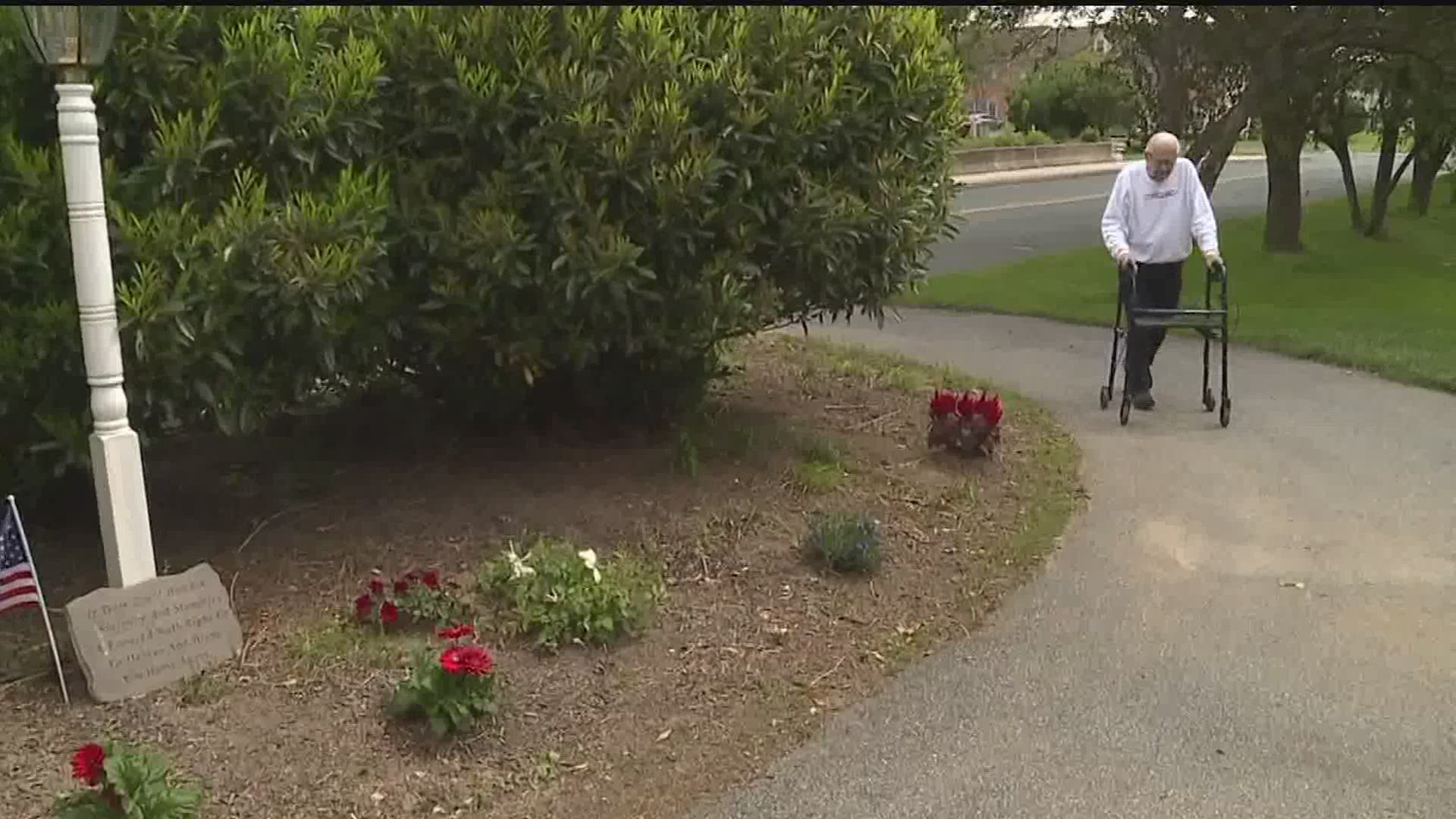 LANCASTER COUNTY, Pa. — World War II Veteran Robert Kelsall, 98 of Lancaster County was looking to get his health back on track. Originally setting out with a goal to walk 99 laps by his 99th birthday, in November.

However, he really kicked things into gear and is now reaching his goal much sooner, on Memorial Day.

The now 100-year-old British army veteran Captain Tom, captured attention from across the country when he set out with a goal to talk 100 laps while raising money for health care workers for his birthday. His inspiration even reached a veteran in Lancaster County.

Kelsall was a Sergeant in the US Army.

Kelsall's daughter, Dawn Moslander said they were having dinner one night and the news was on, then came a story about Captain Tom.

She said, "My dad looks over at me and he says, well if my WWII brother from across the pond can do it, so should I."

With inspiration from across the pond, being cooped up inside because of stay at home orders, plus a recent health check at the doctors, Kelsall knew it was time to get his mobility back on track.

“Because of my age they set up a goal for me, and the goal was pretty neat. I was going to do 99 laps by my 99th birthday," said Kelsall

The 99 lap goal was meant to be reached by his birthday which is in November. However, things improved so much he is going to walk his 99th lap on Memorial Day.

Kelsall said the beginning was tough. He was exhausted before he could even get his first lap from the shed and back and around the driveway complete.

Determined and building strength each day, his daughter Dawn said he could barely walk one lap when he first started nearly five weeks ago -- now he's doing multiple laps a day.

And don't let his age fool you! Just shy of 99-years-old, Kelsall is still recalling the days when he was fighting for our country 75 years ago.

“The beach had not really been secure even though it was D 6, and when we went in my jeep pushed the bodies of dead soldiers out of the way, I could not stop, I wasn’t allowed to stop. I couldn’t do anything and from that day forward I was very sad about everything that took place in that war, you just don’t expect things like that, but that’s war," said Kelsall.

If he's learned one thing over the years he says it's to not give up.

“I do have a good memory and I am fortunate... I’ve been blessed, and I really really believe it," said Kelsall.

After reaching his 99 lap goal sooner than expected he now has a new goal -- 999 laps by his 99th birthday in November.

Throughout his entire journey Kelsall has also been raising money to give back during the COVID-19 pandemic. He wants to help food banks and also hopes to purchase PPE for nursing homes.

If you'd like to donate and help Kelsall reach his goal you can do so here.

RELATED: 'They are not forgotten' | Vietnam veteran organizes his own socially distant Memorial Day event