Officials say every Pennsylvanian should have a choice on if they receive the vaccine and they should not be discriminated against by their own government. 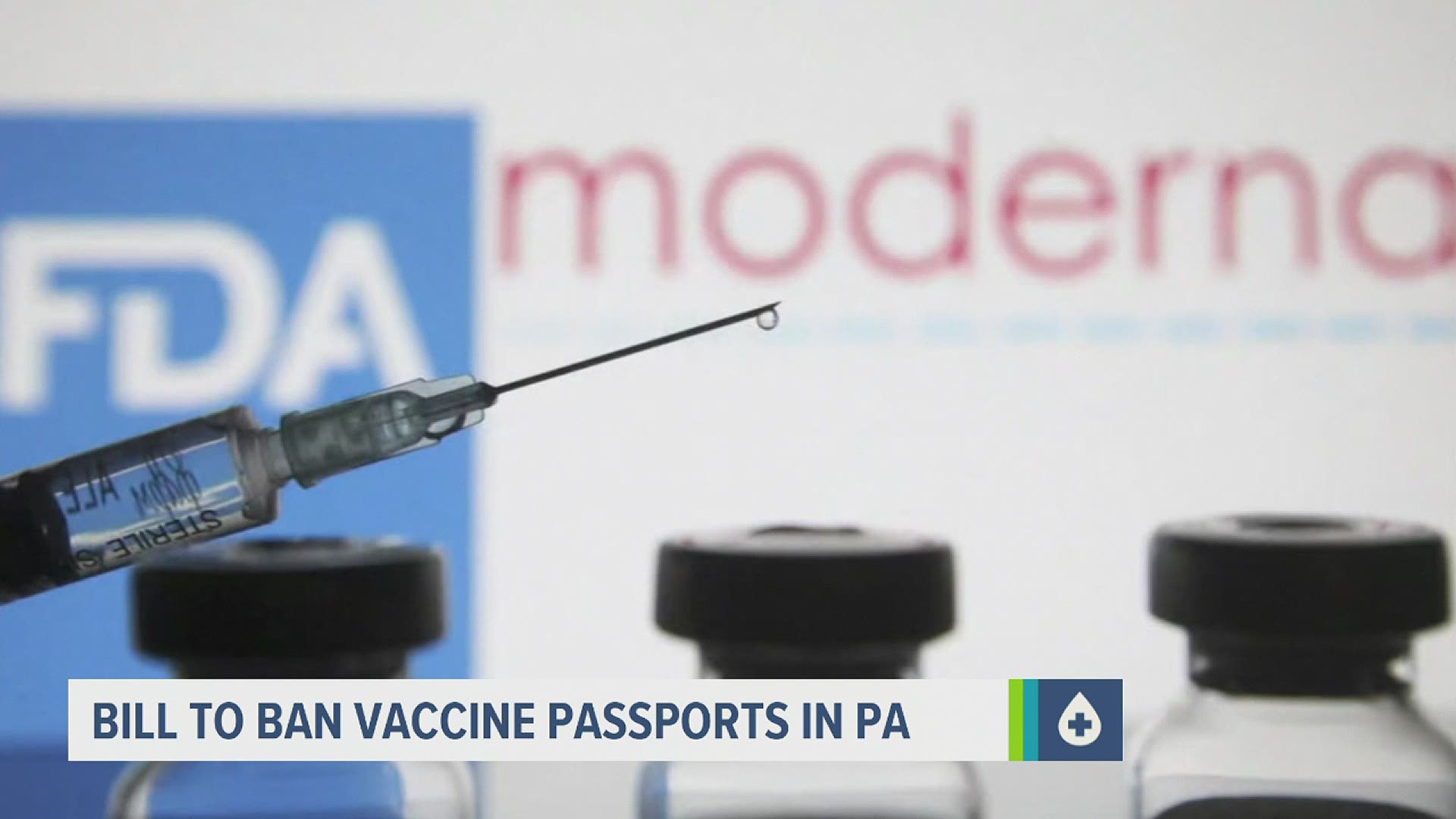 Since the vaccine has become more widely available, for weeks vaccine passports have been a topic of debate. One reason -- some officials are worried about privacy concerns.

Republican senators Kristin Phillips-Hill, Judy Ward, and Michele Brooks say requiring proof of vaccination would raise some serious privacy concerns into people's personal lives. Especially when it comes to someone's private medical information and that it would be a form of government intrusion.

Officials say since the vaccine has become more available, they've worked hard to make sure the people who want one can get it.

"Much like the COVID-19 vaccine is a choice for any Pennsylvanian to make based on their own personal decisions, the state or government at any level should not require every citizen to show proof of this vaccine," Phillips-Hill said. "Our goal should be focused on getting the vaccine to those who want it, but not punish those individuals who have made a personal choice."

Officials with the Wolf Administration have previously said that they have no plans of requiring a vaccine passport at the state level.

However, the senators behind the bill say it should not become law to put residents' minds at ease.

“Those who cannot be vaccinated for medical reasons or even for personal choice should not be discriminated against for making a decision that they believe is in the best interest of their health and safety,” Ward said

If this moves forward, the legislation would ban the state, county, municipalities, and school districts from requiring proof of the COVID-19 vaccination.

This morning, three Pennsylvania Senators are introducing legislation that would ban the state from requesting COVID-19 vaccine passports.