Demonstrators are holding a rally at the Capitol in Harrisburg on Wednesday, demanding for freedom of restrictions implemented due to COVID-19. 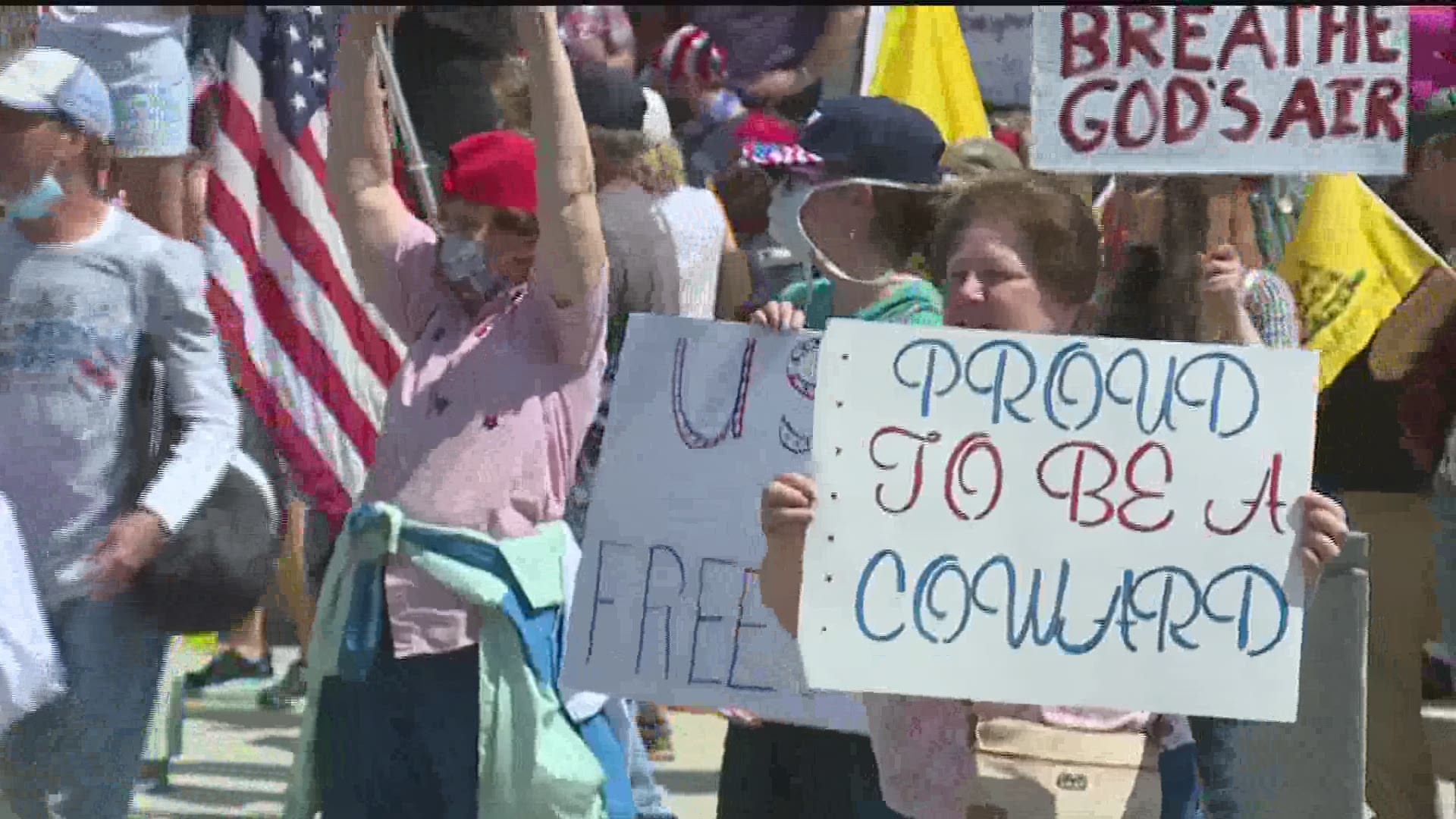 HARRISBURG, Pa. — The Mask mandate has been quite the topic of conversation, causing mixed reactions from Pennsylvanians -- with some for the mask mandate, and others against it.

Wednesday's rally revolves around that mandate, as protestors say they want freedom from mask requirements and COVID-19.

In addition to demonstrators, there will be several local republicans at the rally. Including Senator Doug Mastriano and State Representatives Frank Ryan, and Russ Diamond from our area. Rep Daryl Metcalfe, who has led the demand for impeaching Governor Tom Wolf will also be at the protest.

The owners of the Lebanon County restaurant "Taste of Sicily" -- whose license was suspended for reopening during the shutdown, will be there and are expected to speak at the rally. Alongside, Matt Bellis of Reopen PA, who has organized previous protests at the capitol.

The event titled "Assemble for Freedom" on Facebook, lists a number of grievances from protestors like forcing kids to wear masks at school, keeping businesses at a reduced capacity, and lost work hours or even a job.

Organizers for the rally are calling for 20,000 Pennsylvanians to meet at the capitol at 11 a.m., with speakers expected to start at noon.

Wednesday's rally comes several days after Governor Wolf reducing capacity at restaurants even further to 25 percent, and the continuous debate about school resuming in the fall as masks are required for students.

RELATED: Trump appears to encourage face mask use without saying it in 'patriotic' tweet