Prof. of Political Science at Elizabethtown College weighs in ahead of first Presidential Debate

Dr. E. Fletcher McClellan, Professor of Political Science at Elizabethtown College, spoke with us on what to expect during tonight's event. 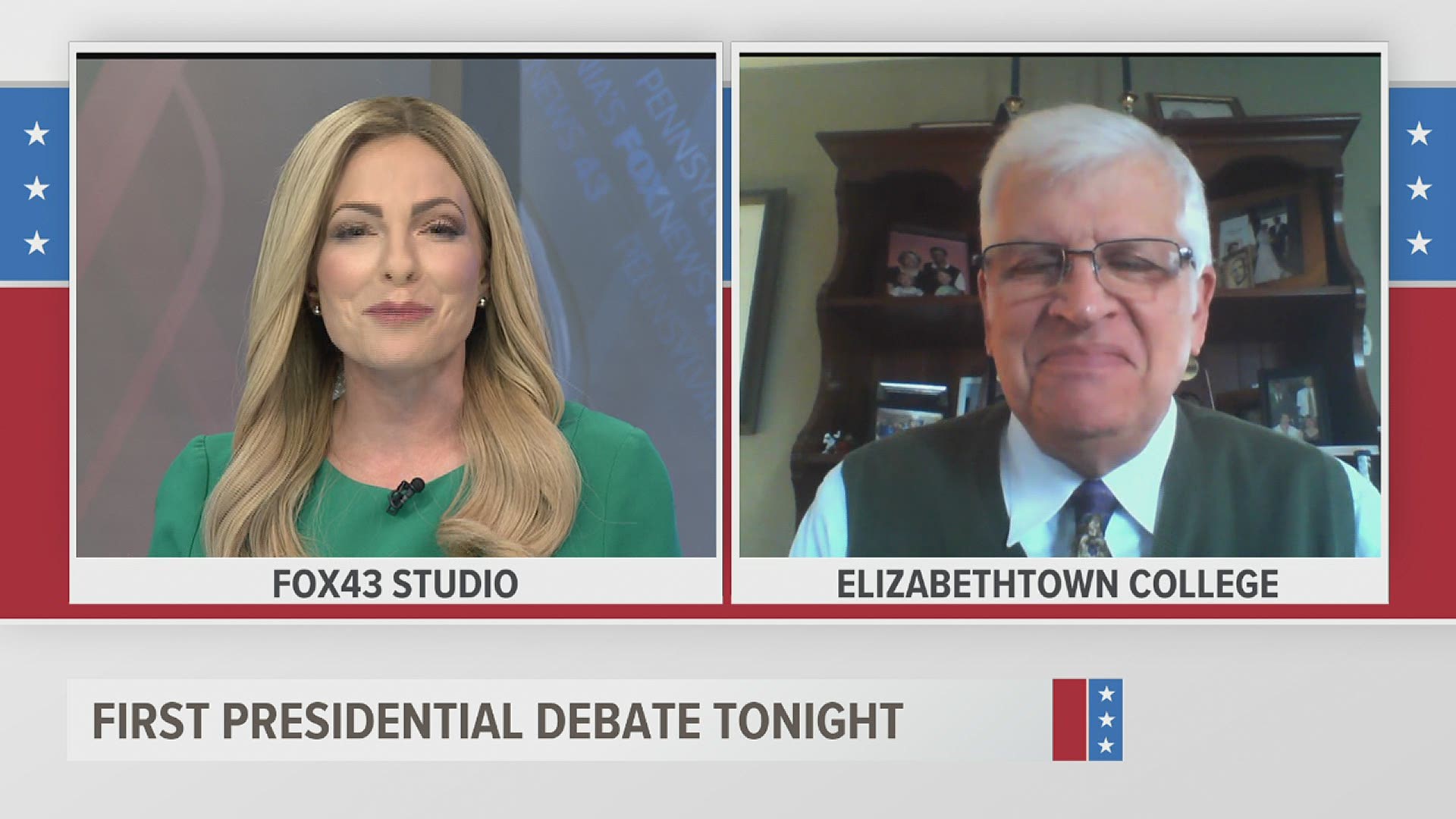 With the election 35 days away and early votes already being cast in some states, Biden has kept a lead over the Republican president in most national polls. While debates have not significantly shaken up the election in recent years, Tuesday’s highly anticipated matchup will offer the clearest contrast yet between the two men.

Trump has decided to skip any formal preparation. And while Biden's team believes the significance of the debate may be exaggerated, the Democratic nominee has been aggressively preparing to take on the president.

Biden's campaign has been holding mock debate sessions featuring Bob Bauer, a senior Biden adviser and former White House general counsel, playing the role of Trump, according to a person with direct knowledge of the preparations granted anonymity to discuss internal strategy. Bauer has not actually donned a Trump costume in line with Trump stand-ins from previous years, but he is representing his style and expected strategy.

“I’m sure the president will throw everything he can at (Biden). My guess is that they’re preparing for that -- bombarding him with insults and weird digressions,” said Jay Carney, a former aide to Biden and President Barack Obama.

“I think it's an important moment — I think it’s really important for President Trump, because the direction of this election has been pretty stable for a long time now, and he needs to shake it up as any candidate would who’s behind," Carney added. “The question is, can that work?”

The debate is starting at 9 p.m. Eastern Time in Cleveland.

Dr. E. Fletcher McClellan, Professor of Political Science at Elizabethtown College, spoke with Amy Lutz on FOX43 Morning News on what to expect during tonight's event.

Check it out in the clip above.