It has been just over two weeks since a Lancaster Amish woman was last seen. 18-year-old Linda Stoltzfoos disappeared on Father's Day. 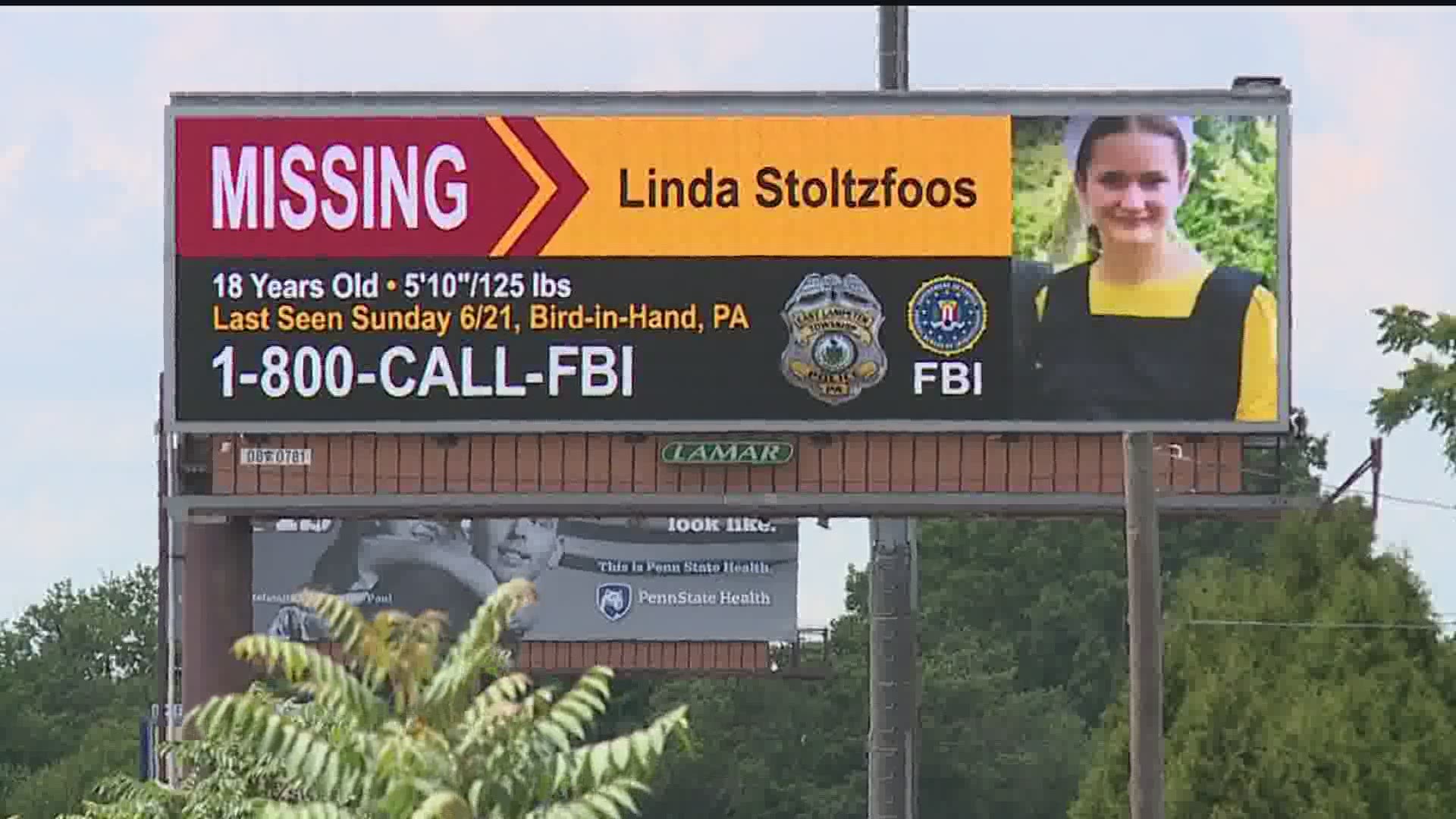 LANCASTER COUNTY, Pa. — The question still remains, where is Linda Stoltzfoos? Information is sparse, as community members and the police continue to look for any clues that may lead to some answers.

The FBI, now assisting local law enforcement on the investigation -- has created a composite image of Stoltzfoos wearing street clothes instead of traditional Amish clothing.

She was last seen wearing a tan dress, white apron, and a white cape. According to police she is about 5 feet, 10 inches tall and 125 pounds.

Stoltzfoos vanished on June 21, police said she never returned home from the church service she was attending near Bird-In-Hand that day.

Officials have been asking anyone who was traveling in the area when she was last seen from 8 a.m. and 4 p.m. on June 21 to contact them.

Police are interested in hearing from people traveling the following roads during that time frame:

Authorities said it is still unclear if foul play was involved -- police said they aren't ruling out that she may have walked off and left on her own. They said the lack of physical evidence is making the investigation more challenging.

Anyone with any information about Stoltzfoos is asked to contact either East Lampeter Township Police at (717) 291-4676 or visit the FBI's online tip site.