ParkMobile makes things easier for users to pay and find parking. However, if you've used the app to pay for parking in Lancaster, your data may have been stolen. 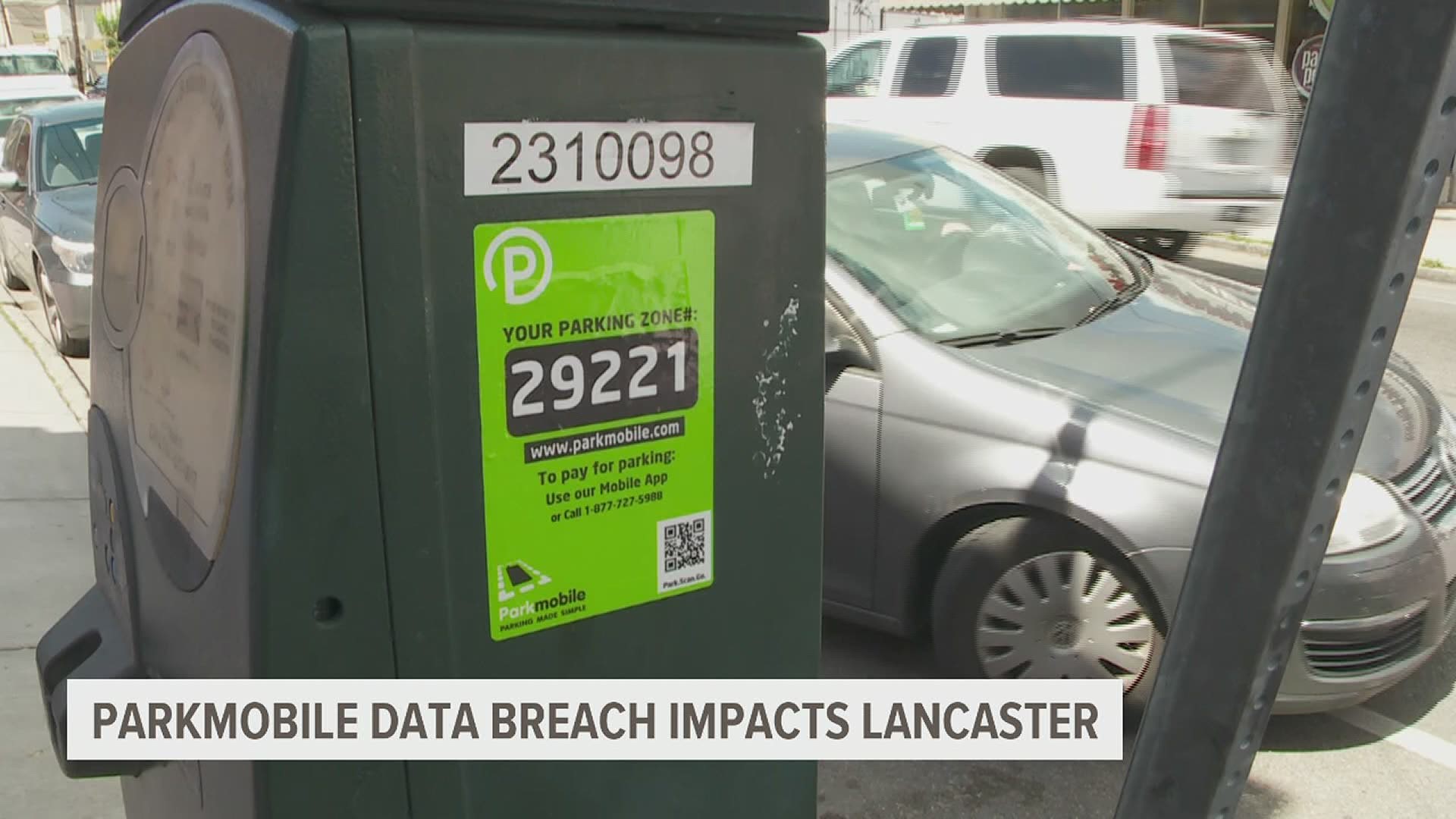 LANCASTER, Pa. — One of the biggest parking apps is wrapping up an investigation.

ParkMobile makes things easier for users to pay and find parking. However, if you've used the app to pay for parking in Lancaster -- your data may have been stolen.

According to officials with ParkMobile, 21 million records were stolen. They said Lancaster has roughly 50,000 people who use the app, with up to 5,000 using it on a monthly basis. That includes people who have visited the city and parked in Lancaster, but don't live there.

ParkMobile first got wind of the third party software problem in March. According to a release from the app company they immediately launched an investigation.

They also contacted authorities about the breach, noting several key factors of their investigation.

Thankfully, officials said no user credit card information was obtained in the data breach and no one gained access to any transaction history.

According to ParkMobile, the only information obtained was license plate numbers, emails, phone numbers, and in some cases -- mailing addresses.

Although passwords were impacted in the breach, ParkMobile said encryption keys required to read them were not. They do want to note, ParkMobile does not collect social security numbers, driver's license numbers, or dates of birth -- so none of those were impacted.

ParkMobile said they take extreme measures to make sure user passwords are protected. However, due to the data breach they highly suggest changing passwords to be safe.