The race for a seat in the White House is getting closer every day. On top of that, election safety concerns continue to grow among voters. 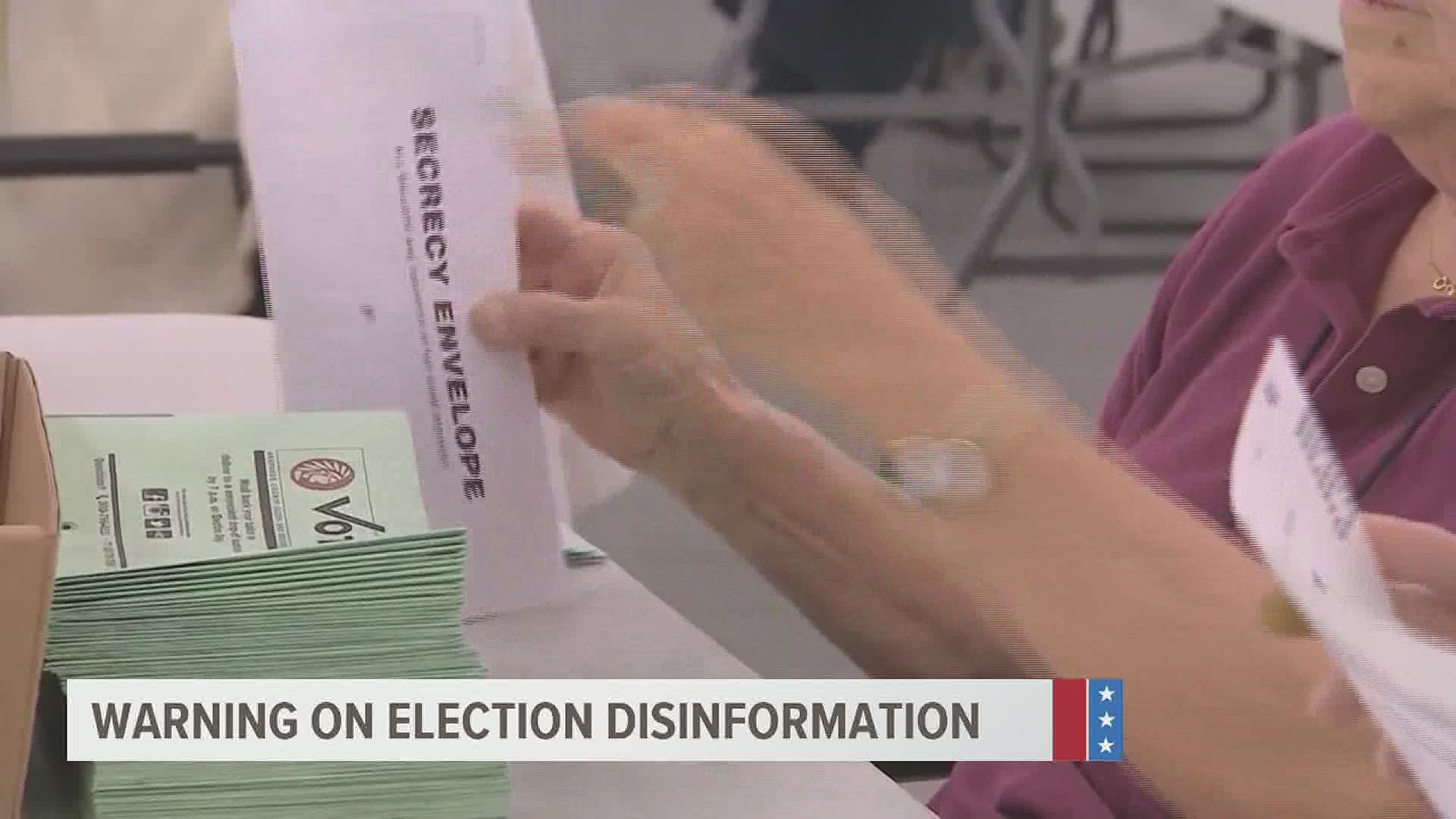 HARRISBURG, Pa. — A new warning of false election information, all while the November 3rd election is quickly approaching. However, state leaders are reassuring Pennsylvanians that the election will be safe.

The latest warning in the commonwealth over election safety comes from Attorney General Josh Shapiro and Secretary of State Kathy Boockvar.

They are alerting people about robocalls that are spreading misinformation regarding mail-in ballots.

Both state leaders said in a release that voter information will not be shared.

The robocalls reportedly tell people that if they vote by mail, their personal information will be given to law enforcement agencies and credit card companies.

The robocalls go on to say that information will be used to arrest people with warrants and to collect debts.

This robocall warning also comes after a hearing last week over the lawsuit demanding the state ensures its elections are fair and safe.

The lawsuit claims Pennsylvania dropped the ball on handling the June 2nd Primary.

At the hearing, Pennsylvania Secretary of State Kathy Boockvar says, more than 70,000 ballots were received in the week following the June 2nd primary. All of them unable to be counted because of the state's deadline to receive mail-in ballots by 8 p.m. on Election Day.

Secretary Boockvar testified at the hearing and said a seven day extension would be too long and interfere with other election deadlines, like recounts. She said, she now supports counting ballots postmarked by Election Day and received within the following three days.

However, the judge is leaving any changed in the mail-in ballot deadline up to the general assembly.