It's unclear what time the new system will officially launch on Tuesday, but officials are holding a virtual news conference at 1:30 p.m. for an update. 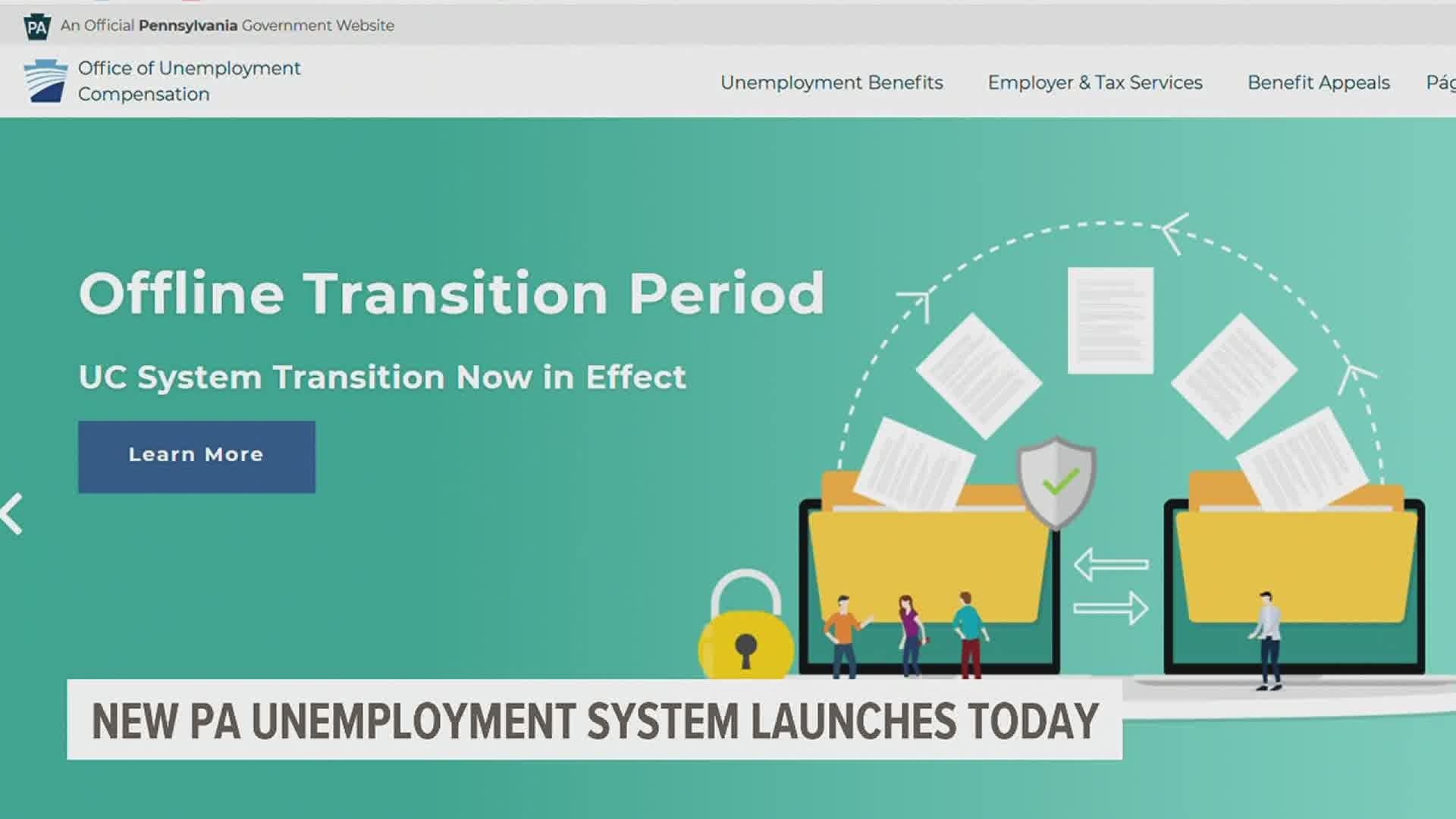 HARRISBURG, Pa. — The state's new unemployment compensation system is launching today and it's something many Pennsylvanians have been anticipating.

Currently the system is still offline going through the transition period. However, officials say the new system is on track to still go live today.

The Department of Labor and Industry (L&I) is wrapping up the final upgrades to Pennsylvania's Unemployment Compensation system. The old system has been completely shut down for several days.

This upgrade though, comes at a critical time. It follows complaints of delayed response times and slow claims, most likely due to the fact that it was a 40-year-old system.

The new system site is expected to be much faster and easier to use.

“We still have many key hurdles to cross, but the transition so far has been smooth, and we are ready for the new system to come online tomorrow,” Acting Secretary Jennifer Berrier said.

She also said they will have staff on hand working around the clock to help resolve anything that comes up during the transition period.

To help with the launch, the Department of L&I will be holding a series of 25 online workshops to teach claimants how everything works.

Three of them are scheduled for this week, including a workshop that will be held in Spanish.

FOX43 also helped answer some of our viewers most frequently asked questions about the system overhaul. You can find those FAQ's here.

It's unclear what time the new system will officially launch on Tuesday, but officials are holding a virtual news conference at 1:30 p.m. and are expected to have some updates.

The site is still down transitioning to the new system, so it’s unclear what time it’ll officially launch. A news conference with updates is scheduled for 1:30 p.m., stay with @FOX43 for the latest. pic.twitter.com/w8MtzDmn8Q