Hundreds of emergency responders have been badly injured or killed, while providing roadside assistance. The changes in the Move Over Law are to prevent deaths. 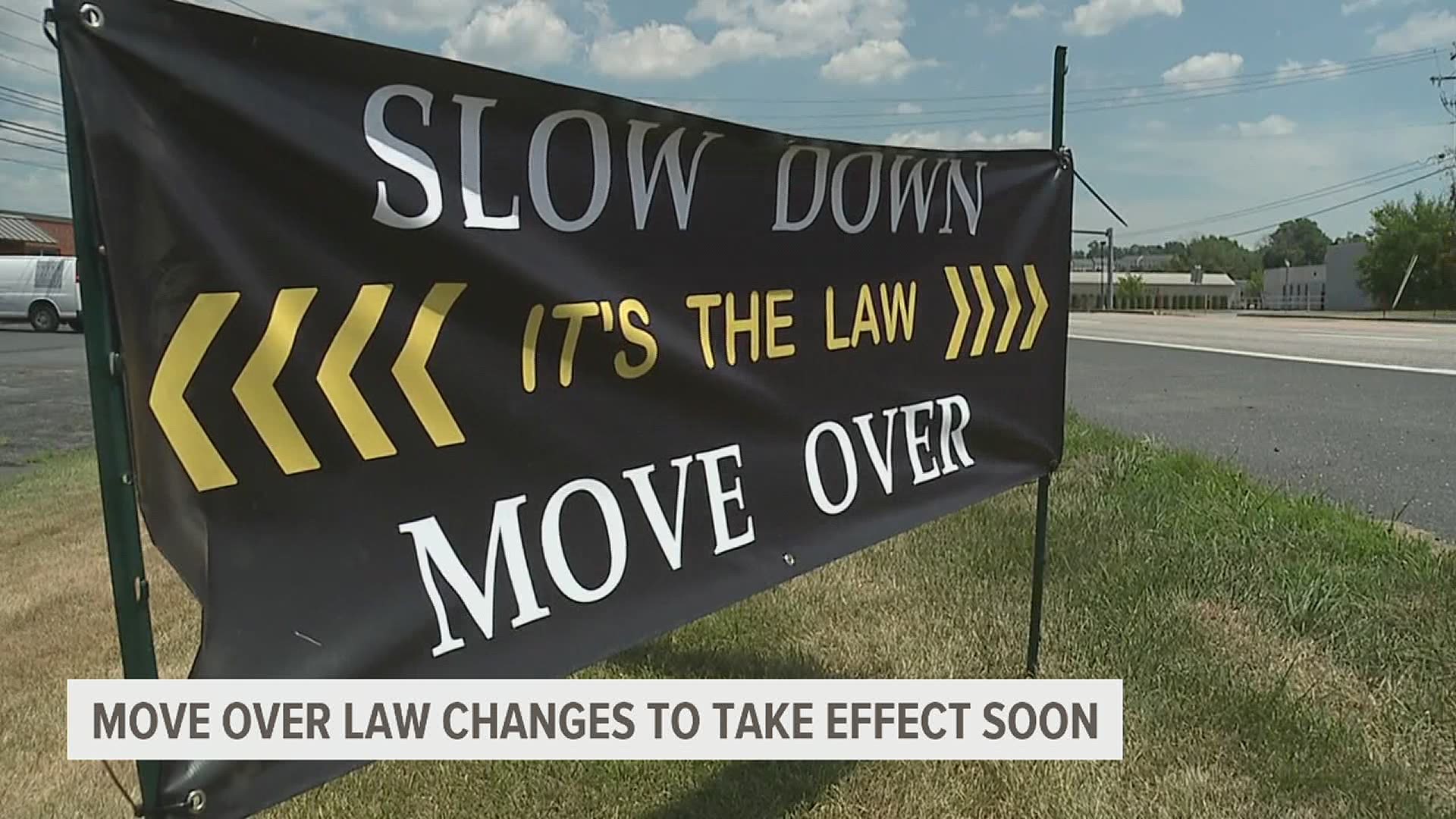 YORK COUNTY, Pa. — In three weeks new changes will be made to Pennsylvania's Move Over Law, which requires drivers approaching an emergency to safely merge away from the area.

Hundreds of emergency responders statewide have been either badly injured or killed, while providing roadside assistance. The changes in the Move Over Law are to help put an end to that.

On Tuesday the Center for Traffic Safety, the Northern York County Regional Police Department, and the parents of an officer who was killed by a distracted driver while conducting a crash reconstruction... will meet to get the word out about the Move Over Law.

Hundreds of first responders working to honor those who lost their lives working roadside. Including a retired State Police Sergeant, who was hit six years ago responding to a car fire on interstate 81... and survived.

“I gained membership into a pretty exclusive club. It’s a club that no one really wants to join, but the bottom line is that we don’t want any more members of this club. We want to make sure that everybody understand that it’s their obligation to slow down and move over,” said Retired State Police Sergeant Bob Bemis.

Penalties will soon be tougher for drivers who do not move over or slow down when approaching  traffic stop, of a disabled vehicle along the side of the road.

The changes in the Move Over Law will take effect on April 27.

Other changes to the law include:

A similar law—Title 75, Section 4572.2—requires motorists to move over or slow down when approaching a stationary trash or recycling truck.

In three weeks, drivers can expect changes in Pennsylvania’s Move Over Law to take effect.

Today, officials are increasing awareness on the law and its changes. More details coming up on @FOX43 pic.twitter.com/448mL36Lm3