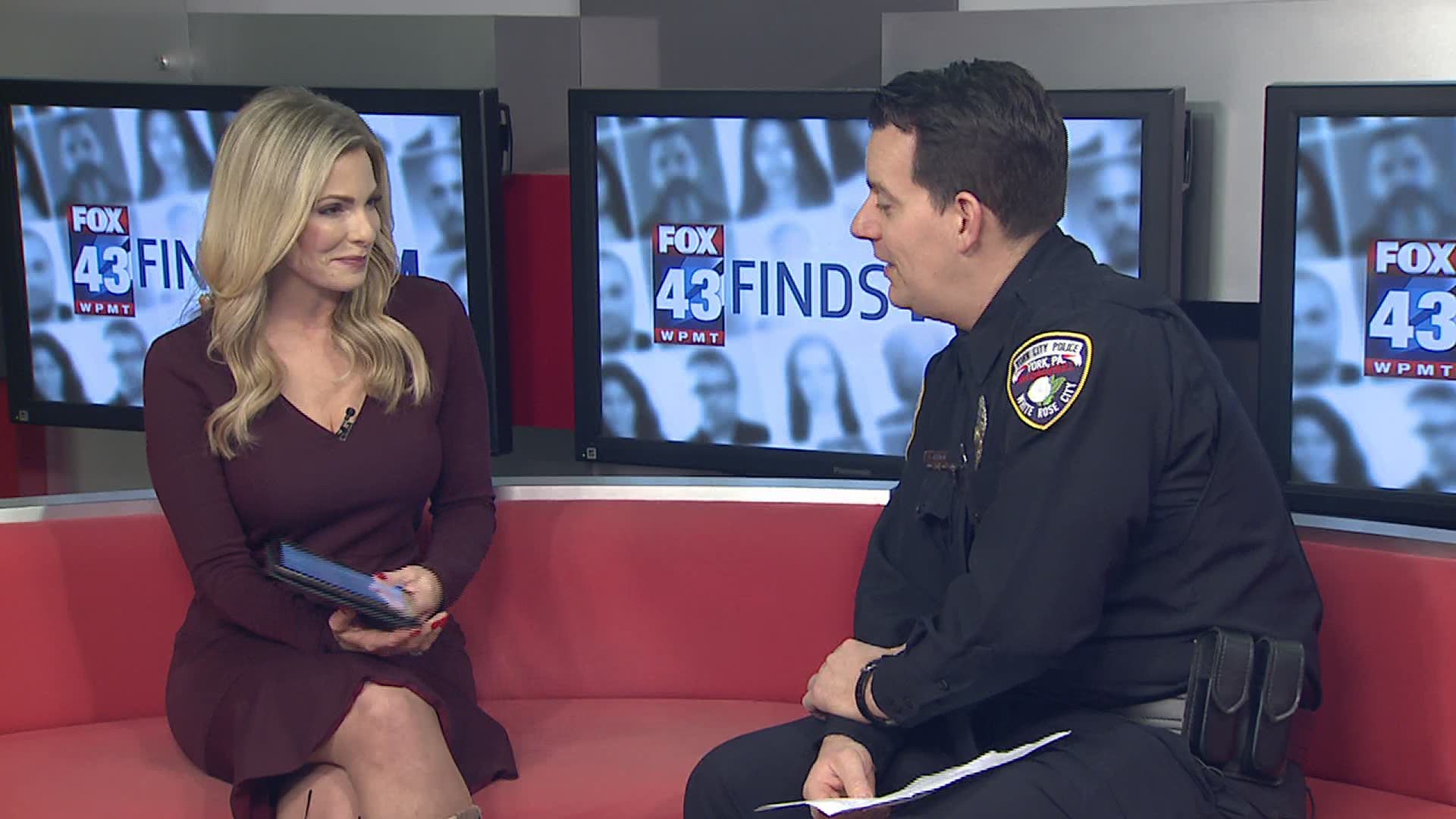 YORK COUNTY, Pa. — FOX43 Finds Them is a segment where police officers will stop by the set of FOX43 Morning News to offer up information on the Most Wanted criminals in the area. Today, Officer Derek Hartman of the York City Police Department stopped by to discuss the following wanted criminals:

On February 11, police investigated a shooting that occurred in the area of East Poplar Street and South Tremont Street.

Over the course of an investigation, police found that several individuals robbed and shot the victim.

One of those suspects is Nafis Goodman of York.

He is described as a 17-year-old light skinned black male.

On December 10, police responded to the 200 block of West College Avenue for a reported fire.

A victim told police that she had been in an argument with an ex-boyfriend, Quentin Curtis.

During the argument, Curtis began throwing clothes on the floor and then lit the clothes on fire.

He is wanted on Arson, Risking a Catastrophe, and Criminal Mischief charges.

Curtis is described as a 48-year-old black man who stands 6' tall and weighs 190 pounds.

James Freeman, 30, is wanted on possession with intent to deliver heroin.

The case originated in January 2018, and police are searching for him to answer to the charges.

He is described as a black man who stands about 5'7" tall and weighs 150 pounds.

4. You can help Police raise money for the Citizen Police Academy

This is a 4-week class that meets on Tuesdays and Thursdays and covers a wide variety of topics in the Police Field. Applicants can go to this link or stop by the Police Station for an application. Applications are due March 6th, 2020.

Submit a tip through the CRIMEWATCH App or at http://www.yorkcitypolice.com

2) fill out all available boxes