The current Pennsylvania minimum wage is $7.25 an hour. This rate hasn't gone up since 2009. 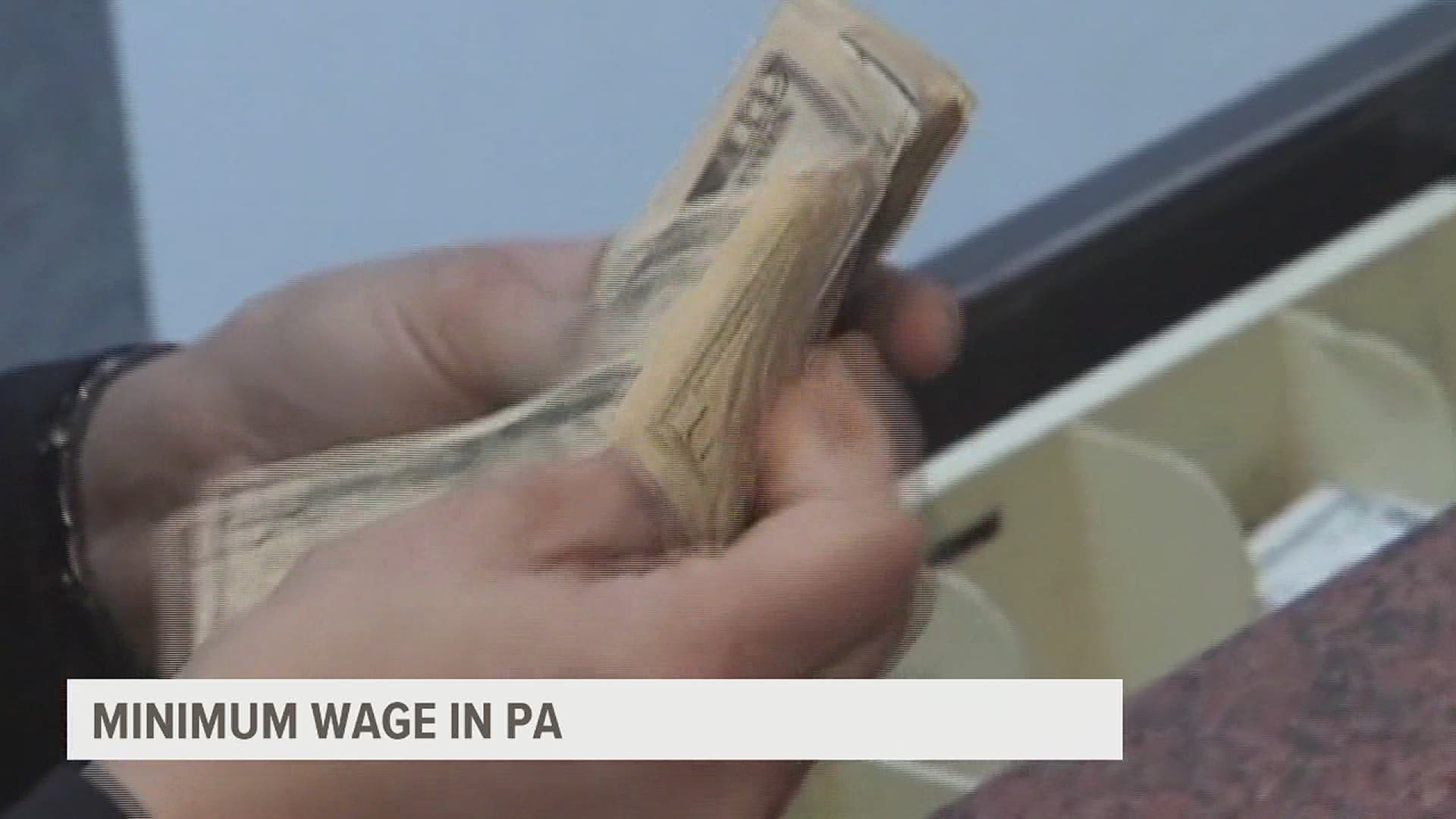 HARRISBURG, Pa. — Minimum wage in the Commonwealth hasn't gone up for more than a decade. For years there have been several pushes from Governor Tom Wolf to raise it.

Right now, the current Pennsylvania minimum wage is $7.25 an hour. This rate hasn't gone up since 2009.

This time last year Governor Wolf pushed for a sixth time to raise it, however with COVID-19 the focus has switched gears.

A plan for statewide response regarding COVID-19 remains a top priority, but this time last year Wolf called on lawmakers to raise the minimum wage to $12 an hour. He even hoped to go a step further, pushing for $15 an hour by 2026.

The General Assembly discussed a proposal in 2019 that would bring the number up to $9.50 an hour, but the legislation didn't pass.

Around the same time, FOX43 spoke with small businesses who said they were already paying their employees more than the state's minimum wage. It's now unclear how the pandemic has impacted that.

Wolf previously noted that PA's low minimum wage is driving Pennsylvanians across our border to work jobs in neighboring states.

So, how does Pennsylvania's minimum wage compare to states that border us?

According to the Labor Law Center -- Ohio, New York, New Jersey, and Maryland are seeing their minimum wage increase.

Of the ones mentioned above, West Virginia has the closest minimum wage to our rate in Pennsylvania with Ohio not far off.