Victoria's Law: Putting an end to inhumane sales of animals in Pennsylvania 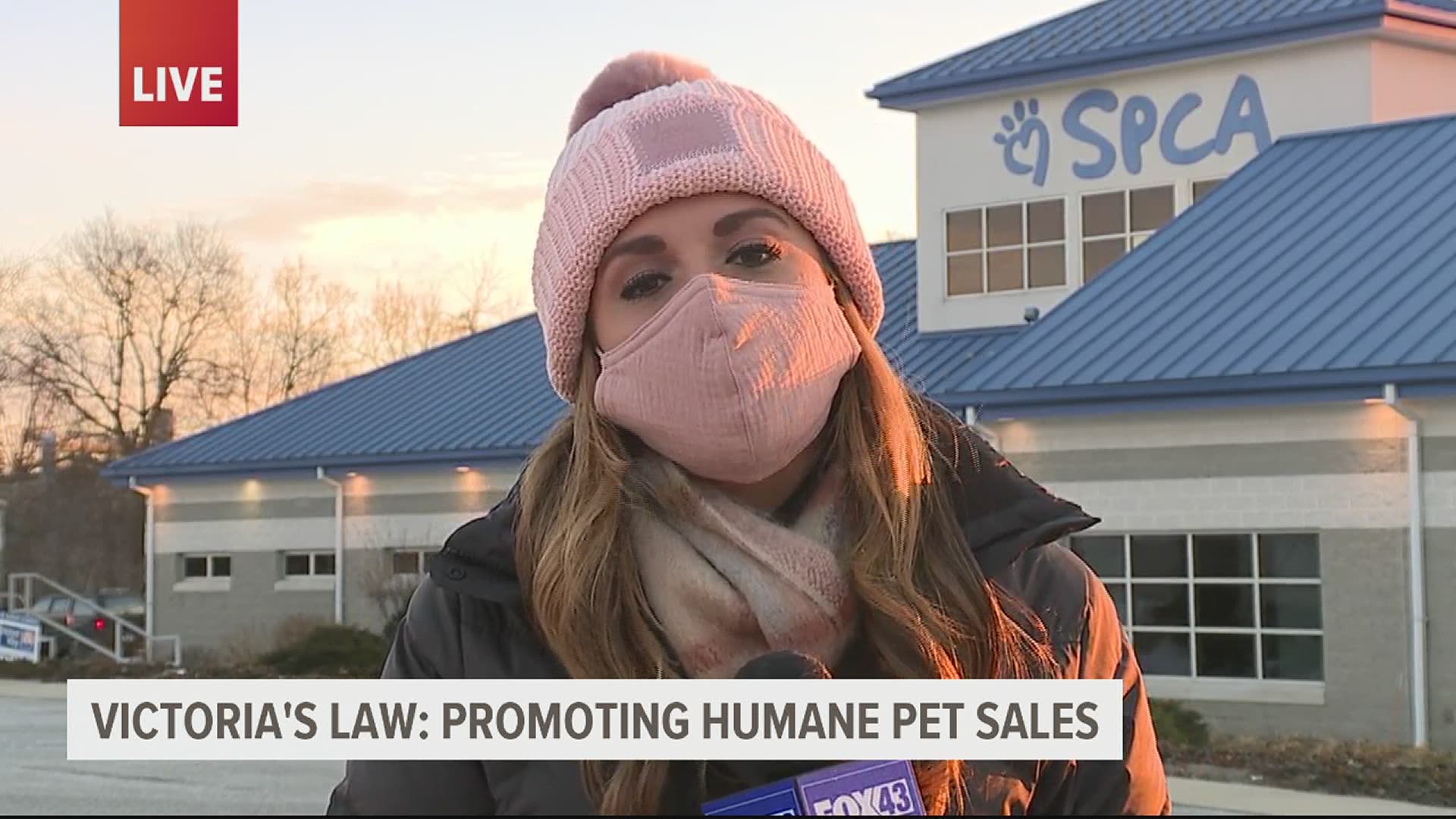 A handful of officials and advocates for the bill will join Phillips-Hill at 10:00 a.m., for the event at the York County SPCA.

The republican senator helped introduce Senate Bill 44, also known as Victoria's Law. It has been stalled in the state judiciary committee since 2019.

The piece of legislation is inspired and named after Victoria. She was a German Shepherd who was over bred for ten years at a puppy mill.

Happening Today: @SenatorKristin will be at the @YorkCountySPCA to discuss #VictoriasLaw, a bill aimed to stop the sale of puppy mill animals in pet stores across PA.

Puppy mill survivors will also be there, in addition to adoptable animals looking for a forever home. @FOX43 pic.twitter.com/Guiim80xC9

Victoria was bred with an incurable genetic disease that she passed along to over 150 puppies. Ultimately, the goal is to have pet stores offer homeless animals from shelters and rescues, and not animals from puppy mills.

According to officials the bill also protects consumers from being duped into supporting puppy mills that treat animals like breeding machines. Often new pet owners aren't aware of what they are supporting.

The bill also aims for more transparency. It would require those selling dogs to provide a license number, name, and address.

While officials continue to push this bill forward, they encourage people to educate themselves and to become part of the solution rather than contributing to the problem.

There will also be a handful of puppy mill survivors and pets up for adoption at the event. Organizers are asking those who attend to practice social distancing and to please wear a mask.