The owner of Ted's Bar and Grill in Lebanon County wants to help local athlete reach his Olympic goals. 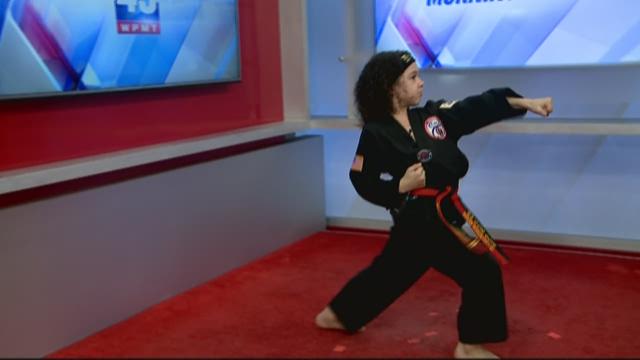 YORK, Pa. — At just 8-years-old, Joshua Aguirre, of Lebanon, has a long list of accomplishments.

He's a state champion in both Pennsylvania and Maryland.

If that's not impressive enough, he's one of the youngest ever to have earned a second-degree black belt in Taekwondo.

Joshua has a lot of goals he still wants so achieve, but the biggest is competing in the 2028 Olympics.

On Friday, February 21, Ted's Bar & Grill in Annville is hosting a fundraiser to help Joshua achieve his dreams.

Joshua, along with his mom, and employees from Ted's Bar & Grill, stopped by FOX43 Morning News to talk more about the event.

He also couldn't pass up an opportunity to show off some moves!

Check it all out in the clip above.