The temporary testing site at Harrisburg Area Community College - York Campus, will only be in York County for five days. 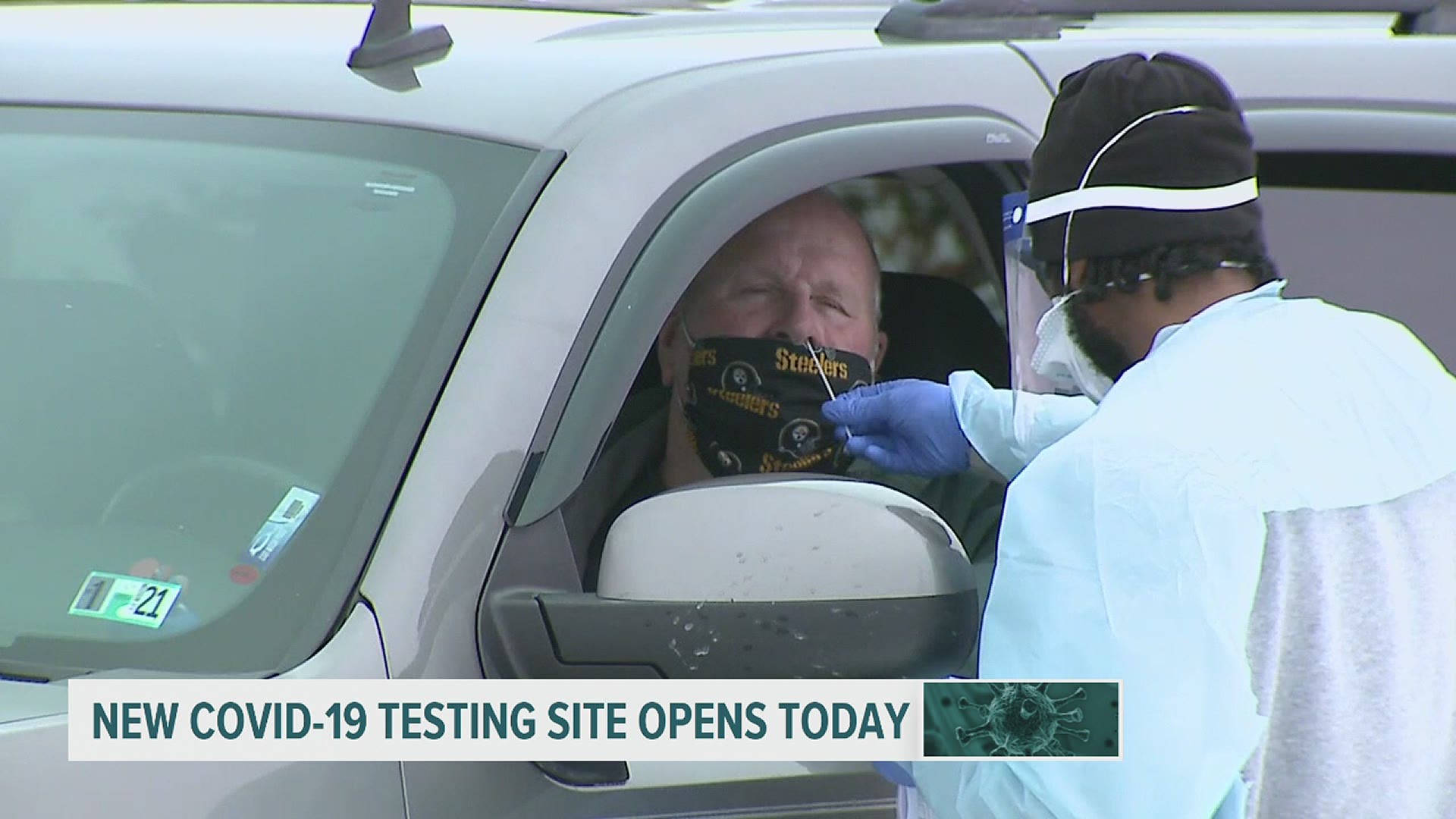 YORK COUNTY, Pa. — We are now entering week nine of regional COVID-19 testing in Pennsylvania. Our of the testing sites in six new counties, one will be set up in South Central Pennsylvania.

The temporary testing site at Harrisburg Area Community College - York Campus, will only be in York County for five days.

The Department of Health is working with AMI Testing to make these pop-up sites possible.

AMI team members tell FOX43 there is a slight delay regarding set up at HACC, York. Patients can still arrive starting at 9:00 a.m. and will be able to get tested, however no signs or tents will fully be up and running until Friday afternoon.

THIS MORNING: A free #COVID19 testing site will open at HACC York Campus at 9 a.m.

The regional testing sites change on a weekly basis putting one of the latest centers in York County.

After testing wraps up here other counties will see similar pop-up test centers until all 61 Pennsylvania counties have been covered.

They can test up to 450 patients a day, with mid nasal passage swab "PCR" tests. It's free, and open to both county and non-county residents.

Patients have to be over three-years-old, but aren't required to show any symptoms.

Appointments aren't needed, but a photo ID or an insurance card should be present for testing

The clinic is on a first come first serve basis. Turnaround time to get test results back can be two to seven days.