Pulisic, 22, is a Hershey native, and is stopping at PA Classics Soccer Park in Lancaster County for a special ribbon cutting ceremony. 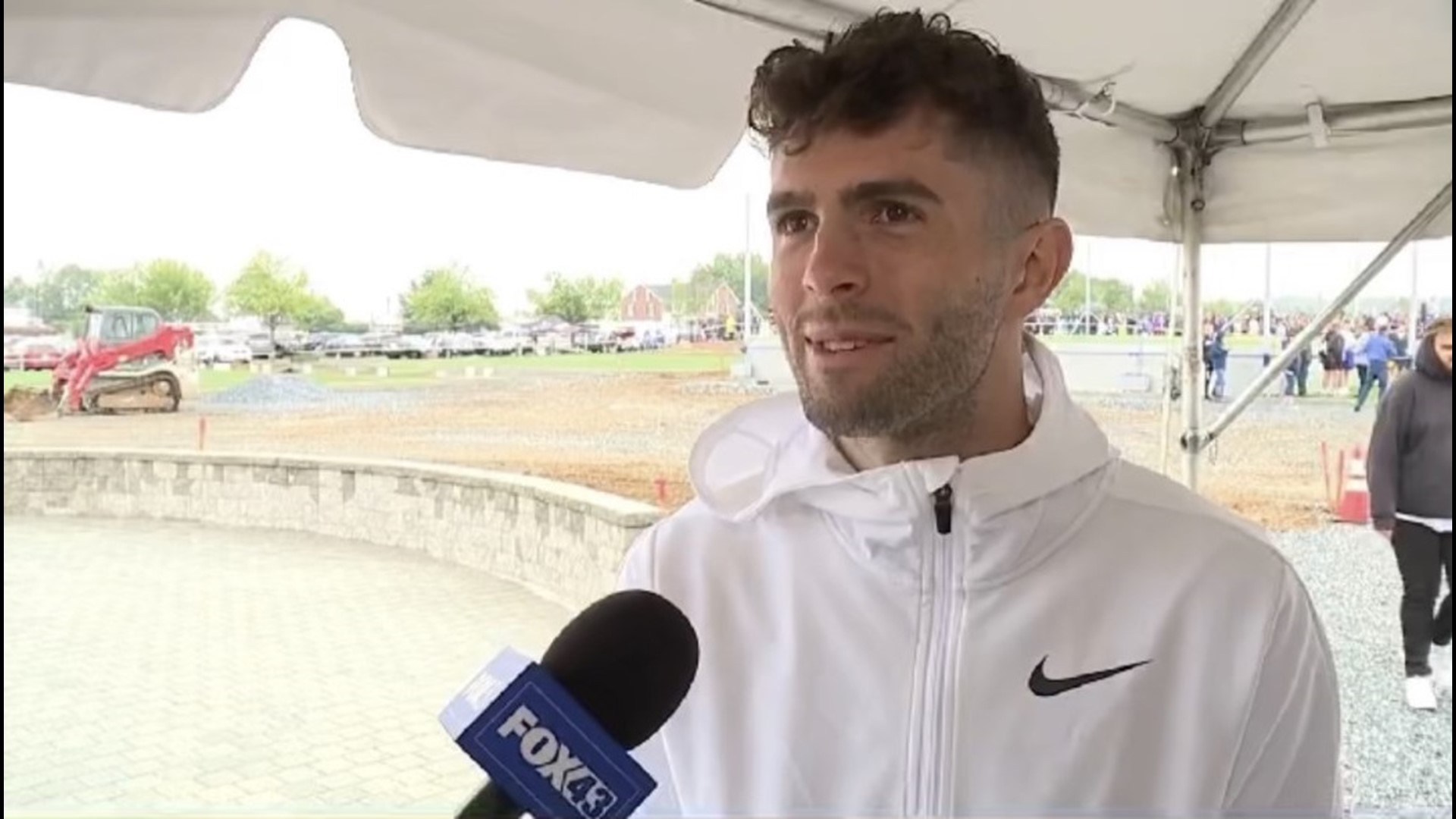 LANCASTER COUNTY, Pa. — It's a big day for South Central PA! Christian Pulisic will be at PA Classics Soccer Park in Lancaster County.

The US Soccer star and Hershey native, is making the stop home on Friday for a special ribbon cutting ceremony.

On top of his busy schedule and his recent success -- he was heavily involved in the planning and donated the funds to build new fields for PA Classics.

⚽️ US soccer pro and Hershey native is giving back to his old stomping grounds... @cpulisic_10 is making a stop home today!

We’ll have more on his involvement in making sure @PAClassics got some new training fields, coming up on @FOX43 🥅 pic.twitter.com/dkgbwnLJlj

The new facility has been named, 'Pulisic Stomping Grounds'. On Thursday, the club was busy preparing for his arrival. Pulisic, his dad, and the Director of Coaching for PA Classics all worked together to design the training fields.

Although the training center isn't quite finished yet, the President and Co-Founder of PA Classics Doug Harris, says it was important to have Christian there because of his involvement in making this all happen.

"It’s awesome! I mean Christian obviously is attained to a pretty high level, It’s been fantastic to watch his journey and to just know that Central PA has a little bit of a role in that... from Hershey to Lancaster and parts in between," Harris said.

Harris says whether you personally know Christian or not, it's really cool to see everybody watching his ride, supporting him, and cheering him on.

Before the ribbon cutting ceremony kicks off, Pulisic will be hosting a youth soccer clinic. Harris says the kids are eager to learn from one of the best in the game.

The event is happening rain or shine. Pulisic is also expected to speak before the ribbon cutting ceremony begins at noon.