A golden retriever that went missing around Thanksgiving, is finally back home with her family. 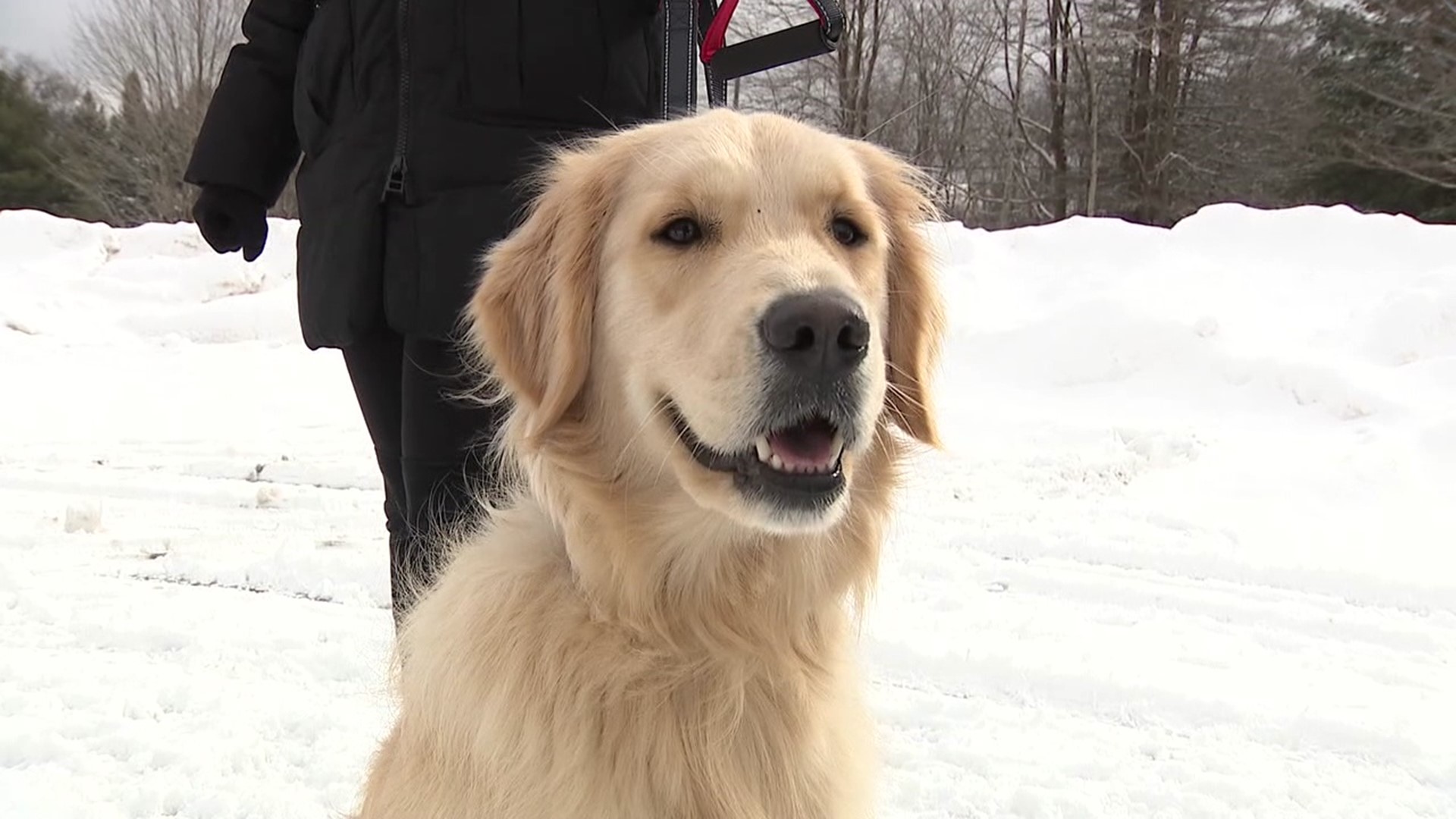 TOBYHANNA, Pa. — If 2-year-old Sandy could talk, she'd probably have quite the story to tell. This young golden retriever had been missing since Thanksgiving. She was just recently reunited with her family in Tobyhanna.

"Everyone kept the faith and told me that if I stayed positive, she would come back home and she did," said Kaitlyn Kolinsky, Coolbaugh Township.

The great escape went like this. Sandy's owner Kaitlin Kolinsky says she was at a dog park in Coolbaugh Township when Sandy heard a noise she apparently didn't like coming from the nearby skate park.

Sandy took off with her leash still connected to her. The family searched for days, put up flyers, and contacted missing animal organizations.

Last week, Brian Neipert who lives in Tobyhanna found Sandy. He had seen the missing flyers and looked for her back in November but figured she was long gone.

"I was working and came out of my garage. I heard a dog barking. I thought it was a fox or coyote. It wasn't, well it ended up not being that because I heard a bark. I got some flashlights and I went and looked, and it was stuck under some trees, its leash had got stuck. I guess it was there since it got lost or a little after it got lost," said Neipert.

Sandy was found not far from where she ran off in the woods. When she was found she was dehydrated and skinny but don't worry, she's gaining all that weight back.

Kolinsky says while she's thrilled to have Sandy back, she's especially grateful she was found before the major snowstorm earlier this week.

"I think that would have been the worst time for her if she got stuck in that snow," said Kolinsky.