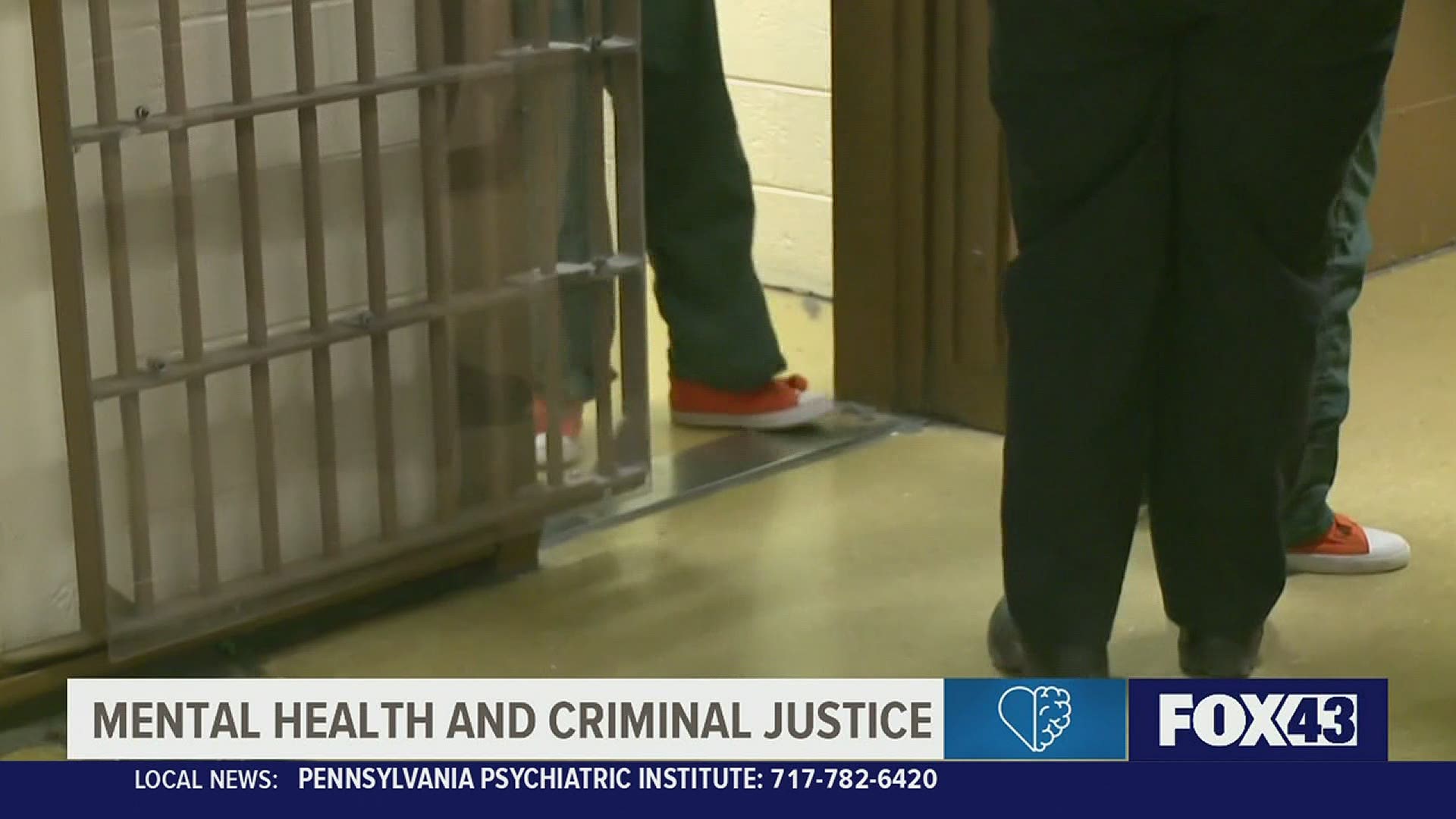 DAUPHIN COUNTY, Pa. — In Dauphin County, the way officials are dealing with people with severe mental health illness has been nationally recognized. Through a program implemented over the last few years, they've been able to significantly cut down on the amount of people being held in the county prison.

"mental illness is not a crime," said Dauphin County Commissioner George Hartwick when speaking about the county's Stepping Up program.

Its goal is to reduce the number of people with mental illness spending time in prison. In 2016, Dauphin County launched the initiative.

"The idea that someone struggling from a mental illness serving time in county prison does not make them better," said Hartwick.

In the county, District Attorney Fran Chardo says, he was surprised to find people with mental illness were spending significantly more time in the Dauphin County Prison compared to those without a mental illness.

"Not everybody belongs in jail or prison and certainly people with a serious mental illness that haven't committed really really serious offenses we have to find ways addressing them outside the context of the prison," said DA Chardo.

The program works by training officers on crisis intervention and teaming them up with mental health crisis workers to respond to calls together.

"We realize once we get to those scenes, we have time, time to talk and time to deescalate," said Deputy Chief Dennis Sorensen with Harrisburg Police.

The department has 49 officers that have completed a 40-hour crisis intervention training. Deputy Chief Sorensen says, the initiative gives officers another tool in their tool box when responding to a call.

"We realize we have to take a different approach here," said Deputy Chief Sorensen. "We're trying to keep them safe and get them into the treatment that they need."

The initiative appears to be working in Dauphin County. In March, of the 150 people referred for mental illness resources, 10 were charged. Every case is handled on a case by case basis.

For those who end up serving time for more serious crimes, but have a mental health illness, Ashley Yinger, the county's coordinator for the initiative says, everyone will get the help they need.

"We still take into consideration their treatment need whenever they are getting released from the prison to make sure they successfully come back into the community and give them the services they need," said Yinger.