Counselors will provide additional support to police during calls which involve mental illness. They will be available 24/7 when needed at no cost to the taxpayer. 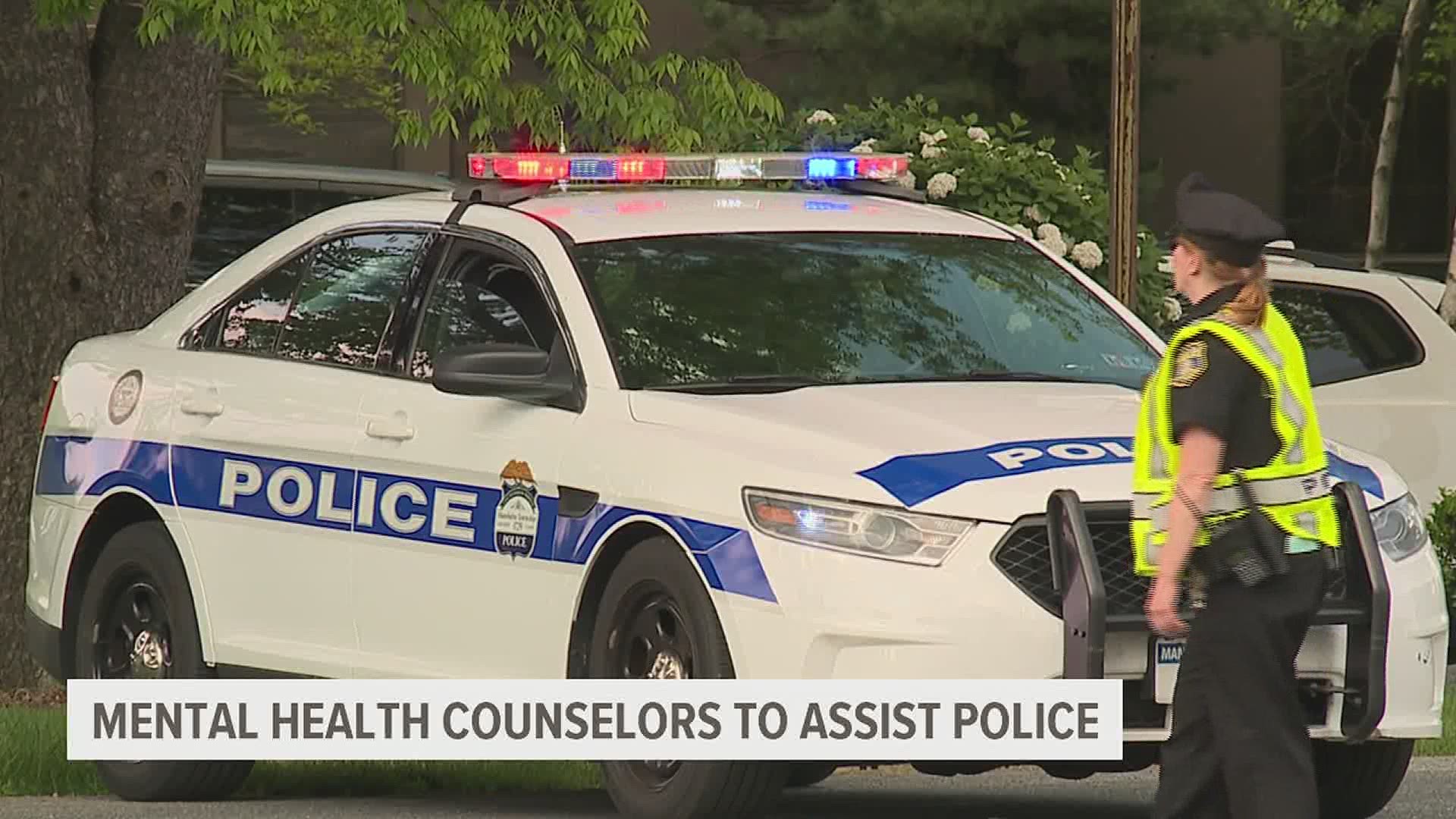 "There was an individual potentially looking to jump off a bridge, and we were able to respond with West Lampeter Township Police and get that person the help that he needed. That call in particular inspired us because the ability to impact somebody's life through this is huge," said Dreisbach.

The test run ended Monday morning. However, Dreisbach says Blueprints workers will continue to provide mental health support when called upon. He is looking for a permanent funding source to keep the program going into the future.

Starting tomorrow night, counselors will be assisting police officers on some calls in Lancaster County. More than a dozen police departments have opted into a test program with Blueprints for Addiction Recovery.

However, Chief Wiczkowski says officers can't always provide the best help during situations that involve mental illness. They don't have the capability or extensive training to screen people for mental health disorders, refer patients, or actually provide treatment. The professionals do.

The chief hopes that will soon change. Starting this weekend, 13 participating Lancaster County police departments will have someone to call. Counselors with Blueprints for Addiction Recovery will be available 24-7 to respond to police emergencies that deal with mental health.

Blueprints already has the infrastructure in place to do so with its Second Chance PA Initiative. When called upon, addiction recovery specialists assist police on calls involving drugs and alcohol.

The weekend will serve as a test run of what CEO and Founder Chris Dreisbach hopes will become a permanent asset for the county.

"It's something that has been near and dear to my heart for a long time, and mental health response has been something severely lacking, not just within law enforcement but with the whole system itself," explained Dreisbach.

Dreisbach is currently footing the bill in hopes the program does take off.

The City of Lancaster has also taken steps to help its police force. City officials hired two social workers who, when needed, leave the station to assist officers. They also work with people who walk into the police station who have issues that are more geared towards social service than criminal justice.