From Purple Hearts to Bronze Stars, hundreds of unclaimed military honors are in a locked state vault. The Pa. Treasurer is working to find their rightful homes. 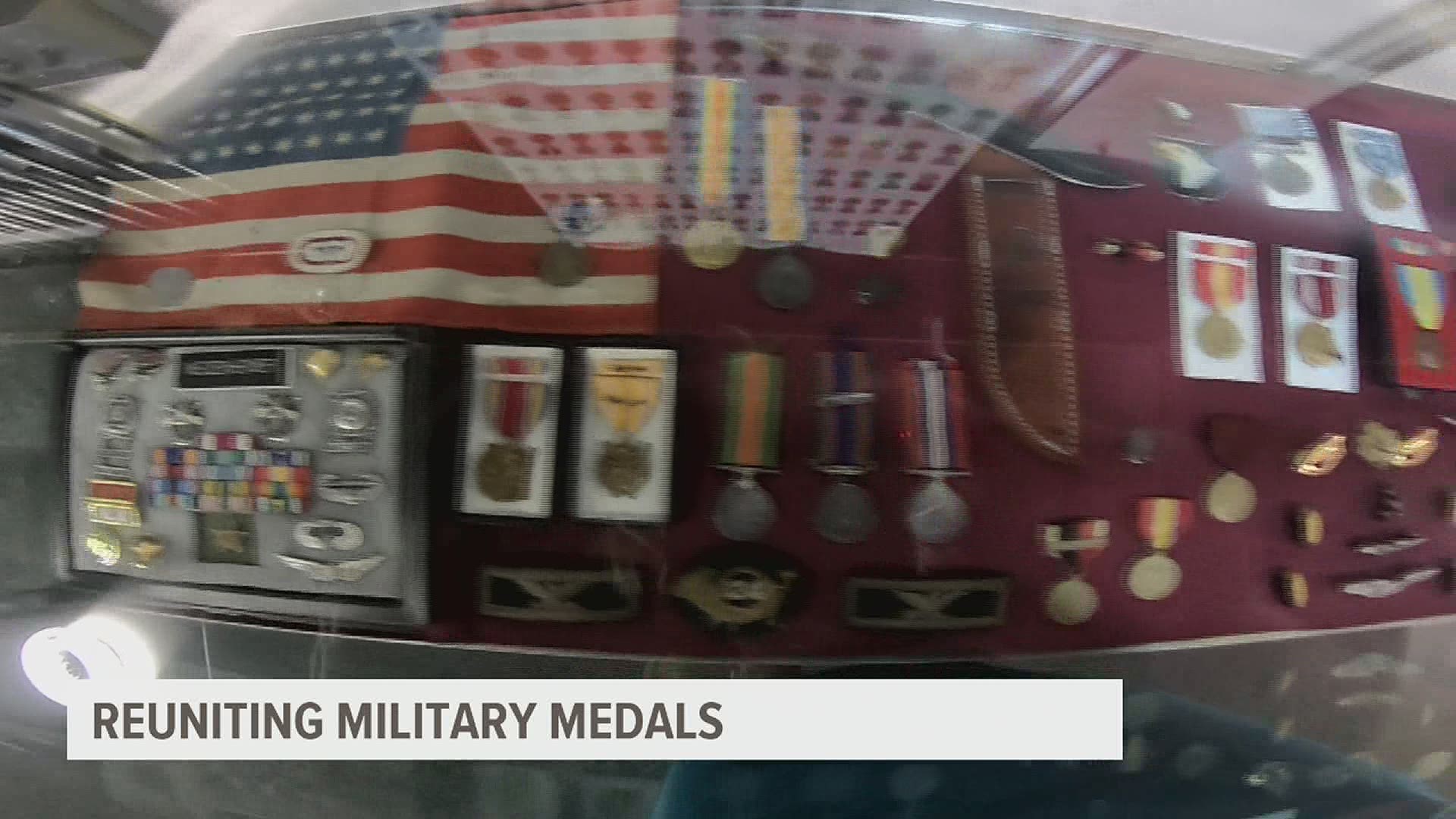 PENNSYLVANIA, USA — Inside the locked vault of the PA Treasury sits Purple Hearts, Bronze Stars, and countless other military decorations. Identifying whom the military honors belong to, however, is a labor of love.

"We never get rid of them. We keep them until we do find the owner. And, sometimes it takes a lot of detective work," said Treasurer Stacy Garrity who is now on a mission to return as many decorations as possible.

FOX43 was given the opportunity to tour the vault where the honors are kept, deep underground behind multiple locked doors and 400 tons of steel. To date, the Treasury has returned 370 military decorations with 659 more inside the vault still yet to be returned.

"As a veteran myself, I spent 30 years in the United States Army Reserves, just knowing that a Purple Heart recipient...you know, somebody that you know almost made the ultimate sacrifice... I mean these heroes. It's so incredibly important to me that these military decorations are returned," Garrity said.

Pennsylvania has nearly $4 billion worth of unclaimed property in its possession. Much of that property is auctioned if it remains unclaimed after 3 years. However, military medals are never sold in order to give every chance for an owner to come forward.

Abandoned safety deposit boxes supply the state with much of its unclaimed property. To date, the 1939 vault is the largest operating in the country. Other unclaimed property inside the vault includes jewelry, coins, silver, and more.

The PA Treasury is also updating its claim website staring June 7 in an attempt to speed up the processing of claims.