Jonathan Bauer said he was driving with his daughter over an Ocean City bridge shortly before he saw a 2-year-old girl in the water below. 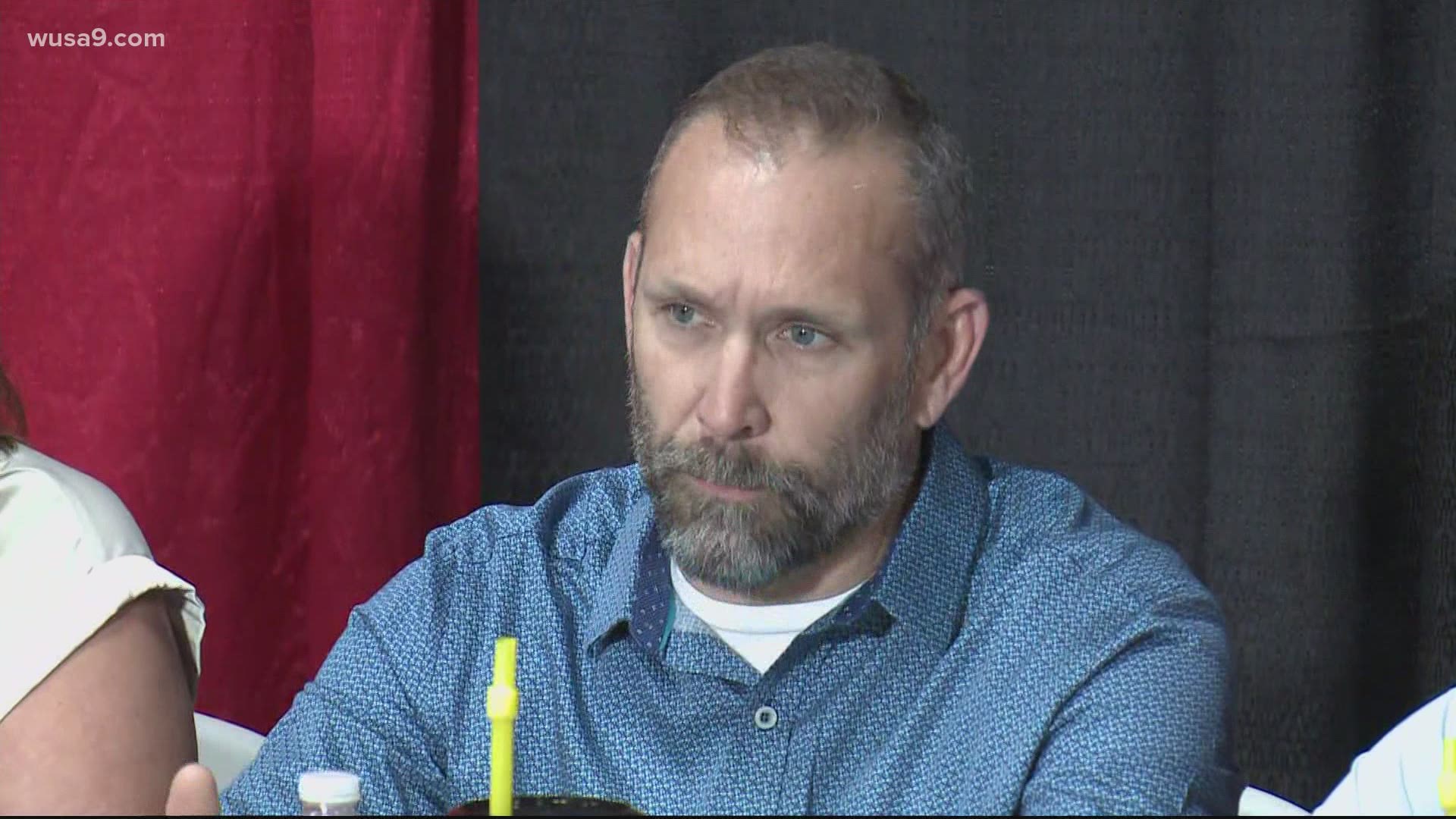 OCEAN CITY, Md. — The man who rescued a toddler from drowning in a Maryland bay spoke to the public for the first time Friday.

On Sunday, emergency crews responded to a five-vehicle crash on the Route 90 bridge over Assawoman Bay in Ocean City. Authorities said the crash caused a two-year-old girl in a car seat to eject from a pickup truck into the water below.

Shortly after, a man quickly jumped into the bay to save the girl. Police said more Good Samaritans then arrived to pull them out of the water.

The girl is expected to make a full recovery. Officials say she was released from a local hospital Monday night.

On Friday, Ocean City officials identified the man who rescued the girl as Jonathan Bauer during a press conference at an Ocean City fire department station.

Bauer said he was driving on the bridge with his daughter after a day of working on their boat when he suddenly heard a sound in front of him.

“The first thing I remember was hearing cars screech,” he said.

Bauer said a car then collided with his vehicle. He said after he got out of his car to check on his daughter, he then saw a person trying to get out of a truck that was teetering over the edge of the bridge.

“We heard yelling up ahead and it was where the truck was on the railing,” he said.

Bauer said a person then got out of the truck and pointed to the water below.

“He didn’t really say anything to me,” Bauer said. “He just pointed down to the water and when I looked over, I saw the car seat, some other items, and then about 6 feet from the car seat was the little girl. She was on her back.”

The girl’s head was out of the water, at first, according to Bauer. But, then, she flipped over in her car seat.

Bauer said it was that moment he knew he had to act.

He told his daughter to grab the first firefighter or police officer she would see in the area.

He swam to the girl and immediately started to pat her back to make her spit up water. Bauer said a few moments later he then saw police on the bridge.

At that moment, he said he breathed a sigh of relief.

“The whole reason we came down [to the station] was to thank you guys for what you did that day,” Bauer said. “Staying with my daughter, taking the little girl from my arms.”

The Oertel family then came by on a pontoon boat to take Bauer and the girl out of the water.

“I'm really surprised that he was not injured,” Joe Oertel told WUSA9 earlier in the week. “It's only about four to five feet deep right along where he where the accident was and where he had to jump in.”

Here's Jonathan Bauer -- the Good Samaritan who dived into the Assawoman Bay, in Ocean City, to rescue a 2-yo girl who was ejected into the water during a car crash Sunday. He spoke to @scottbroom & other reporters about the experience. He thanked OC emergency crews too. (@wusa9) pic.twitter.com/sKJDLjoeaB

Chief Bowers pointed out how humble Bauer is despite his actions over the weekend.

“This is a tough day for Jonathan, probably tougher than the day he jumped over the bridge,” Bowers said. “Simply because this is not his comfort zone.”

But Bowers also pointed out that emergency crews, including local police, firefighters, and paramedics helped in the effort too.

“This is a team effort, not one person,” he said. “But a team was successful on that day.”

Officials say eight people were injured in the incident. Ultimately, no one died.

“This is a day of thank yous,” Meehan said. “This was a real tragic accident that occurred on the Route 90 bridge and the good news is that everyone is okay.”