If you want to help, they'll take furniture and other donations, volunteers, and money. 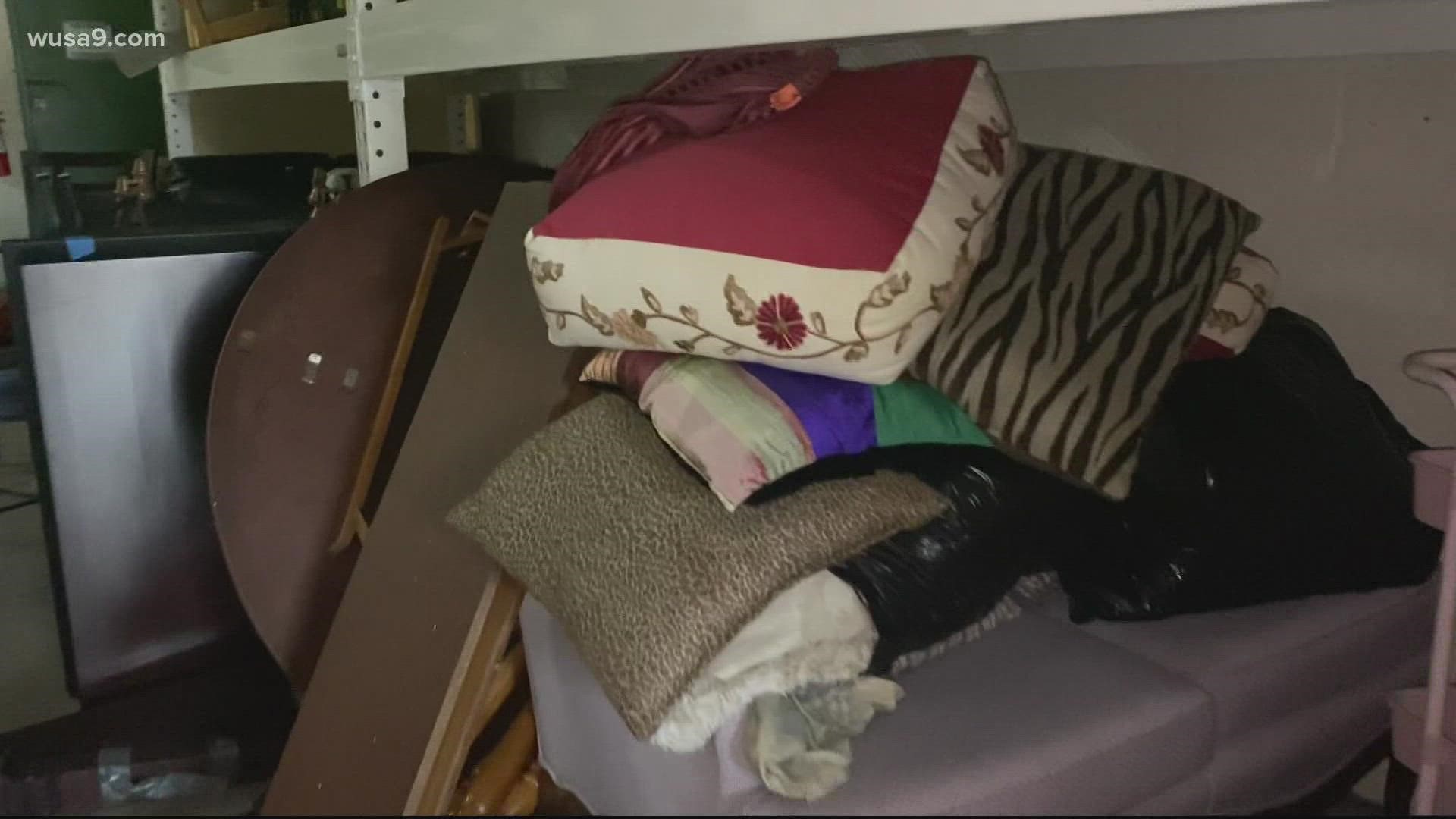 GREATER LANDOVER, Maryland — As hundreds of families try to flee Afghanistan amid the U.S. withdrawal, a local non-profit is helping them make a home in the DMV.

The group Homes Not Borders has been helping furnish homes for Afghan refugees since 2016. Born out of a church group, it's grown into a non-profit that frequently works with government resettlement agencies.

Before the pandemic and border closure, executive director Laura Osuri said they helped about two families a week. Since President Biden announced the withdrawal, she said that number has more than doubled to about seven this week alone.

"It's a lot, but you know, we're happy to set up for them and glad they're here and not in Afghanistan," Osuri said. "So yeah, definitely, definitely want to help them."

The group collects donations like furniture and dishware and holds the supplies in a warehouse in Landover.

Then, once a resettlement agency secures a home for the family and contacts Homes Not Borders, volunteers will set up an apartment for the family -- usually in one of a few apartment complexes in Prince George's County.

Now, she said they're mainly helping SIVs or Afghans who worked for/aided the U.S. government.

RELATED: How you can help Afghan refugees

So many of us have been wondering how to help families trying to flee Afghanistan.

The non-profit @HNB_US is helping furnish homes for Afghans as they arrive in the DMV.

I'll have more on how you can help on @wusa9 at 11. pic.twitter.com/JMBehi1PQ5

Osuri said the government agencies will provide the basics like a bed -- but nothing that feels like a home. That's where her organization steps in, filling the apartment with matching furniture and toys -- even artwork for the walls.

“It just really gives them a great place to start their life," Osuri said. "I mean, they're walking into a beautifully designed and furnished apartment, meeting all their needs and so they can focus on other things, you know, like finding a job.”

It's a task she takes personally as she prays for her friends stuck in Afghanistan. Some of them her organization had helped in the past -- and they returned to their home country for a family matter. Now, they can't get out.

If you want to help Homes Not Borders, Osuri said they need things like couches, dressers and new mattresses. They'd also love volunteers and money.