A call for service turned into a moment of compassion. Here's how this police officer saved the day 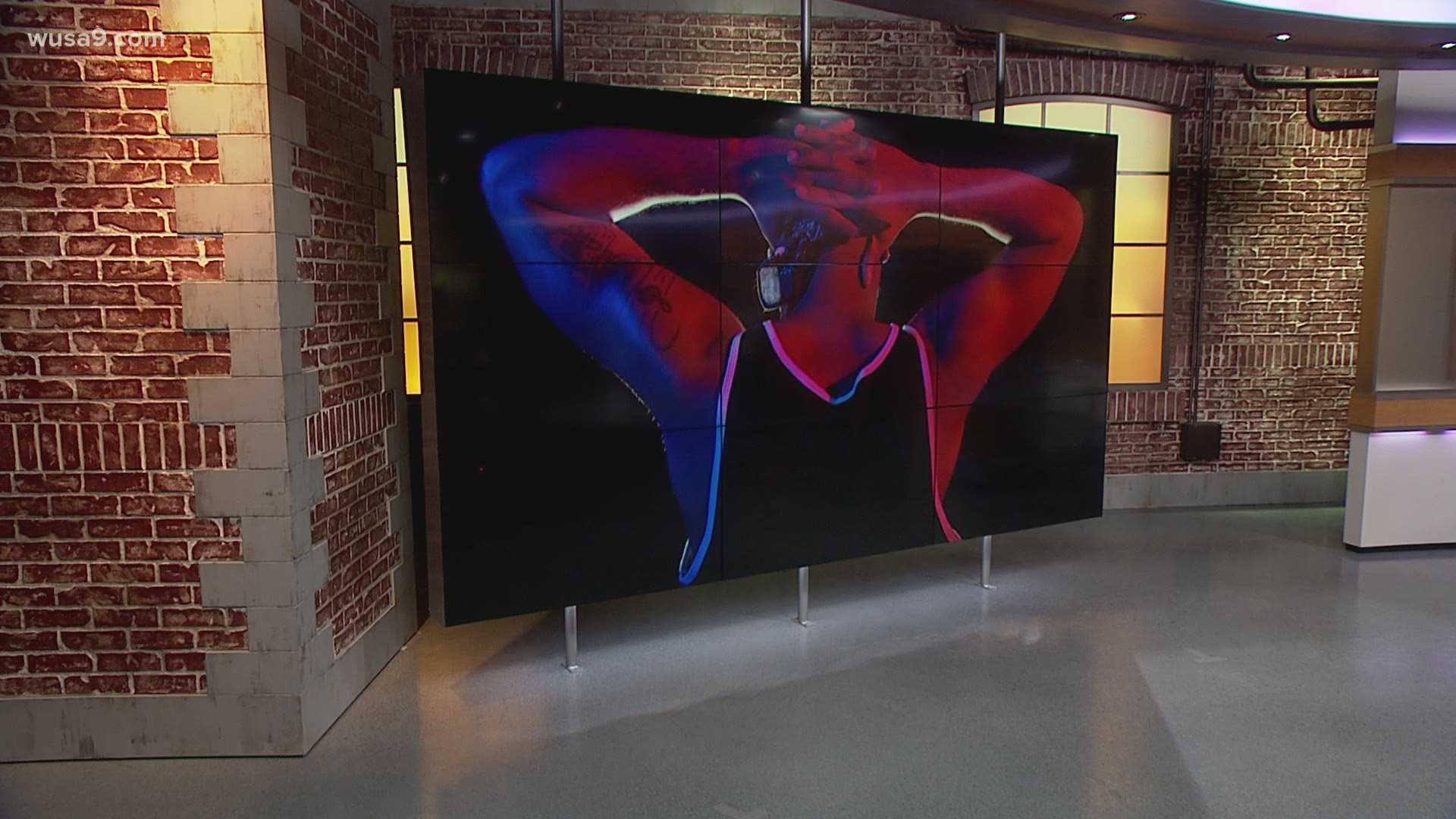 HYATTSVILLE, Md. — The push to educate law enforcement officials on mental health calls has been stronger than ever following recent police shootings across the United States.

In the DMV, a Hyattsville Police Department (HPD) officer was put to the test when he came to the rescue and helped a man who police said appeared to have been in psychological distress.

HPD Officer Andrickson-Franko and Officer Gaskill were called to the scene of a convenience store after an employee reported a man being disorderly and possibly intoxicated, police said. To their surprise, officers noticed that the man was in distress.

According to a Facebook post, when the man abruptly sat down, Officer Andrickson-Franko immediately sat down with him to calm him down. Andrickson-Franko asked the man for his phone and was able to call the first number seen in the call log, police said. Luckily, the person contacted was a family member who directed the officer to contact another family member who was able to go to the scene.

The family member told police that the man had a medical procedure done a few weeks ago and may have mixed up his medication which caused him to be disorderly. Officials said the family member was able to take the man to get the help that he needed.

"The family was incredibly grateful and shared thanks for how the officer handled the situation," Adrienne Augustus, mental health and wellness program manager with Hyattsville Police Department, said.

Following a string of police shootings and a national conversation surrounding the use of force in policing and law enforcement accountability, photos and video footage of police encounters have more often been viewed in a negative light.

"This photo is an example of what our officers do every day," Augustus said. "They do frequently help people, we just don't always have the photos and the videos to share.

The Hyattsville Police Department officially started Phase 1 of their new mental health and wellness program last week. The initiative was implemented to train officers on how to compassionately respond to mental health crises and defuse situations that involve mental health patrons. Officers in the department recently completed a full day of mental health first aid for law enforcement training.

Under Augustus' leadership, the department's mission to lead it in a progressive direction is not only to train officers on better policing tactics when addressing mental health, but the program will also plan to support first responders’ mental wellness.

According to Augustus, data shows that one in five adults in the U.S will experience a mental health condition and statistics indicate law enforcement officers are more than twice as likely to die by suicide than by homicide.

HPD officers have robust training every year but don't have in-depth training on mental illness, whether it be on the job or with themselves, Augustus said.

“Our residents deserve law enforcement first responders who are able to bring their healthiest selves in mind and body to work," City Councilmember Daniel Peabody, who presented the wellness check-in program at a February City Council meeting and received a unanimous show of support from the Council, said. "We ask a lot of them, and they deserve our investment in their mental wellness as they do the intense work of promoting safety in our community."

The department is still looking for funding from the city, county and state to cover the mental wellness check-in program for officers.

“This is an incredibly progressive department when it comes to embracing concepts like mental health and wellness, so this is the right agency to pilot such a ground-breaking program,” acting Chief of Police Scott Dunklee said in a statement. “This will provide life-saving tools our officers and dispatchers can use for the community and themselves, right now."

In April, a few HPD officers will partner with Prince George's Police Department to conduct a crisis intervention training.  HPD is also looking to having a mental health and wellness day for the community. That program will include social service outreach with emergency referral services and a food pantry, which is set to open by summer 2023 with the opening of Hyattsville’s new Police and Public Safety building.

All in all, Officer Andrickson-Franko's behavior offers a glimpse into the future of policing, and how a moment of empathy, compassion and proper mental health education can go a long way.