Many employers offering incentives to work, but those added perks could hurt your wallet down the road

The PA Chamber of Business and Industry believes the added perks could accelerate inflation. 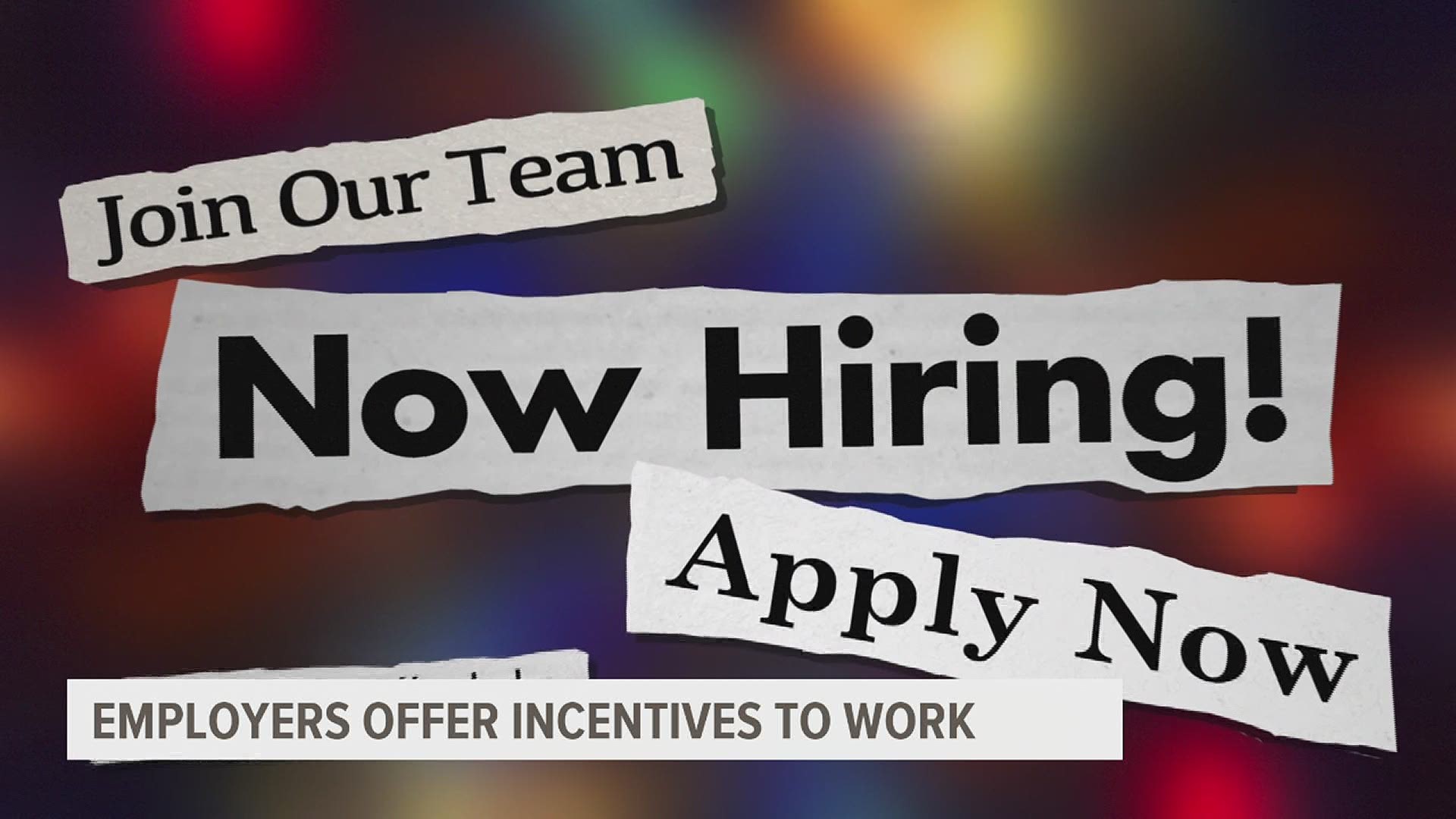 Many places are offering sign-on bonuses to incentivize people to work.

Incentives may help businesses hire, though, those perks could be bad for people's wallets down the road.

Elsner is looking to hire too.

"We're super busy, and when COVID hit, we got even busier," explained Smith.

That's because Elsner workers build the machines which produce the cleaning cloths so many people have used over the past year.

"When I started we had 70 employees. As of Monday, we have 143 employees. We have quite literally doubled in size," explained Smith. "It has been extremely difficult to find those people, and recruitment and hiring is a challenge for us."

How can we attract new workers? That's a question many employers are asking right now.

"We have offered sign on bonuses. Current employees receive referral bonuses," explained Smith. "We've had to consider relocation assistance so we're looking beyond the Hanover area for positions especially like our engineers. We've looked at increasing pay rates to be more attractive."

"The biggest I've heard is $1,500 for fast food. I've heard of people adding $2 per hour," said Gene Barr, President and CEO of the Pennsylvania Chamber of Business and Industry.

The PA Chamber believes the additional $300 a week in unemployment benefits could be deterring some people from wanting to work.

Incentives may help now, but will they hurt us later?

"It is certainly likely to reduce the adverse impacts of a minimum wage increase, but the flipside of that is, we're already seeing inflation come in, and we may see acceleration of inflation," explained Barr.

Acceleration of inflation could happen as businesses charge more for their services to pay for the added incentives.

Barr has a recommendation for employers.

"If you're a employer, and you go to call your employee back, same job, same rate, or maybe, 'I'll give you more,' if that person says no, you, as an employer, are encouraged to contact the PA Department of Labor and Industry because they're now committing unemployment compensation fraud," explained Barr.