The operator of Lincolnway Sportcenter is trying to raise enough money to buy the building, garnering support from the community the gym has served for 26 years. 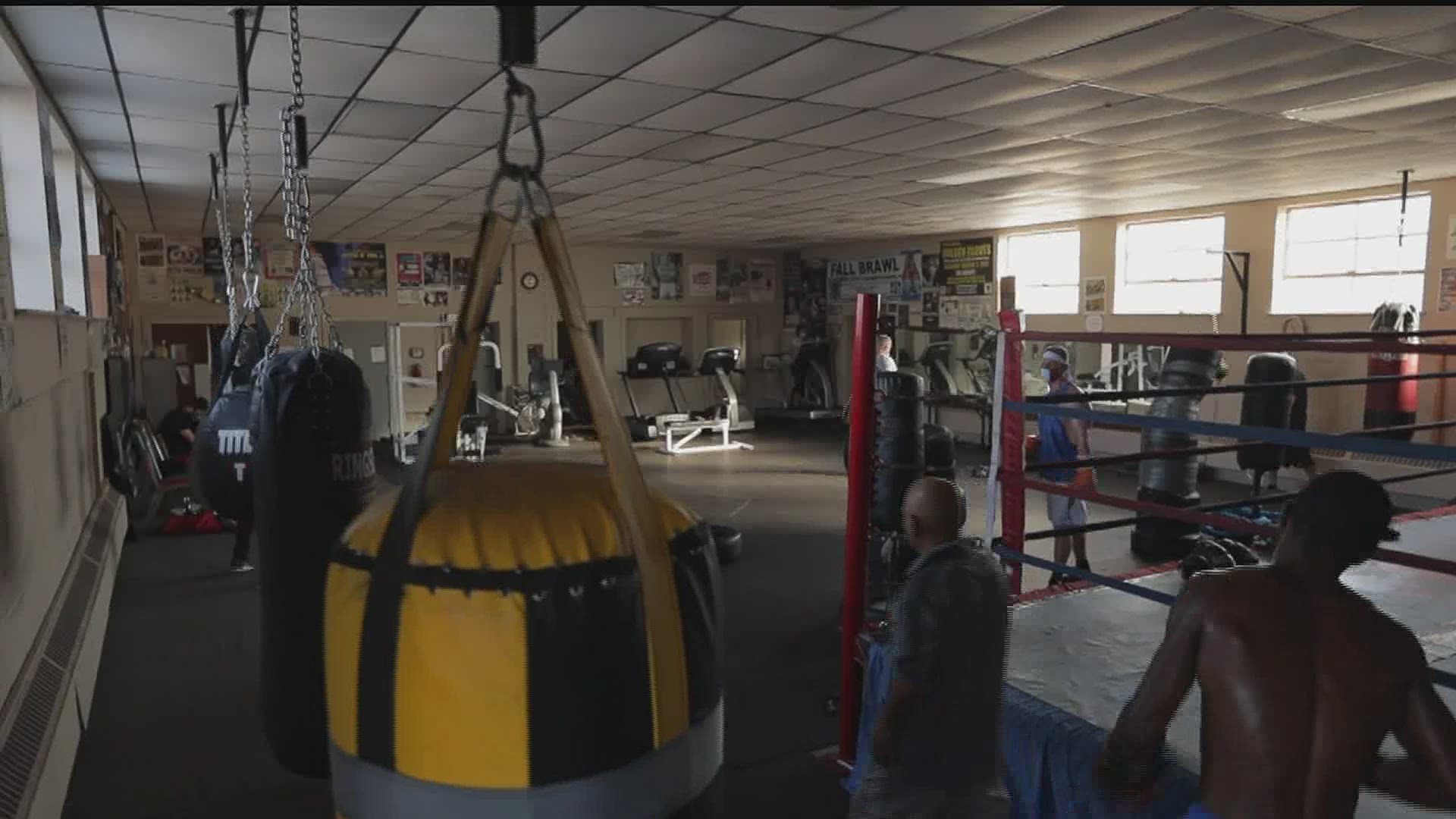 WEST YORK, Pa. — The Lincolnway Sportcenter boxing gym in West York, York County holds a lot of history. Some professional boxers got their start at the non-profit gym. It has also served as an after-school program for kids, empowering them to redirect their energy in a productive way.

“We welcome anybody, and we treat them like family. They learn not just boxing, but I try to teach them things about life and discipline,” said Julio Alvarez, trainer and operator of Lincolnway.

Now, the community staple of nearly 30 years is in jeopardy. The building, which is owned by the West York Area School District (WYASD) and rented by Alvarez, is set to be auctioned off next month.

A longtime boxing gym in West York is going to auction next month. Trainer and operator at Lincolnway Sportscenter has 7 weeks to raise enough money to try and buy the building. He’s garnered support from the community to help fundraise. @fox43 pic.twitter.com/PklH9eeTk2

WYASD had been using the building for storage, according to a district spokesperson. Now, they use the old administration office. Earlier this year, the district decided to sell the Sportcenter and a small white building behind it.

A district spokesperson said they reached out to Alvarez in early March about the possible sale of the property.

“Our Buildings and Grounds Director did contact Mr. Alvarez and told him that the building was going up for sale, but wanted to give him the option first to purchase it,” said Cynthia Greco, WYASD Communications Coordinator. “At the time, Mr. Alvarez had stated he didn’t have the funding. He did not re-contact us.”

When the district never heard back, the Board of Directors moved forward with approving an auction contract at their July 28 meeting.

“It was devastating because they should’ve come to us first. Then, we would have found ways to keep the building,” Alvarez explained.

“It was a little surprising he felt that we didn’t because, obviously, we would love it to stay the way that it is,” Greco said. 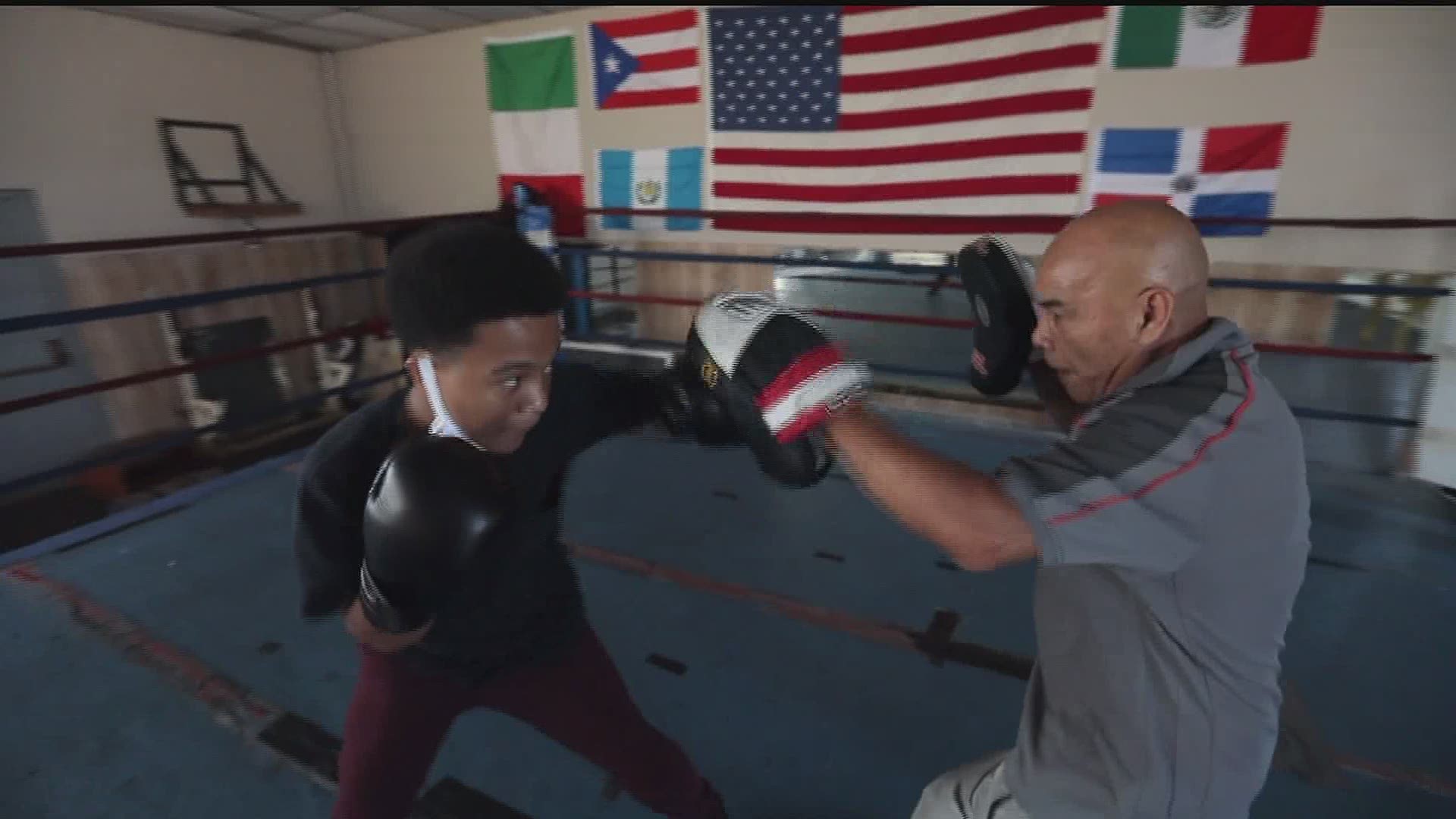 Alvarez is giving it his all to raise enough money to buy the building and ensure he would be able to afford the costs of maintenance.

“We have no other choice so we are preparing to get some money together, go to the auction and give it our best shot,” said Alvarez.

He has garnered support from gym members and strangers, who are pitching in to help fundraise.

“It makes me feel real good because I know I’m not alone in this,” Alvarez said.

Lincolnway is known for turning big dreams into reality. Tre’Sean Wiggins traveled from Johnstown, Cambria County to train with Alvarez at the gym.

The Pennsylvania State Super Lightweight champion has spent the last six weeks training for one of the biggest fights of his career—the World Boxing Association (WBA) Intercontinental title in Daytona Beach, Florida on August 15.

Wiggins has been boxing for 13 years. He believes he would not be where he is today without Alvarez and the camaraderie at Lincolnway.

RELATED: As gyms reopen, members must adapt to new policies and procedures

“We need to keep this gym open. This is home for a lot of people and it’s a home away from home for me,” added Wiggins.

The boxing gym is scheduled to go up for auction on September 26. The West York Area School Board of Directors will address the Lincolnway Sportcenter at their 7 p.m. meeting on August 11. You can find more information on their meeting by visiting the District’s website.