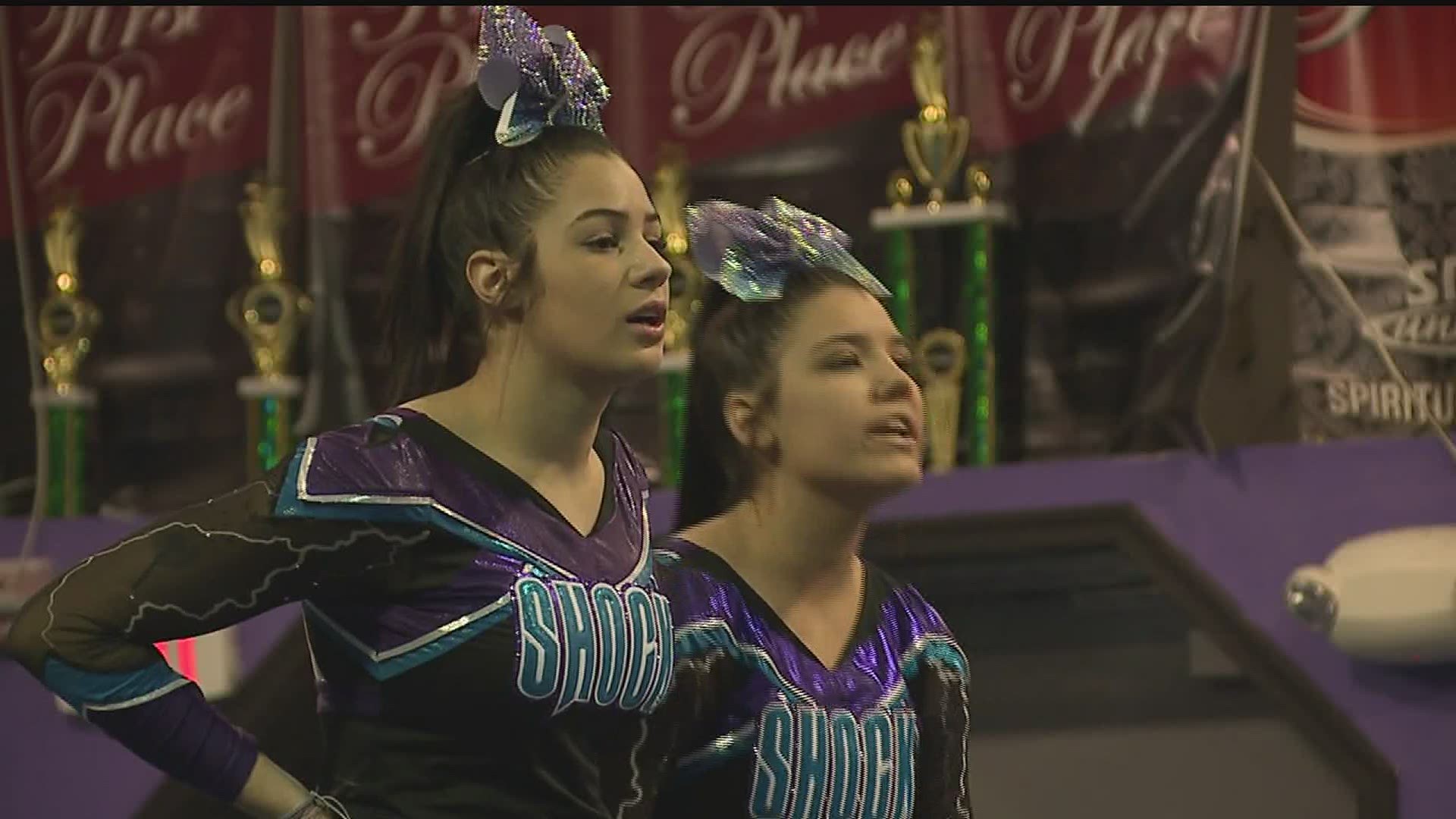 YORK, Pa. — Netflix's new docu-series "Cheer" is bringing more attention than ever to the world of competitive cheerleading. The series showcases the intense work that goes into the sport, showing the world that it's about how much more than what it used to be.  The West Shore Shock Cheerleading organization knows first hand how difficult, yet rewarding the sport can be.

Tina Minkoff started the non-profit in 2012 with one goal: To make sure every child can participate, regardless of their financial situation.

"It''s more than just cheerleading. It's actually more of a second home to some of our kids," Minkoff said about her group that has grown to more than 50 athletes ranging in age from 5 to 18.  "It's a positive environment for them and they can come here and be loved and cared for," she said.

Many of the girls have grown up in the organization, including Bryanna Curtis and Corinne Coleman.

"This is my 10th year and i never expected it to have this much of an impact on my life. They're just a family to me, it's crazy," Curtis said.  "This place was somewhere for me to come when I didn't have anywhere else to go and that's a big part of it," said Coleman.

6 of the Shock's teams recently won bids to compete at the Quest Championships, which is held at the ESPN center in Disneyworld. Unfortunately their trip was cut short due to COVID-19 fears, but they still came home winners, earning 2 first place wins, 1 third, 1 sixth and 1 seventh.  For more information on the West Shore Shock organization, e-mail them at: westshoreshockcheer@gmail.com