'Save the lemonade stands' bill to protect child entrepreneurship

The legislation would exempt some child-run businesses from municipal regulation and licensing. 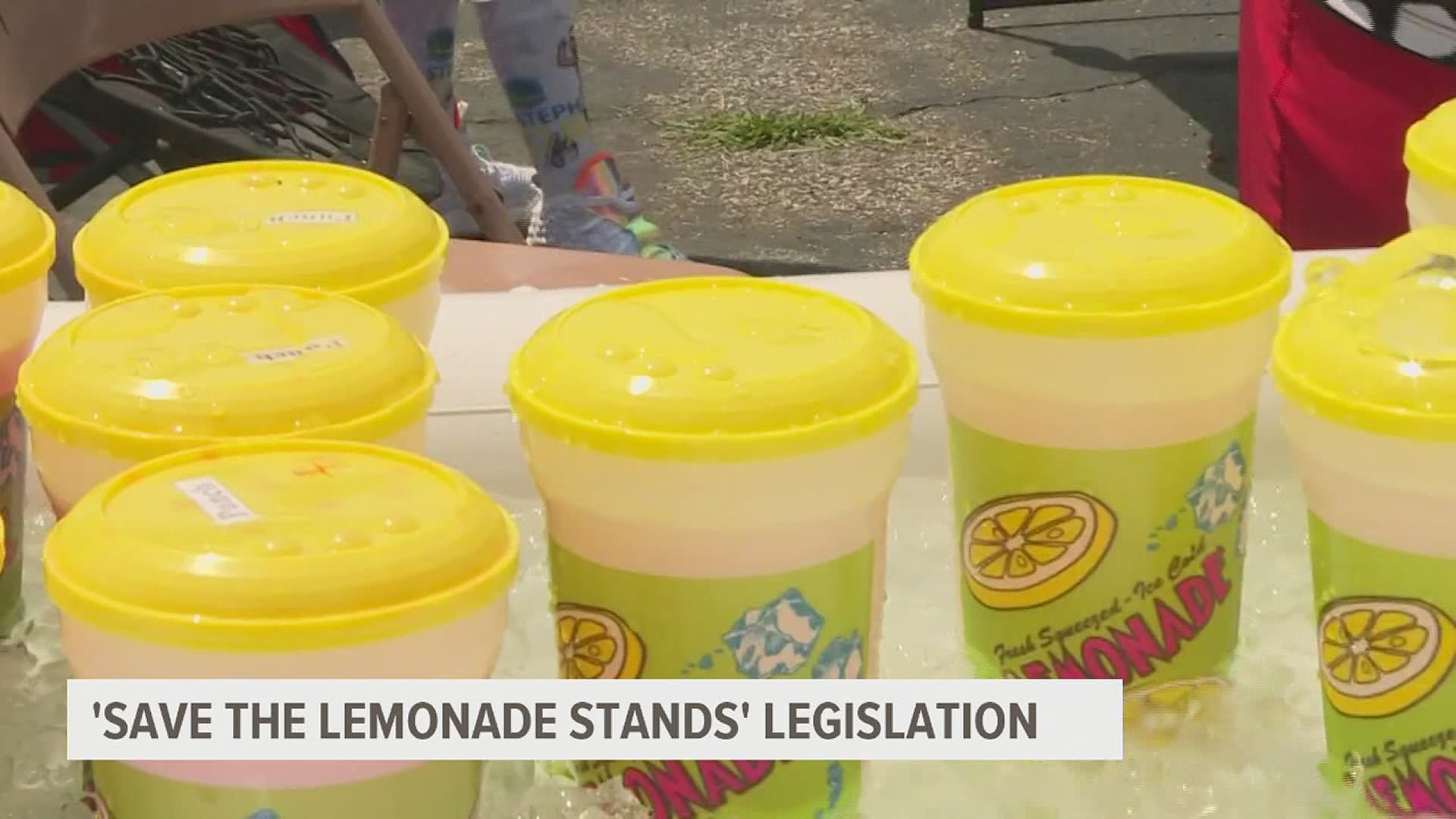 HARRISBURG, Pa. — A state lawmaker has introduced a bill to "save the lemonade stands." He said it will help children keep their entrepreneurial spirit.

"In certain cases, there are municipalities that get a little bit power hungry and really like to offer our kids lemons and we're trying to make lemonade out of those lemons," State Rep. John Hershey, a Republican representing Juniata, Franklin, and Mifflin counties said.

In recent years, some townships and municipalities have been cracking down on kids operating lemonade stands, cutting grass, and shoveling without a license.

Rep. Hershey has introduced legislation that would exempt minor run businesses, like lemonade stands, from municipal regulation and licensing. Now, kids would have to make less than $10,000 per year in order to be exempt and operate on an occasional basis.

Rep. Hershey said he introduced this bill after learning about lemonade stands that were shut down because they didn't have municipal permits. He said children's entrepreneurial spirit is something that should be embraced, not crushed. His legislation would ensure kids can have a little fun, make some money on the side, and build work ethic.

"We've seen situations in the commonwealth where certain municipalities, boroughs or townships will crack down on minor-owned businesses, just because they think these businesses should be operating with a license," Rep. Hershey said. "I think this crushes a child's entrepreneurial spirit."

Rep. Hershey's bill passed committee unanimously with both Republican and Democrat support. It is legislation he feels has enough support to easily pass the House. It is expected to be called for a vote on the House floor when the House is back in session April 19.