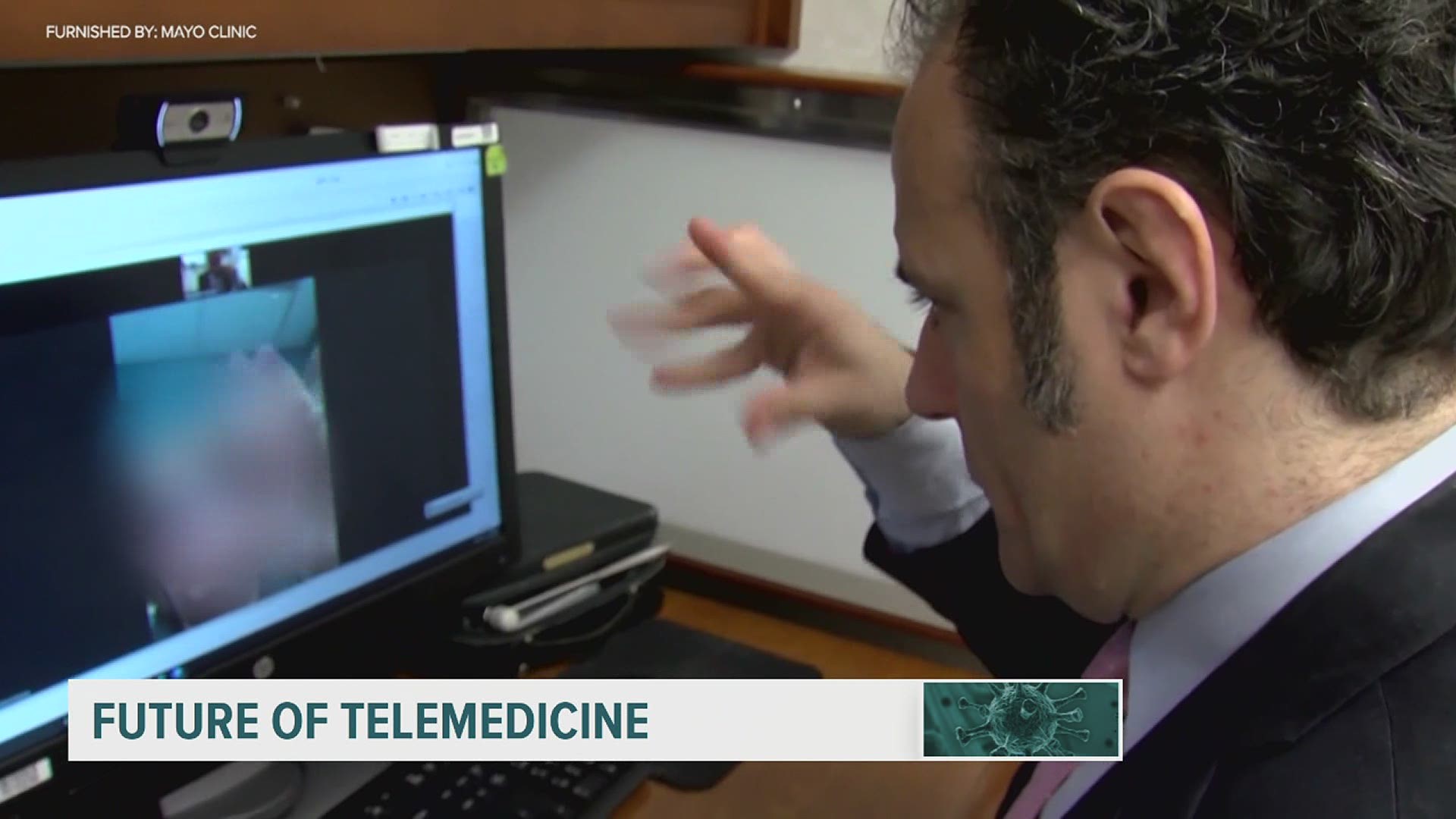 PENNSYLVANIA, USA — Could telemedicine become the new norm? One lawmaker says it already has, which is why he's drafted legislation aimed at expanding it and make it more fair for doctors and insurance companies.

But Governor Wolf won't sign the bill, because of one amendment.

"I'll tell you it has been a life saver for us," Dr. Joshi said. "Here in the month of March, we had everybody cancelling the appointments. People didn't want to travel. Especially my field where all of the patients are diabetics - all patients had a high risk of COVID-19."

Which is yet another reason State Senator Elder Vogel is trying to get Senate Bill 857 passed. He introduced the legislation before the pandemic began.

"Well I think it is very important," Sen. Vogel (R), who represents Beaver, Butler, Lawrence Counties, said. "This is the way medicine is going to go. My legislation was just putting the rules and regulations in place: what the insurers are going to pay for, what the providers are going to provide, what they are going to get paid for."

But the bill, which had bi-partisan support, hit a road block last year when House Republicans added an amendment to restrict access to abortion medicine.

"I didn't put the amendment in either time," Sen. Vogel said. "What they're talking about should be a totally separate piece of legislation. We tried to tell them that in the past. My bill has nothing to do with this."

"The telemedicine I fully support," Senate Minority Leader Jay Costa (D), said. "It's some of the measures that have been attached to it that are problematic and is preventative of moving forward even in a republican-controlled senate."

Governor Wolf vetoed it in April due to that amendment, saying in part "I supported a prior printer's number of the bill...As amended, this bill interferes with women's health care and the crucial decision-making between patients and their physicians."

Sen. Vogel said he plans to re-draft the legislation again in January. Costa said Democrats would have no problem supporting the bill next session, if the abortion language is removed.

As for Dr. Joshi, she said telemedicine isn't going anywhere, regardless of what is passed.

"This is the way to practice medicine eventually, so we provide the patient care at their comfort level," Dr. Joshi said. "So if you want to come, you come. If you don't want to come, I'm still there for you."