Critics question the motive behind the legislation, and if it's being introduced to protect monuments tied to slavery 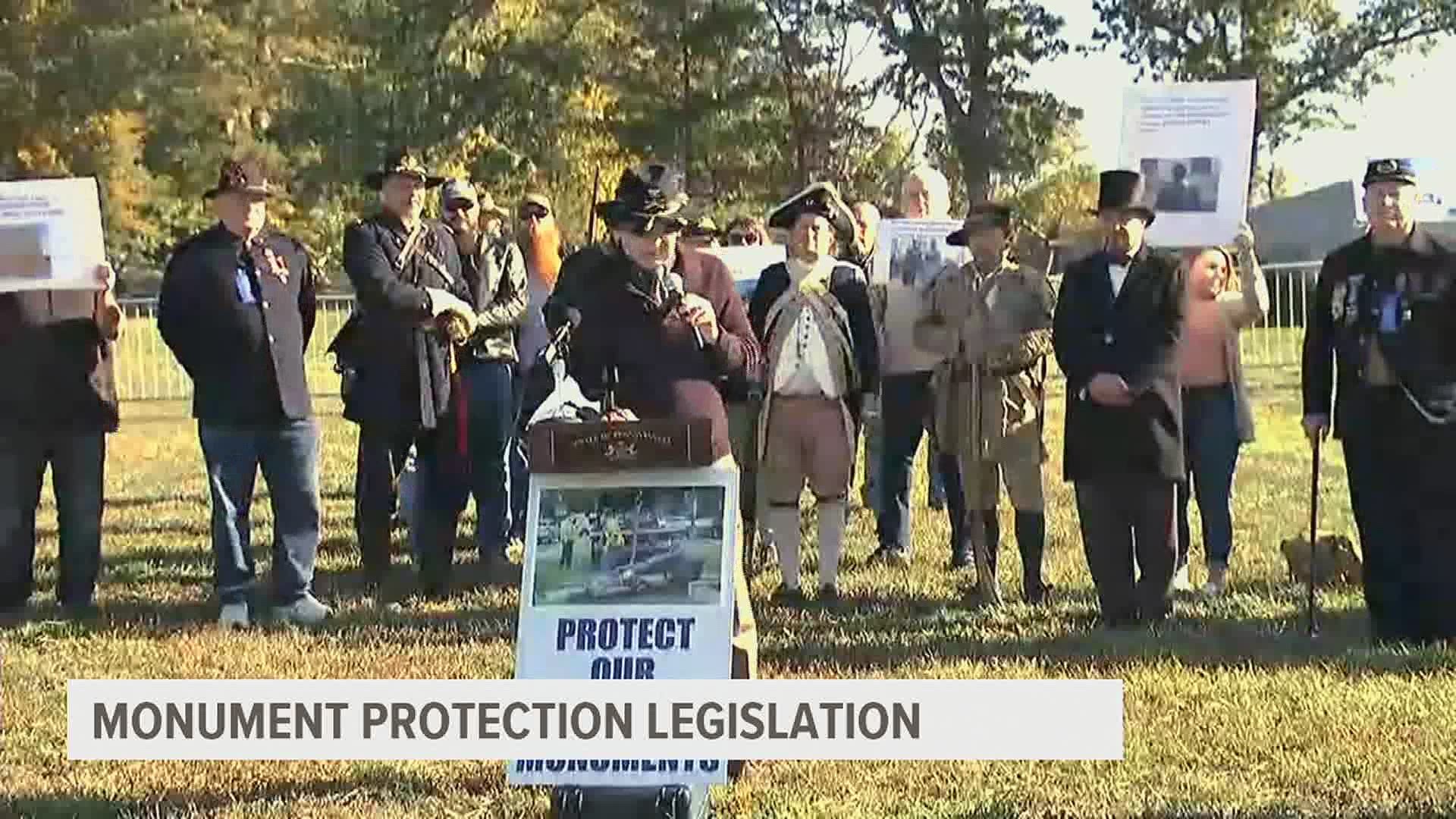 HARRISBURG, Pa. — A state lawmaker has unveiled legislation to make sure people who destroy monuments and statues are brought to justice. However, it has some lawmakers questioning the intent of this legislation.

"It's not up to any of use to rewrite our history," said Sen. Doug Mastriano, (R)  Adams, Cumberland, Franklin, York Counties. "But, rather come to terms with it, understand it."

Ensuring the protection of what he says are historic monuments and statues, Sen. Mastriano unveiled legislation to increase fines, penalties and jail time for people who destruct any monument or statue in the state.

"It only happens because we allow it," said Sen. Mastriano. "And this legislation will reign this kind of madness in."

Here is just some of what @SenMastriano had to say at his presser this morning as he unveiled legislation that would protect historic monuments. @FOX43 pic.twitter.com/w5mtNrpfHm

The legislation comes after monuments and statues, many with ties to the Confederacy and slavery, were targeted during protects over the summer.

Sen. Art Haywood weighed in on Sen. Mastriano's monument protection bill. While he says, he's not against protecting monuments he questions the motive behind the legislation and if it's just being introduced to protect monuments that represent the Confederacy and slavery. @FOX43 pic.twitter.com/4ShfehzKCT

Sen. Haywood isn't necessarily against protecting monuments and statues, but questions Sen. Mastriano's legislation and if it is being proposed to only protect those tied to slavery. He says, those monuments should have never been put up in the first place.

"This nation should not protect the legacy of white supremacy," said Sen. Haywood. "I'm so disappointed he has such a narrow view of American history not to see that enslavement was wrong and should not be honored or recognized in any way."

The bill is currently in committee where it must be passed before going to the senate for a vote.