The Governor & Lt. Governor are set to hold a press conference at 2 pm 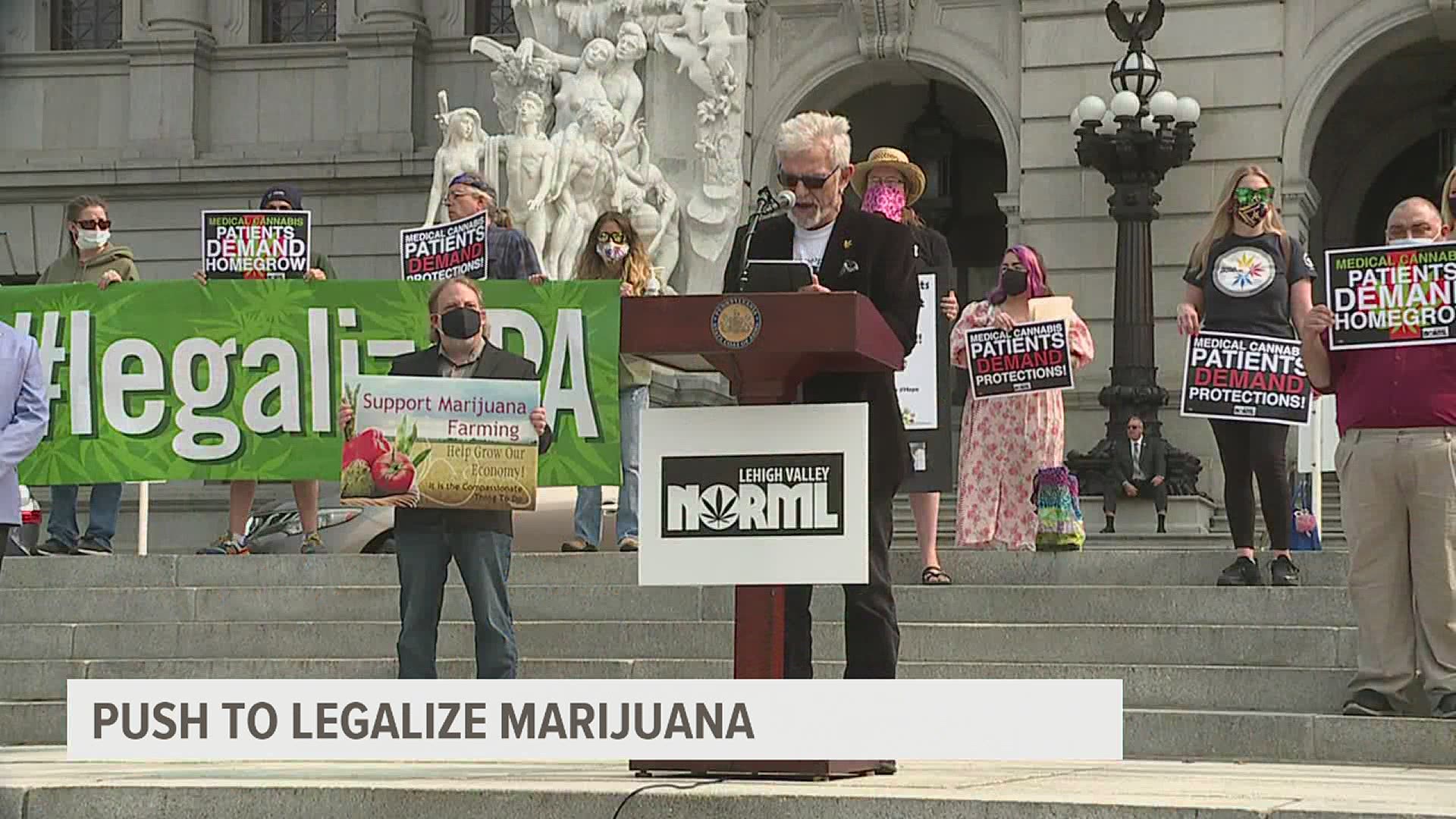 Governor Tom Wolf and Lt. Governor John Fetterman once again called on Pennsylvania lawmakers to discuss recreational marijuana legalization as Fetterman also issued a challenge to Republican lawmakers who have said the legislation would likely not see movement this fall.

"I would respond to that, it's like I directly challenge the legislature: you come up with something. What's your plan to generate billions of dollars in revenue, tens of thousands of unsubsidized jobs, to fix a big flaw in our criminal justice system, and to provide the freedom to every Pennsylvania resident to partake in all of this? What's their ideas?" said Lt. Governor John Fetterman, who also called legalization a serious policy with serious solutions for serious times.

Republican House Majority Leader, Rep Kerry Benninghoff said Tuesday "we hear an administration that's more focused on legalizing marijuana. They have no problem going full bore on that. Come to us and talk to us about spending that last billion of covid dollar. Talk to us about what we're going to do to balance the budget."

Governor Wolf countered that he has held press conferences to discuss the spending of CARES dollars.

The Governor first called on the General Assembly to seriously debate legalization of recreational marijuana back on September 25, 2019. In August 2020, the Governor renewed his call. September 3, Governor Tom Wolf and Lt. Governor John Fetterman again held a press conference to call for legalization of adult-use cannabis to provide a new revenue stream to direct toward economic recovery from the COVID-19 pandemic.

The Governor said he would like the legislation to earmark funding for grants for historically disadvantaged businesses and he would like it to provide for restorative justice programs.

Just hours before the press conference Wednesday, a group rallied on the steps of the State Capitol Wednesday to support homegrown cannabis and the legalization. The rally, held by NORML, was attended by lawmakers and familiar faces in the fight for marijuana rights, including Sen. Sharif Street.

"I've talked to a lot of Republicans and I believe that there are a number of them prepared to vote for cannabis adult-use legalization. I don't think they plan to, that they want to do any major disruptions before the election. But I think there's a very solid chance that in this legislative session probably after the election, there's a chance for us to work in a bipartisan way to advance cannabis legislation," said Sen. Street.

Sen Majority Leader Jake Corman issued a statement this month that read in part “we look forward to receiving specifics about his broad concepts including who would regulate this new industry, where it would be sold, strategies for enforcement and plans to minimize the impacts on the medical marijuana industry. Like with any issue, a bill would need to work its way through the Senate Committee process to be vetted.”

.@GovernorTomWolf @FettermanLt call for legalization of adult-use cannabis as new revenue stream for COVID-19 economic recovery. Listen to what this spokesperson for the House Republican Caucus had to say. See you at 5, for @fox43 https://t.co/LNBE7LCdB1 pic.twitter.com/2DvKYjVCwU

House Republican Caucus spokesperson Jason Gottesman, however, noted that the state's medical marijuana program is still in its infancy.

"Let's let some of this stuff play out and recover from this pandemic before we get involved in Washington DC-style politics that will result in far reaching and transformative legislation here in PA when we haven't even recovered from this pandemic," said Gottesman.

“It was Winston Churchill who said: ‘Never let a good crisis go to waste.’ We have long maintained that state laws should be changed because they are good policy for the people of Pennsylvania – not because of their potential to generate money. We do appreciate though the Governor recognizing the need for the General Assembly to play a role in this.

“We look forward to receiving specifics about his broad concepts including who would regulate this new industry, where it would be sold, strategies for enforcement and plans to minimize the impacts on the medical marijuana industry. Like with any issue, a bill would need to work its way through the Senate Committee process to be vetted. Movement on this issue should not be expected his fall.”