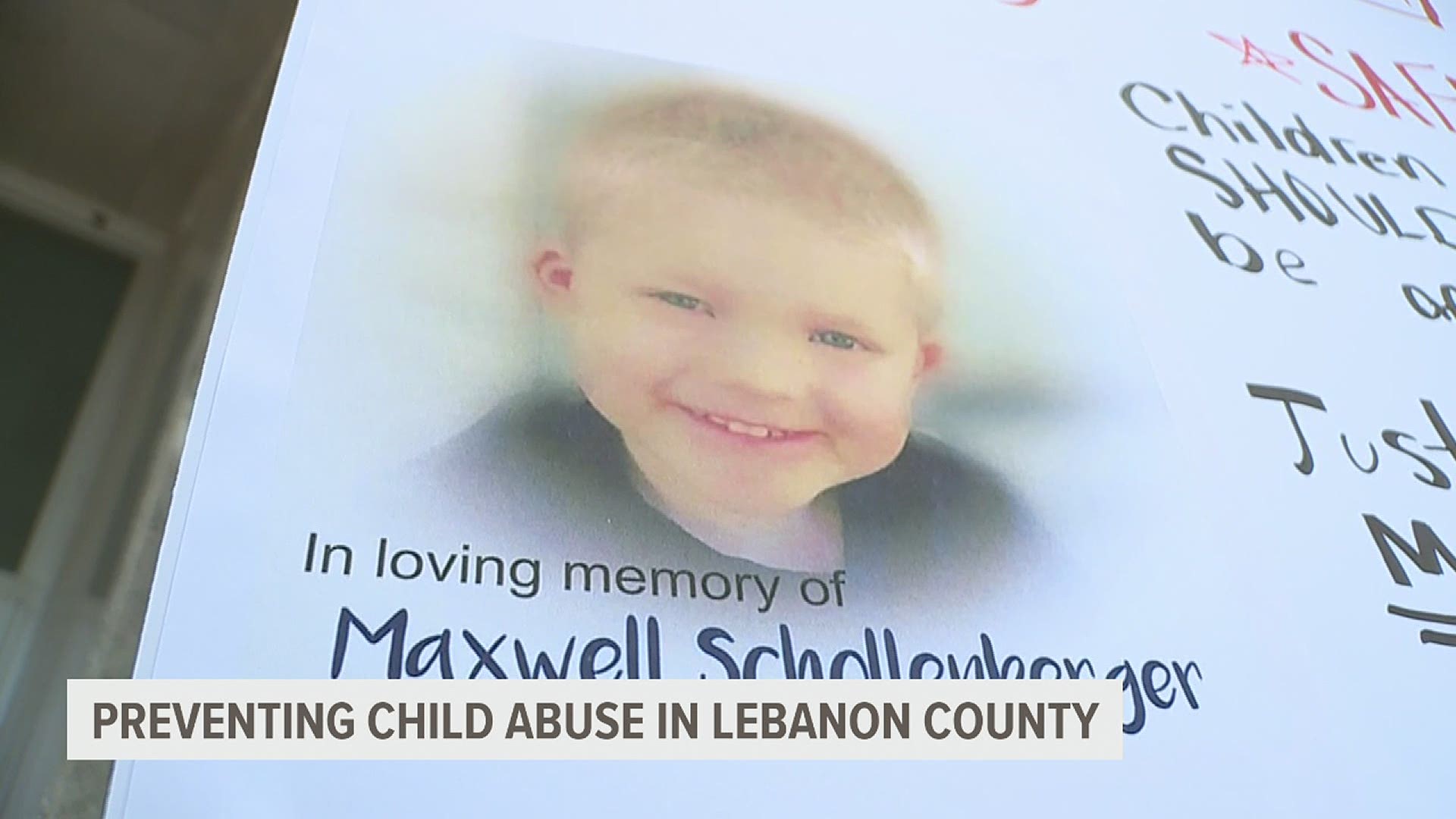 Many places in our area are taking steps to spread awareness and engage community members.

In Lebanon County, some people say this month hits differently this year.

"I want Maxwell to know -- he's in heaven right now -- We're not giving up, Max, until we get this fixed," said Representative Frank Ryan of Lebanon County.

Holding back some tears, Rep. Ryan admits he didn't know 12-year-old Maxwell Schollenberger of Annville Township personally. As someone who has worked with kids, though, he says he feels compelled to prevent the kind of abuse which led to Maxwell's untimely death almost one year ago.

"He was so close to a school. Hearing kids play, while he was being abused, I cannot fathom. Being a hardened marine, that just rips me apart," explained Rep. Ryan.

Maxwell's story and another abuse case out of Annville Township put Lebanon County in the national spotlight. Police allege Stephanie and Robert Duncan abused their five adopted children in what's been called 'a house of torture.'

"None of us want to see cases like that happen. We want to prevent them at all costs," said CYS Administrator Erin Moyer.

Moyer says if anything positive came out of the cases, it is the community's engagement. Moyer says reports of suspected abuse have increased by 45% since the start of the school 2020 year. If the trend continues, reports are expected to jump to more than 3,000 by this year's end. She says that's an increase of approximately more than 1,000 cases.

Different organizations partnered to create four pinwheel for prevention gardens. Moyer says they are for everyone to see a visual of the amount of children that are affected by child abuse and neglect in Lebanon County. They're also providing training for community members so they can recognize the signs of child abuse.

In addition to that, Rep. Ryan says he is determined to have Maxwell's Law passed. A series of new bills which will fall under its umbrella are being drafted right now. The proposed legislation will tackle abuse from a preventive, curative, and punitive standpoint.

"We found the problem is so pervasive that if we try to put it into one bill, different groups would say you can't do this or that. For example, the punitive side, we're defining torture and the penalties for torture," he explained. "We're not giving up until we get Max's taken care of. I don't quit."

Lebanon County Children and Youth Service is in the process of hiring more staff. Lebanon County CYS is expanding from 20 case workers to 24. Two new supervisors are also being hired. Moyer says more manpower is a really big help for CYS.

Any community member can report suspected abuse to Child Line by calling 1-800-932-0313. In addition, Lebanon County has many local resources for investigating and supporting children and families after child abuse. This includes free trauma therapy through the Community Health Council, support groups, trauma therapy, and counseling services through SARCC; shelter services and advocacy for family violence through Domestic Violence Intervention, forensic interviews and medical exams at the Children’s Resource Center, and the 211 Information and Referral support system through United Way of Lebanon County.