'We can't sugarcoat it:' State lawmakers propose legislation to support families of victims of gun violence

According to Rep. Davis of Allegheny County, 100 children are killed as a result of gun violence every year in Pennsylvania. In the aftermath, families anguish. 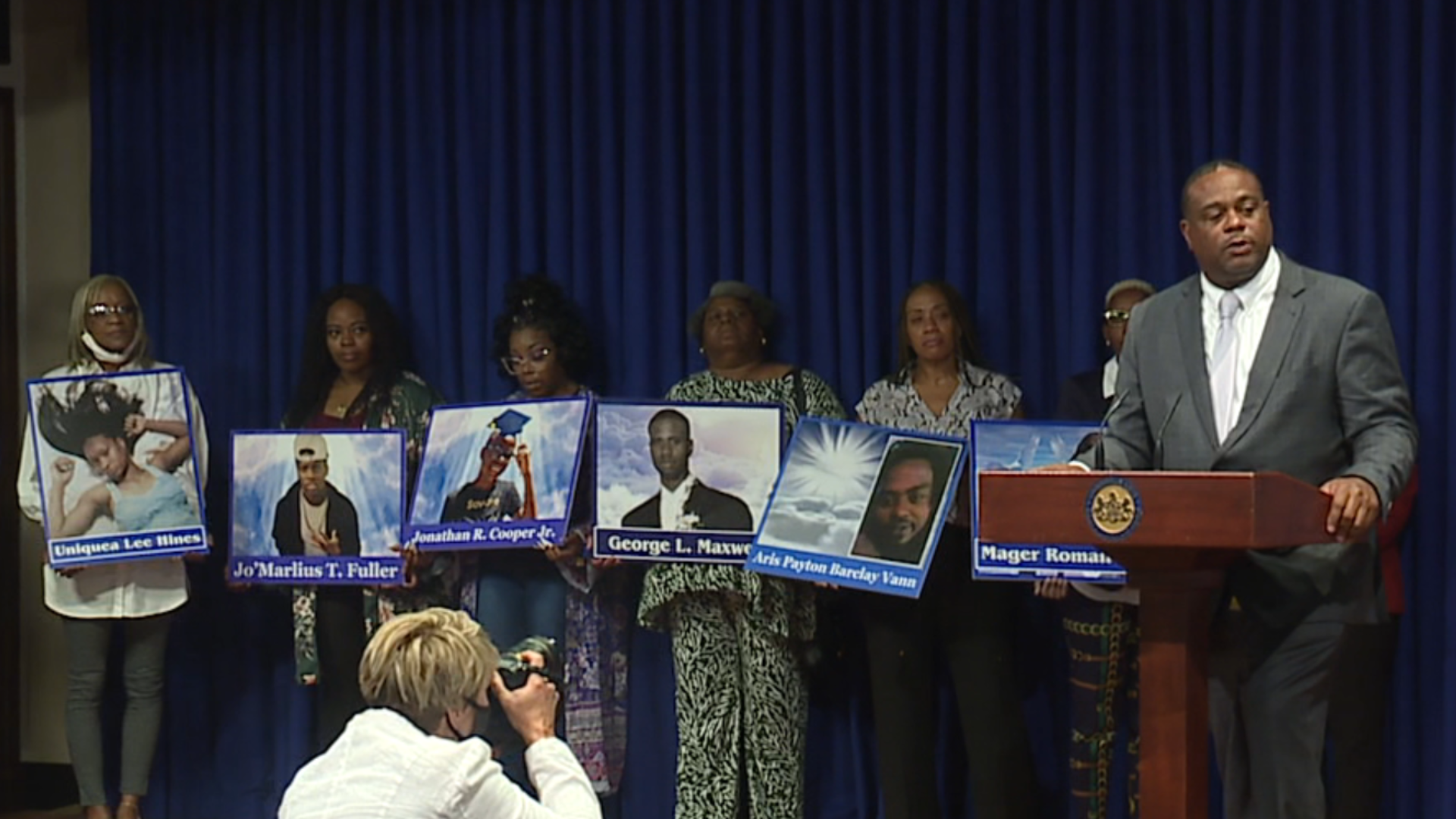 HARRISBURG, Pa. — Supporting the families of victims of gun violence: Lawmakers in PA have proposed legislation to help those families while they grieve the sudden loss of their child.

Every year in Pennsylvania, 100 youth are killed as a result of gun violence.

"The crime is high, and we can't sugarcoat it and act like it's not because every other day we're hearing gunfire or somebody got shot," said Tonya Larry of York.

As a woman who lost her daughter suddenly, Larry says she gets the pain families of victims of gun violence feel.

"Like recently, the young man who hit the pole, got shot several times and passed away... That is somebody's child," said Larry.

Larry is a member of The Movement a nonprofit organization that strives to improve the lives of people who live in York. Besides encouraging people to get life insurance, Larry supports families who've lost someone with kind words, poems, and even journals so they have an outlet or so they can write to their loved ones.

"When the shootings happen in York, it traumatizes and brings back that post-traumatic stress to mothers that already lost their children," she said.

Mothers of victims of gun violence in Allegheny County gathered at the Capitol Tuesday morning.

"Over 100 children a year tragically die as a result of gun violence in PA," said Rep. Austin Davis. "It's no different in Allegheny County to here in Harrisburg."

That's why the democrat has proposed two bills.

"One would be a debt deferment program for parents who've lost children to gun violence, and the other would be a grant program to provide financial assistance to those families," explained Rep. Davis. "When people tragically lose a child, the healing process takes a long time, and they face financial struggles because they're emotionally not able to go back to work to support themselves."

Rep. Davis is gathering cosponsors for the bills right now. He says the legislation is one year behind due to COVID-19.

"We have to start working, and quite frankly, think of all the victims that happened in Pennsylvania. This is an issue that has to be addressed," he said.

As for Larry, she says she hopes and prays that more help becomes available

"We don't want to think about it because it's really real. There's just so many things coming at you, and your world is crashing down," explained Larry.