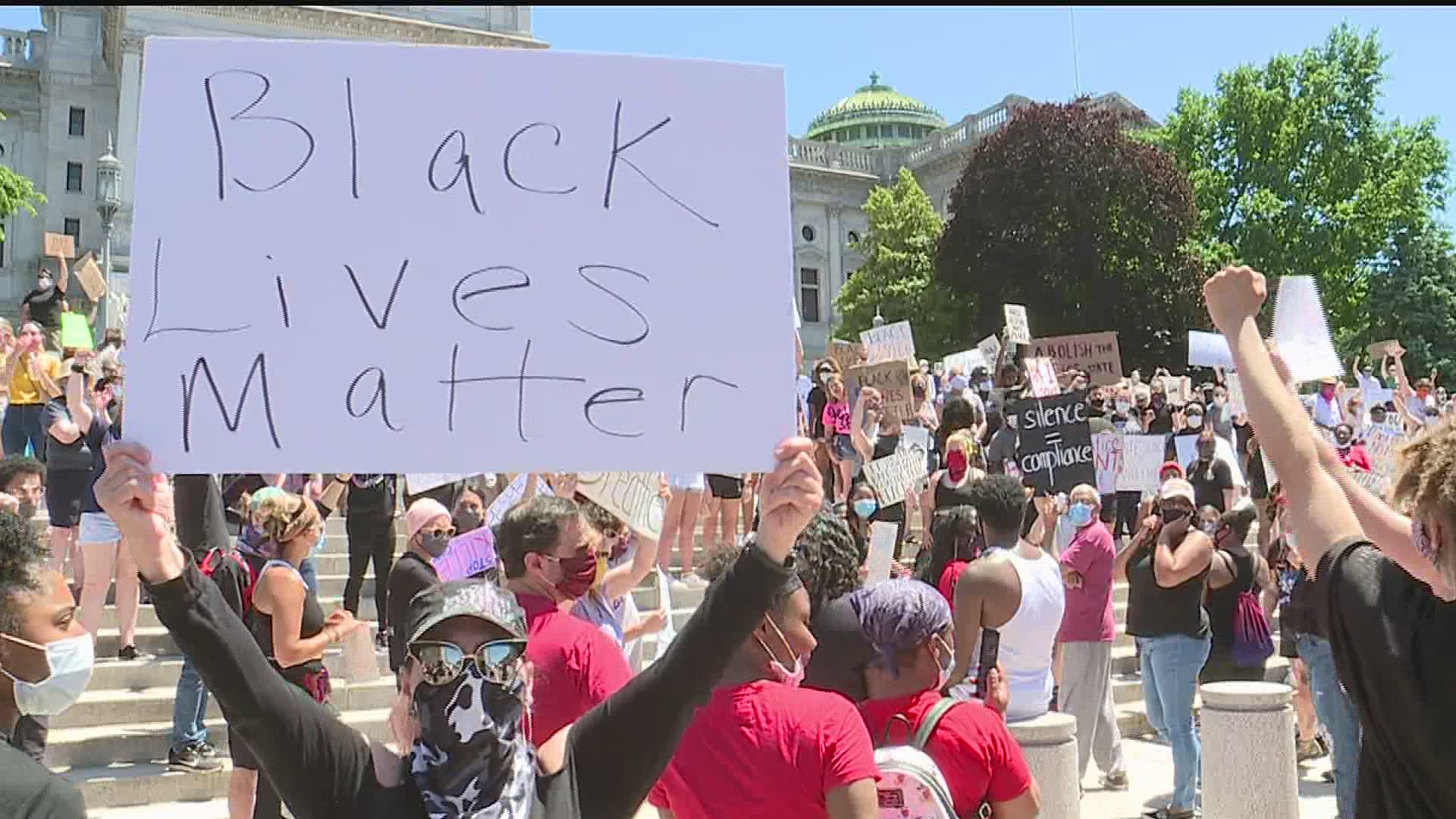 The city of Harrisburg was on lockdown Saturday, a 9 p.m. curfew was issued and police called for backup from police departments outside of the city. But, this was not how many people wanted these protests to end.

A peaceful protest began around noon at the State Capitol. Protestors chanted 'Black Lives Matter' and other chants to remember George Floyd.

"George Floyd for 10 minutes had a knee on his neck and he called for his mama," said one protestor. "My son calls me mama. I felt that mama."

Protestors demanded black people be treated equally, and called for an end to the racism and injustices they say their community faces.

They also called on white people to help them, to be their allies.

"Stand up for us when police are putting their feet on our necks and stomping us. When police are shooting us." said Jada Pettis. "White police see white people as equal. They see us as a threat."

Protestors had a list of the other changes they want:

The crowds at the initial protest did not want things to turn violent. But, said they know there is fear and anger within their community and would understand if violence did happen.

"There's no sense for violence, there is no sense for it," said Waddell. "To show that side, you're showing them what they want to see and we are not doing that today."

With what appeared to be a different group of protestors, things did turn violent. It's unclear exactly how everything unfolded but violence appeared to unfold when police approached a large crowd at Front and Forster Streets. A cop car's window was smash, it appeared pepper spray was administered, someone threw a rock at the windshield of our FOX43 News car, and protestors damaged a car driving through the intersection at Commonwealth Ave and Forster Streets.

Protestors claims the police antagonized them.

"I can't say that we could have been handling it differently but they definitely antagonized us," said Tiara Bates, protestor. "They brought in the riot police because they [police] started pushing and running people over. I'm out here fighting for my rights because at the end of the day, the Harrisburg Police are just as dirty as the rest of them."

Another protest is planned for noon, Sunday at the Capitol.