In 1948, Barney Ewell of Lancaster earned one gold and two silver Olympic medals for his sprinting. Soon he will be cast in bronze. 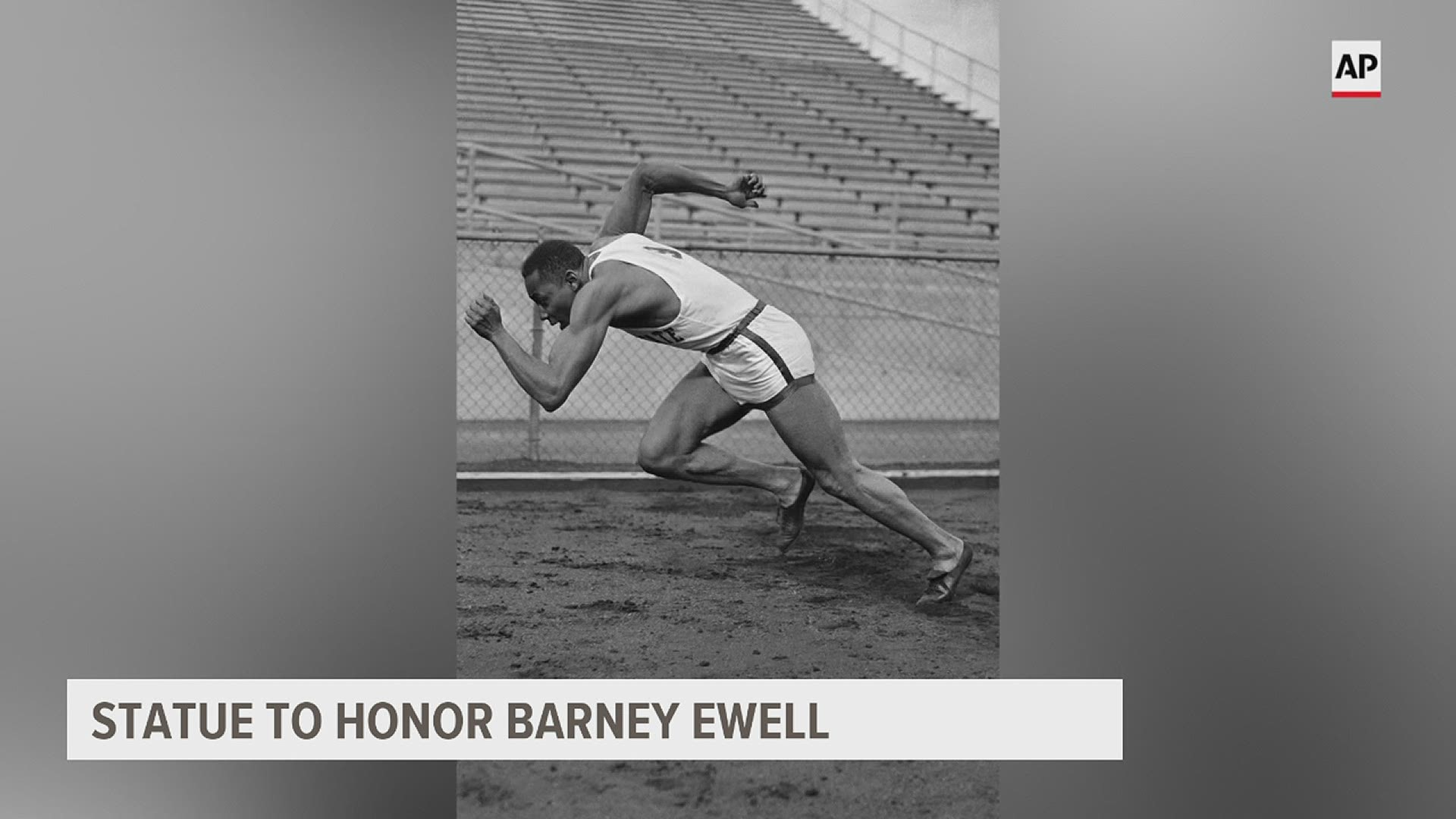 LANCASTER, Pa. — In 1948, Barney Ewell of Lancaster earned one gold and two silver Olympic medals for his sprinting. Soon he will be cast in bronze.

As construction continues on the plaza bearing in name in downtown Lancaster, a local group called the Barney Ewell Legacy Committee is in the process of commissioning a statue to honor Ewell.

The committee held a public meeting to gather input for the statue on Feb. 25, which would have been Ewell’s 103rd birthday.

“We’ve been looking for a way to recognize Barney Ewell in a lasting way in Lancaster and we though a bronze statue would be a perfect way to do that,” said Jeremiah Miller, a committee member and coordinator for the McCaskey Alumni Association.

Born in 1918, Ewell may have begun running to help beat partial paralysis in one leg due to childhood polio.

He broke two world records by the time he graduated high school, competing against the likes of Olympic legend Jesse Owens.

Ewell became the fastest man in the world while running for Penn State. He broke the world record for 50-yard dash with a time of 5 seconds flat.

World War II cancelled two Olympics competitions during the prime of his running career, but Ewell was finally able to compete in the 1948 London Olympics.

“His legacy is important to me and I think also to other members of the city,” said George Mummert, executive director of the Keystone Art & Culture Center.

A small community park honors Ewell just a few feet from his Lancaster home on 55 Green St., but the bronze statue would see more foot traffic at Ewell Plaza.

The statue will depict a larger-than-life Ewell in mid-sprint.

“We want a realistic depiction of Barney and of course highlighting the fact that he is a track man, track person,” said Ron Ford, a member of the legacy committee and Ewell’s nephew.

That number was eye-popping to some walking in downtown Lancaster.

“It’s interesting but at the same time the money could be used in a better way for things to honor the individual, to honor that gentleman,” said York resident Marcus Velazquez.

The legacy committee is accepting public comment on the statue.

The statue is set to be dedicated in spring 2022.