The fire also extended to a home. 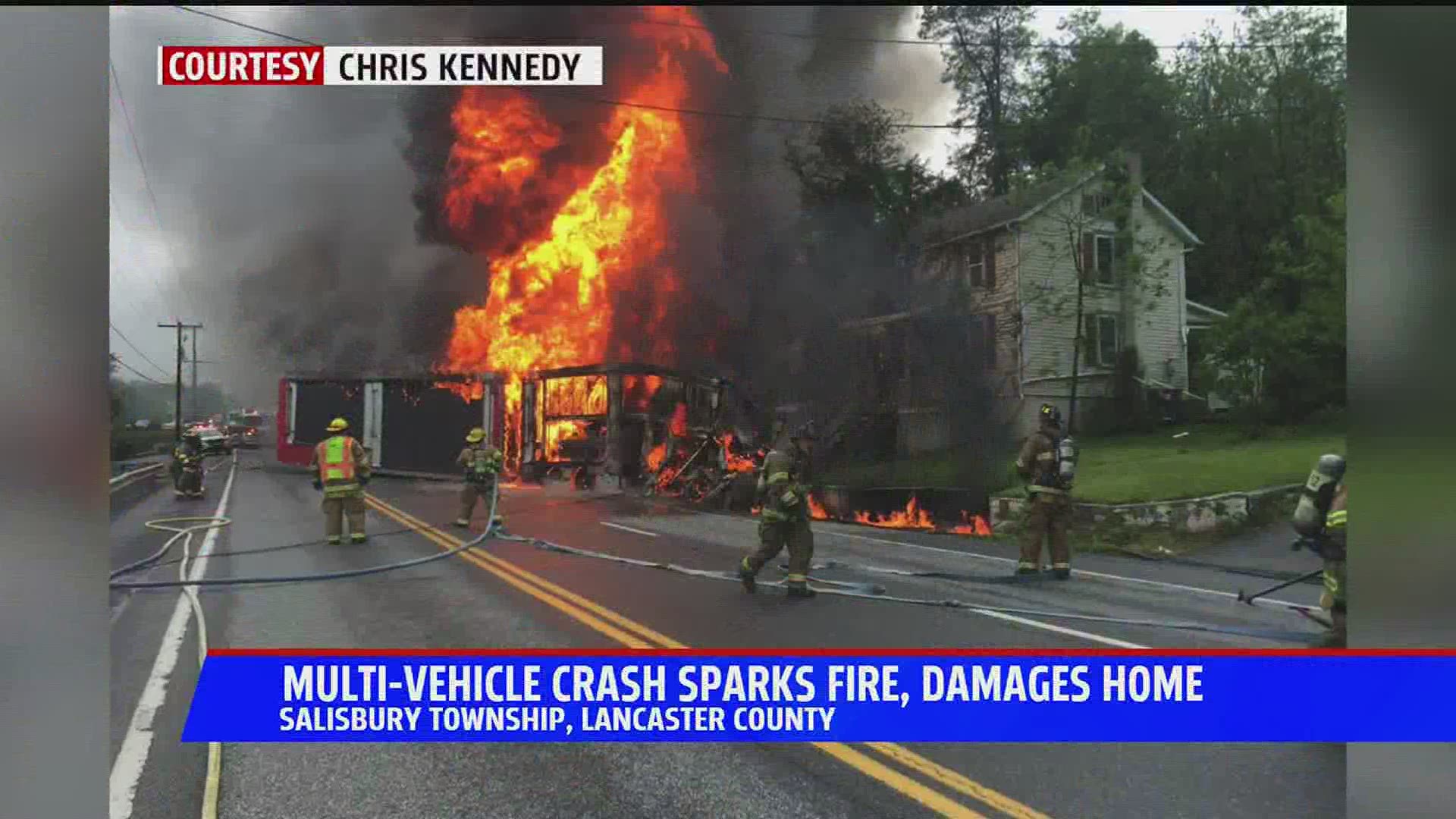 LANCASTER COUNTY, Pa. — Update (12:21 p.m.): The county coroner has been called to the scene of the crash and fire, according to dispatch.

No word on exactly how many people were involved and injured.

Firefighters are battling a tractor-trailer fire and home fire after a multi-vehicle crash in Salisbury Township this morning.

Emergency dispatch says the crash involves two-vehicles and a tractor-trailer.

The tractor-trailer also caught on fire and the fire extended to part of a home on the 5400 block of Lincoln Highway. No one was home at the time of the crash.

Dispatch says some power lines were knocked down.

A person from one of the vehicles was entrapped but was successfully extracted and was flown from the scene to a hospital for treatment.

Video of a terrible crash that happened on Route 30 this morning. 🙏

FOX43 has a crew on their way to the scene. We will provide more updates.