A Lancaster County farmer has for years fought the federal government over food safety inspection laws. Now he has been ordered to go to court for violations. 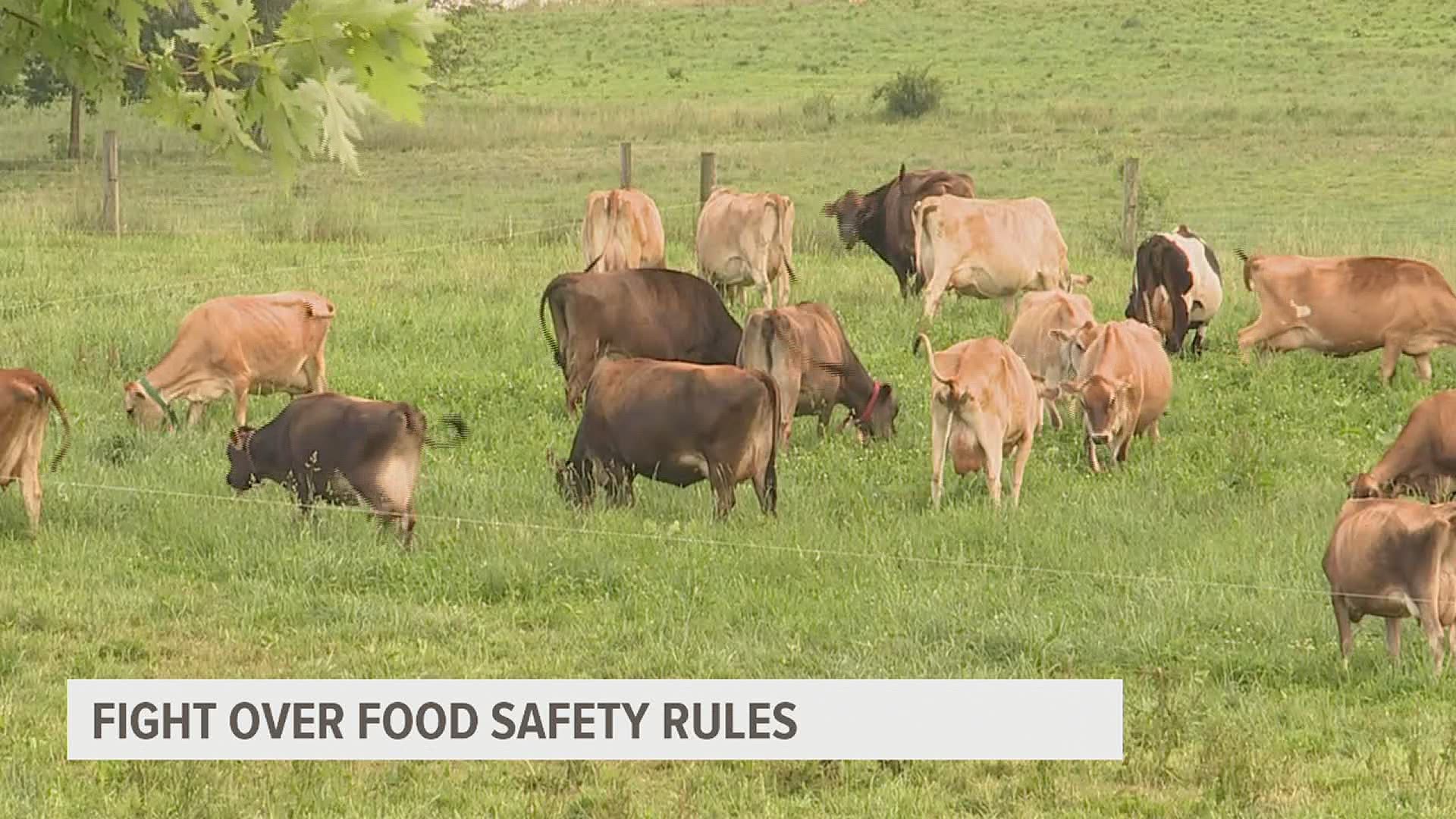 BIRD IN HAND, Pa. — The clop of horse hooves and rustle of passing buggies are the only sounds to interrupt the cows grazing on Miller’s Organic Farm in Upper Leacock Township.

But farmer Amos Miller has been loudly fighting a years-long battle against the federal government over food safety inspection laws.

“My goal is to have my children stay on the farm. I am willing to take the stand to make sure that we sure preserve our culture,” Miller said.

Miller raises a variety of animals, including cows, chicken, sheep and camels, selling the unprocessed meat and dairy products to about 2,000 members of a private association of food buyers.

The root of the conflict is Miller’s lack of a license to slaughter those animals and continued sale of them without legal safety inspections.

The Department of Justice has filed several lawsuits against Miller and the farm, including a 2019 suit that ultimately won an injunction to cease violating food safety laws.

In 2020 Miller signed a consent decree acknowledging he violated the injunction.

The latest action came June 7, when U.S. District Judge Edward G. Smith, Jr. ordered Miller to appear in court on June 16. Miller will have to show cause why he should not be held in contempt of court.

Falling under the umbrella of the U.S. Dept. of Agriculture (USDA), the Food and Safety Inspection Service (FSIS) is tasked with ensuring meat and poultry sold commercially is safe, wholesome and correctly labeled and packaged.

Miller stopped taking his meat to a federally inspected slaughterhouse in May, partly because it washes meat in antimicrobial citric acid, according to court documents.

“If you put too much preservatives on the food, the body can’t break it down where you get the health benefits of it. That’s why all these illnesses are coming out,” Miller said.

“[Customers] use it as a medicine,” Miller said. “It’s very healing to the body because it’s raw.”

Miller has gained a following of supporters who vouch for his products.

“They’re good people, their place is very clean and their produce is excellent,” said Despina Snyder, a customer from Manheim Township.

Miller said his animals are naturally healthier than conventional livestock.

“If you have them out in the sunshine, if you have them relaxed, you keep them away from filthy environment, the good bacteria actually overrides the bad bacteria,” he said.

However the Food and Drug Administration (FDA) found listeria in the farm’s raw milk in 2015 after raw milk sickened two people, killing one. Through genetic testing, the FDA identified the strain of listeria as genetically similar to the strain that sickened the people, leading the FDA to conclude that Miller’s milk was the “likely source” of the bacteria.

Miller’s hearing is scheduled for June 16 at 10 a.m. at the Holmes Building in Easton.

If found in contempt of court, the government could seize 2,100 pounds of meat and fine Miller $5,000 per pound.

A group of supporters is expected to accompany Miller to the hearing.