The effort is part of Lancaster City’s equity initiative across all city departments under Mayor Danene Sorace. 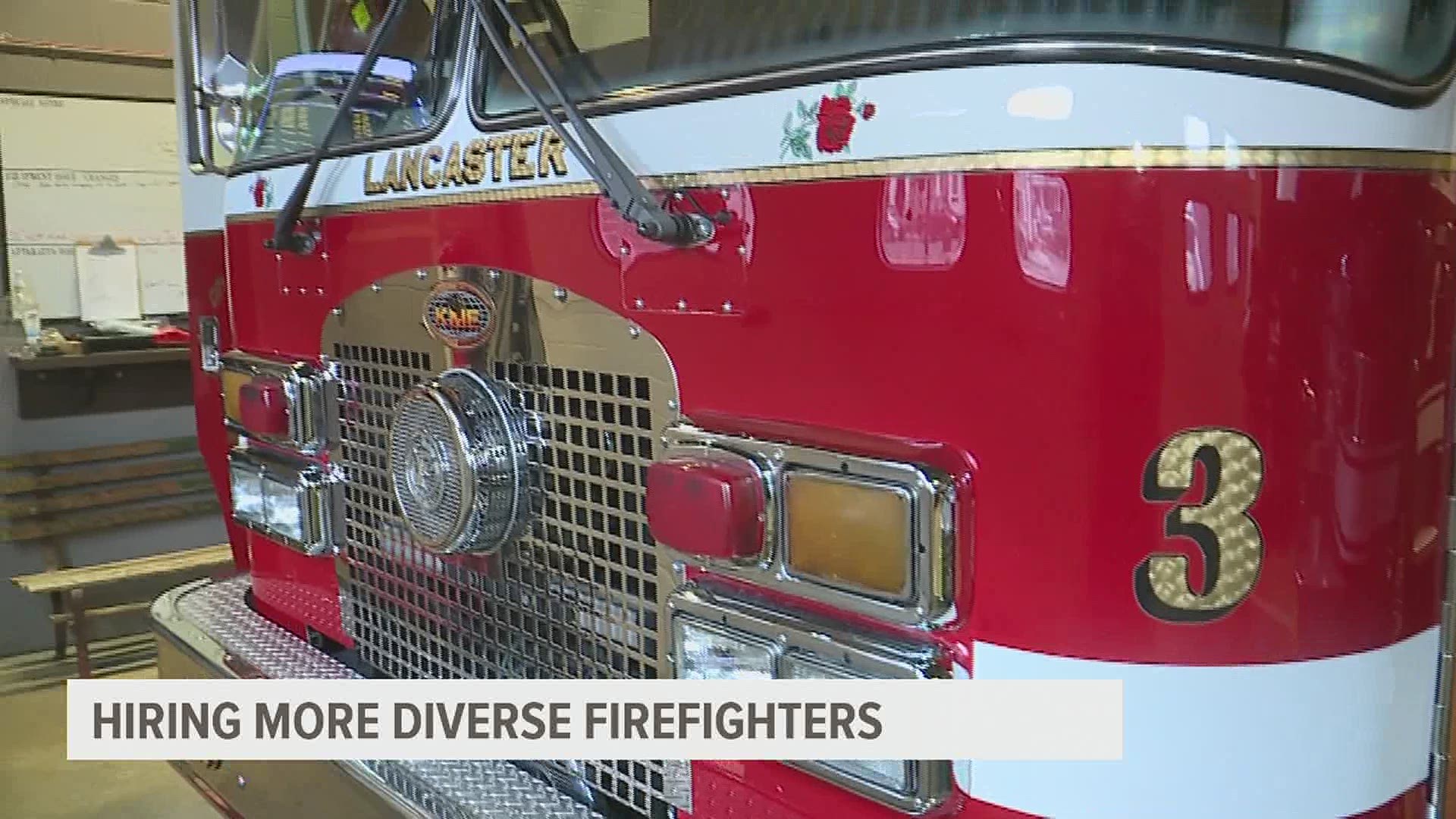 The effort is part of Lancaster City’s equity initiative across all city departments under Mayor Danene Sorace.

Fire Chief Scott Little said he wants the department to look more like the city they serve.

“It's very much about including everybody in our processes and hiring is just one of them,” Little said.

Lancaster is already ahead of most fire departments of its size in the region in diversity hiring, Little said.

“When it comes to minorities and women, they do not apply. It is not common to applicants,” said Duane Trautman, fire commissioner of Lebanon City.

Lebanon City’s Bureau of Fire has 21 full-time uniformed personnel, none of whom are minority or female.

Like many other fire companies, Lebanon Bureau of Fire requires applicants to already have experience and training.

Free training is available to many volunteers through volunteer firefighters relief associations, which get funding from Pennsylvania.

For a variety of reasons, though, many minority community members don’t have time or means to volunteer firefight. Lancaster Bureau of Fire offers 13 weeks of paid training at the municipal fire academy in Harrisburg in the hope it will draw more applicants.

“Here in the City of Lancaster our community members most likely don't have an opportunity to volunteer or have a fire background when they start,” Little said. “That's why we get them fully qualified at the Fire Academy before they get out on the street and serve their community.”

Little aims to hire Lancastrians. His recruitment plan includes an outreach campaign with fliers, firefighters talking to community members and town halls where the community can come meet firefighters.

“Obviously where you grew up, you live, you work, we believe that's a huge impact on our community,” he said.

The bureau’s next hiring cycle begins in April.