Protesters staked out in front of the Lancaster City police station starting at 5:30 a.m. Sunday morning for a protest in response to a march held the previous week. 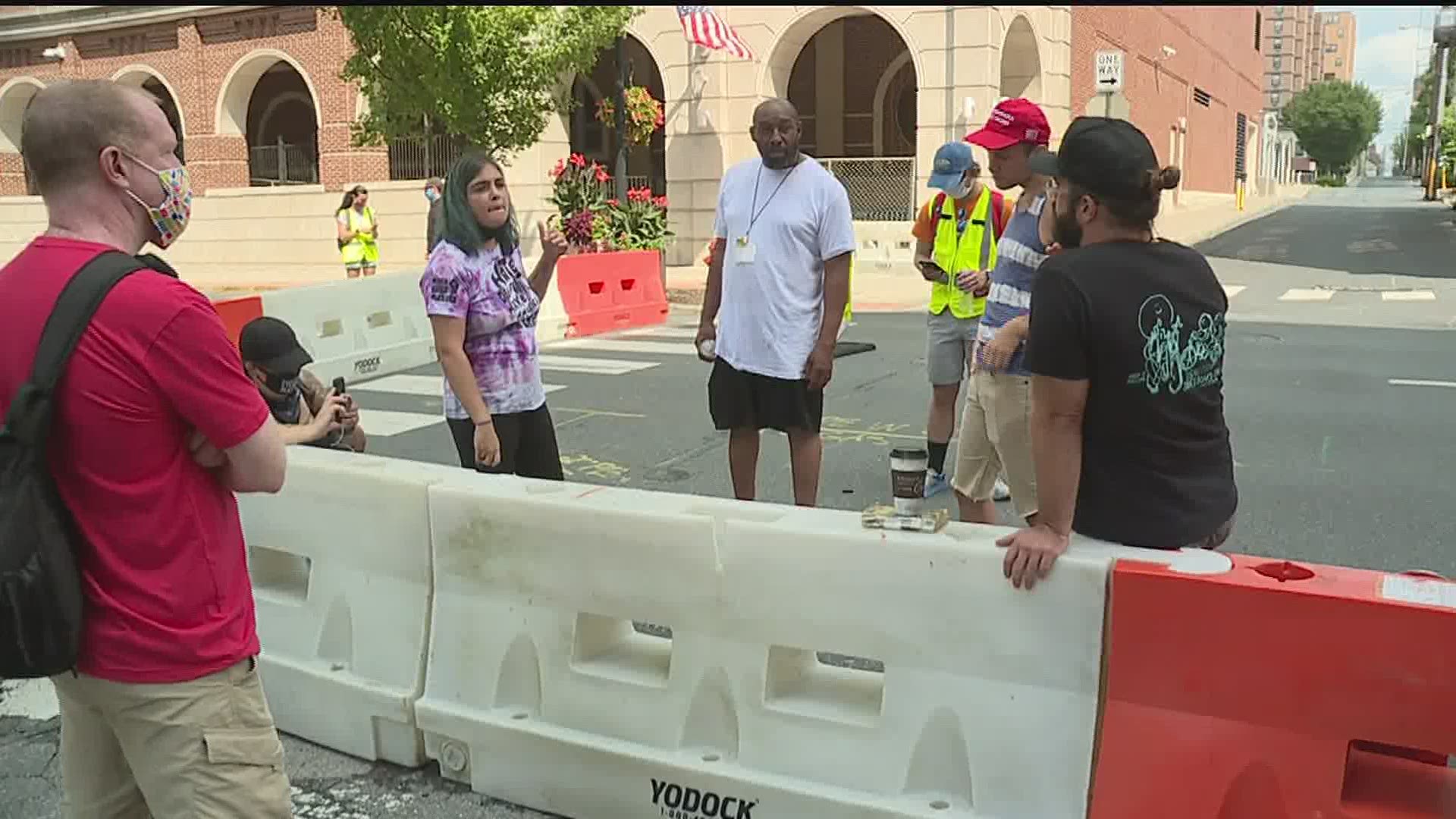 LANCASTER, Pa. — Protesters staked out in front of the Lancaster City police station starting at 5:30 a.m. Sunday morning for a protest in response to a march held the previous Wednesday.

Healthcare advocacy group Put People First! PA planned the Aug. 5 march, along with other grassroots groups. The event page advocated for public officials “to put an end to state violence, to end this war on the poor.” The march was also supposed to put a spotlight on homelessness and gentrification in Lancaster City.

“We were marching against the gentrification of Lancaster City, against the rezoning of St. Joseph’s Hospital and against the Ewell Plaza that they just built across from a large homeless encampment,” said Tiara Wolfe, a leader of Unapologetic 717, another of the organizing groups.

Ewell Plaza is currently under construction to become the future site of the Lancaster Public Library and a parking garage.

Three protesters were arrested at the Aug. 5 march for blocking the street; they were charged with third degree misdemeanors.

The first to be arrested was Jessica Lopez, who has a pending lawsuit against Lancaster Police Det. Nathan Nickel for allegedly sexually assaulting her after a traffic stop in November 2017.

Wolfe was the second arrested. At the Aug. 9 protest she called for the city to drop all the charges.

“We’re asking for them to be dropped because [Lancaster City police] are grasping,” Wolfe said.

Videos of the arrests online drew more protesters to the weekend event.

"It’s a black out. Everyone, in unity, came together," said Corey W., a protester from Mifflin County.

The goal of Sunday's event was a continuation of Wednesday's protest against homelessness and Lancaster gentrification.

However multiple other issues were raised, with a focus on racism and police brutality. Some of the protesters identified as part of the Black Lives Matter movement.

"It kind of intertwines, but it’s just the right thing to do," Corey W. said.

However the day ended peacefully, without any more arrests.