Smoker, 34, is charged with criminal homicide related to the 18-year-old Amish woman's June 2020 disappearance. Here's what we know about the case so far. 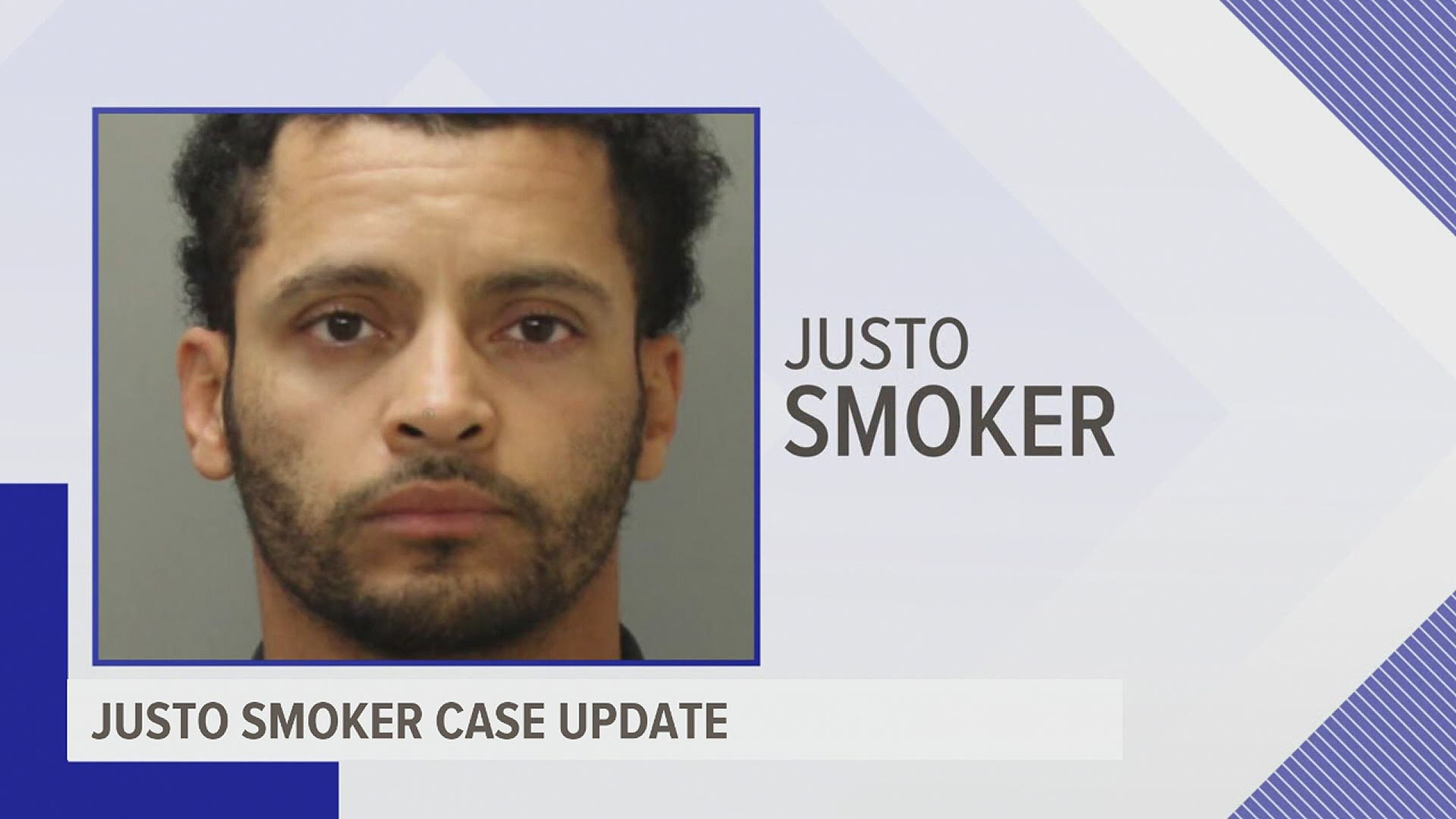 Update, 3:45 p.m.: Magisterial District Judge Denise Commins determined there is enough evidence to move forward with the homicide charge against Justo Smoker, according to FOX43's Grace Griffaton, who was in attendance at Smoker's preliminary hearing Friday afternoon.

Smoker's defense attorney Chris Tallarico asked the judge to dismiss the murder charge against his client. He argued that there is no certainty Linda Stoltzfoos got into Smoker's car.

Meanwhile, Assistant District Attorney Todd Brown, a prosecutor in the case, said failure to produce a body should not prevent prosecution. He called it a "forcible kidnapping" saying Smoker kidnapped and killed Stoltzfoos.

Commins ultimately ruled there is enough evidence to proceed.

Smoker's arraignment has been scheduled for March 26.

During the preliminary hearing, First Assistant Todd E. Brown called Detective Chris Jones of the East Lampeter Township Police Department, who was the sole witness in the 90-minute hearing.

Evidence presented at the hearing included:

Brown argued in his summation that all evidence points to the inevitable conclusion that Stoltzfoos is deceased by criminal agency and at the hands of Smoker.

Prosecutors will move for consolidation of the charge of homicide with the previously filed charges of kidnapping and false imprisonment for purposes of trial.

The Paradise Township man accused of abducting and killing Linda Stoltzfoos last June is scheduled to appear in Lancaster County Court today for a preliminary hearing.

Justo Smoker, 34, is scheduled to appear before District Judge Denise Commons at 1:30 p.m. in the Lancaster County Courthouse. He was charged on July 10, 2020 with kidnapping and false imprisonment related to the 18-year-old Amish woman's disappearance on June 21.

Smoker waived his formal arraignment on those charges in August 2020, effectively pleading not guilty.

In a preliminary hearing, prosecutors must present sufficient evidence that a crime was committed, that the suspect is probably responsible, and that the case should be heard by a judge or jury.

The defendant has the right to waive the hearing.

Stoltzfoos was last seen leaving a church service to walk home to her family's farm on June 21. She was reported missing a day later.

Investigators determined Smoker was a suspect when a homeowner's surveillance video camera showed what they believe to be Smoker's car near where a woman believed to be Stoltzfoos is seen walking alone along Beechdale Road, less than a half-mile from her family's farm, on the day she disappeared.

Stoltzfoos' bra and stockings were found buried behind a business where a vehicle resembling Smoker's Kia was seen by a witness, who photographed the vehicle.

Police later determined the vehicle's registration linked it to Smoker.

When she announced the homicide charge against Smoker, Adams released court documents that revealed the evidence she used to support the additional charge.

Among the evidence listed: