Ricardo Munoz's family believes he was having a schizophrenic episode at the time of the shooting. 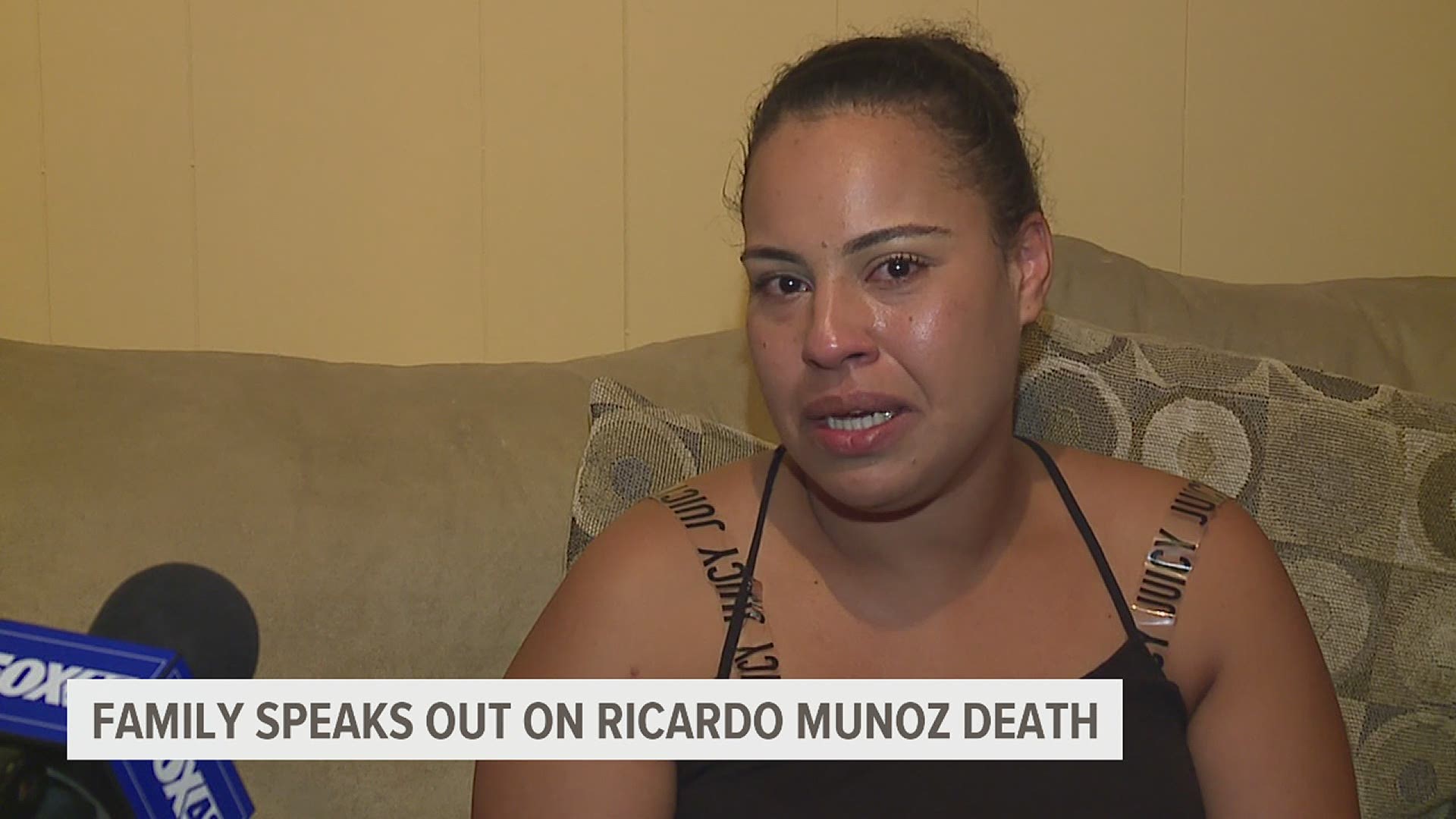 LANCASTER, Pa. — The family of Ricardo Munoz, the man shot and killed by a Lancaster police officer on Sunday, is speaking out about the multiple mental illnesses they say he suffered from.

Munoz's sister, Rulennis Munoz, says that the images of Munoz weren't really him, as he was schizophrenic and she says, "he probably had multiple personalities... who knows."

Rulennis told FOX43 that Ricardo was diagnosed with schizophrenia in his early twenties, and he also suffered from a bipolar disorder.

She said that before the deadly shooting, Ricardo wasn't acting like himself.

"My mother called me and said my brother was having an episode and that he needed to be admitted to be evaluated to be on meds," Rulennis explained.

She says that Ricardo frequently had episodes and couldn't remember where he was or what he did during those times.

"It could get crazy because at the end of the day, he didn't know what he was doing," Rulennis said.

"I'm pretty sure if he was alive, he would've snapped back and remembered what he had done."

Rulennis Munoz told FOX43 that her mother called the Lancaster Bureau of Police and Crisis Intervention hoping that Ricardo could receive help. They say they did not call 911.

"I blame the system for what happened," Rulennis told FOX43. "We called for help. If they could've came here... the procedures they have to deal with people with mental issues are not correct and they need to change that."

After the shooting on Sunday, demonstrators gathered in Lancaster late on Sunday night, and the events turned violent, with multiple buildings and vehicles suffering damage.

However, Munoz said her family does not condone the violence.