You can't exactly buy love, but in downtown Lancaster, you can buy a heart. 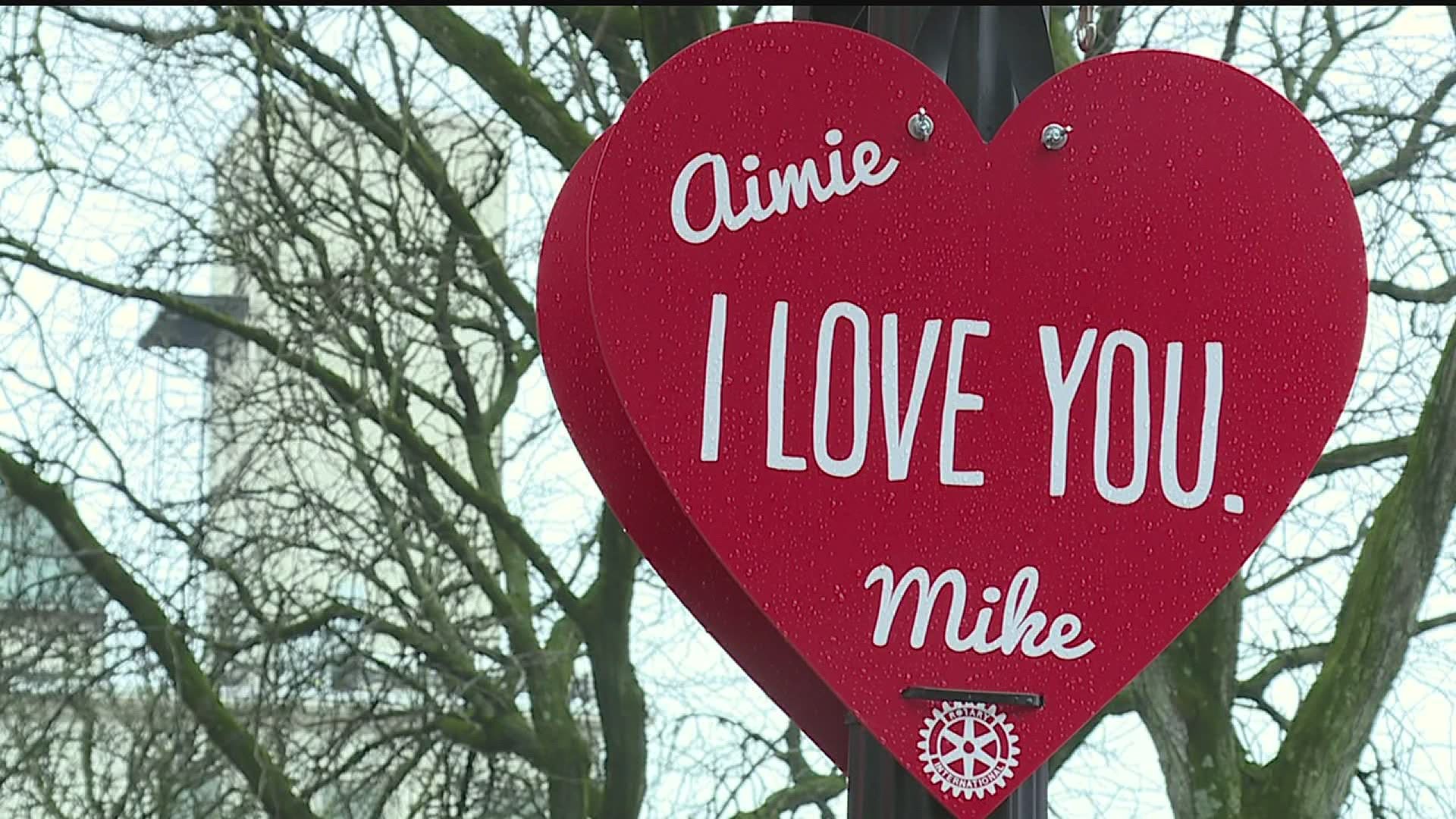 LANCASTER, Pa. — You can't exactly buy love, but in downtown Lancaster, you can buy a heart.

Some would say love is in the air in downtown Lancaster; just walk North Queen Street, and you'll see.

You can't exactly buy love, but in downtown Lancaster, you can buy a heart.

For forty dollars, the hearts can be customized for whomever has yours.

Kellers dedicated one to her sweetheart, Mike Flanery.

"Boyfriend, girlfriend, but if it were up to him, we'd be married already," said Kellers.

The two are very happy.

"We both have the same sense of humor and are almost identical in some ways," said Mike.

The couple is so much alike, they had the same genius idea.

"I started just walking, and I looked up, and I screamed so loudly because my heart was right there," explained Kellers.

It's high up on a light pole on the very drive Aimie takes to work every day and also right near the restaurant where the lovebirds had their first date.

"I can't believe we both did that because I had no idea she was going to do that," added Flanery.

The hearts are bringing smiles in more ways than one.

"Initially, you're supposed to take your sweetheart downtown and surprise them. We have had quite a few who have done that," said Anne Williams, the president-elect of the Rotary of Penn Square.

Organizers with the rotary say one of the goals is for local businesses to benefit from folks looking for their hearts. The other?

"To sell out our hearts. It's as simple as that," said Gary Davis, a past president of the Rotary Club. "Every penny goes back into the city itself."

"I just feel so appreciated and loved," added Kellers. "If it's really there, it shouldn't even be work. It's not effort. You just want to do things for your person. That's what we say, 'You're my person.'"

Organizers say they have unfortunately sold out of the hearts, but you can walk through the downtown area and see the hearts hanging until February 22.

There is supposed to be a big surprise next year, but organizers wouldn't tell FOX43 what.