Evy Lyons, 56, is being credited with saving her neighbor from his burning home. 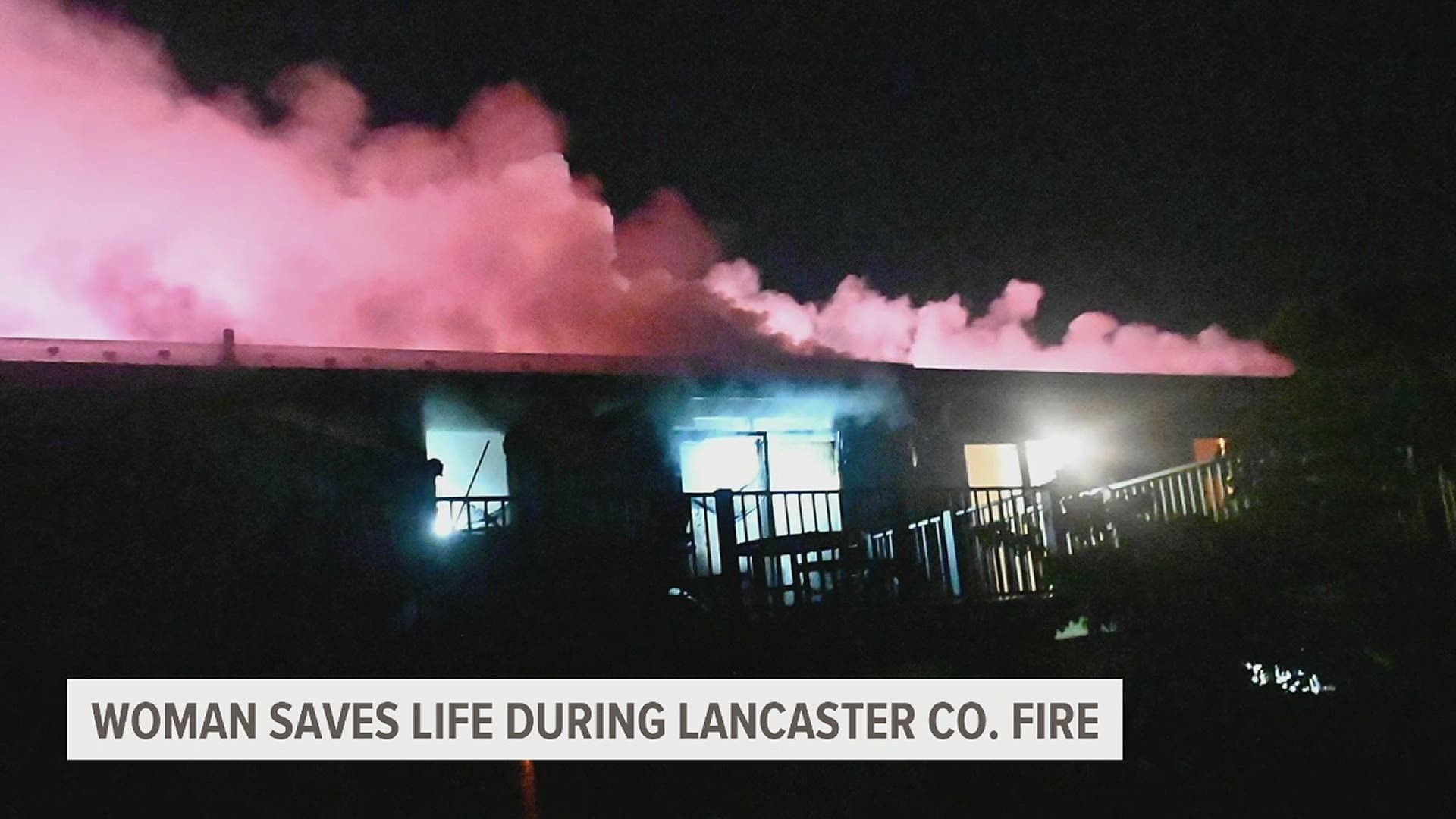 LANCASTER COUNTY, Pa. — A Lancaster County woman is being credited with saving a man's life after his home caught on fire.

Evy Lyons, 56, of Lancaster Township, entered the burning home of her neighbor on June 4 around 10:30 p.m. and was able to pull him away from the flames.

"I turned on the porch light and the smoke was so prevalent... and I stepped out and  I smelled it... and in my mind, I thought, 'that doesn't smell like fire pit smoke,'" Lyons explained.

"I saw smoke from coming from behind my neighbors home. And as I got closer, and I got into the doorway, I could hear him screaming 'Help! Help!'" Lyons said.

"We covered him with the blanket, we pulled him out. He was head-to-toe covered in black," Lyons said.

Steven Roy of the Lancaster Township Fire Department said there were no working smoke alarms in the home, and that it may have been a different outcome had Lyons not intervened.

"When he is home and ready, I, of course, would love to see him, just to give him a hug," Lyons said.