The protest at the Lancaster Bureau of Police Station and the looting of stores came as the aftermath to the shooting death of a 27-year-old man. 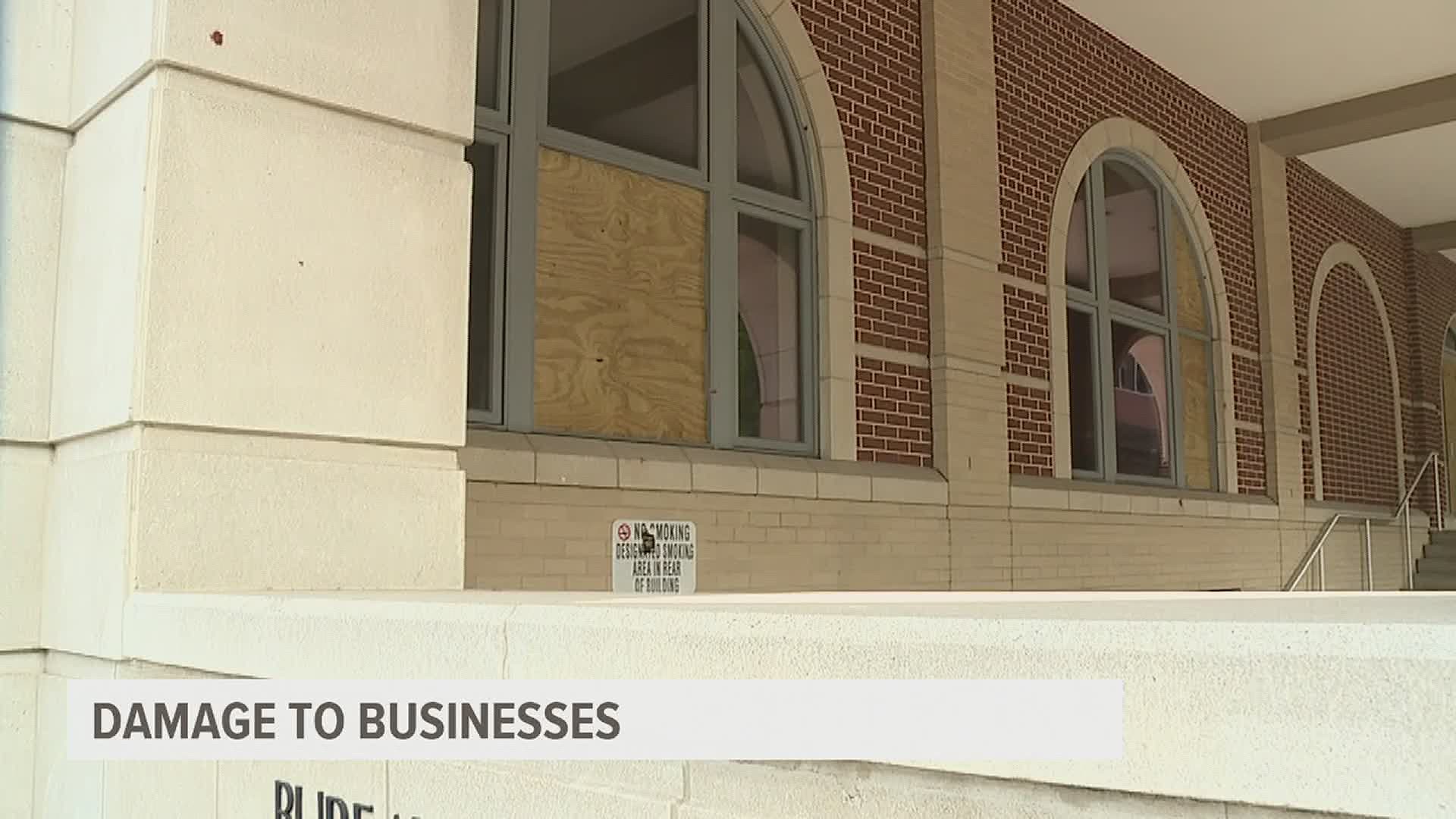 LANCASTER, Pa. — The City of Lancaster has been in turmoil since the shooting death of 27-year-old Ricardo Munoz on Sunday.

Officers found 27-year-old Munoz, who officials said had a knife on scene.

A Lancaster city police officer shot Munoz, according to officials.

The Lancaster County District Attorney’s Office released further details based on a preliminary investigation, which included a review of body camera footage.

According to the D.A.'s office, the footage shows that when the officer got in front of a home near the scene, Munoz immediately emerged from inside and ran toward the officer, brandishing a knife above his head, in clear view, in a threatening manner.

The officer then fired. The gunfire did not strike anyone else.

After the incident, police say that over 100 protesters gathered on the access ramp on the west side of the station.

Authorities say that they used a public address system to provide several warnings to the group that if they did not move from the ramp, that chemicals would be deployed.

Police say the crowd failed to move, and "chemical agents" were used to disperse the crowd.

In response, members of the crowd damaged a county vehicle parked in front of the police station, while bricks were thrown through the station and post office's windows.

Police say that eight people have been arrested in connection to the incident outside the police station.

Authorities say four of those eight people are not from Lancaster County and two of the suspects were armed with handguns during the protests.

In total, twelve people are facing arson, institutional vandalism, riot, and failure to disperse, among other related charges:

A juvenile was also arrested in connection to the incidents.

That juvenile is facing riot, disorderly conduct, institutional vandalism, and possession of a small amount of marijuana charges for his role in the incident.

The Lancaster County District Attorney's Office released the following statement in connection to the incidents:

The Lancaster County District Attorney’s Office wishes to assure community members, leaders, and business owners that the criminal acts that followed a police-involved shooting Sunday in Lancaster city are being investigated and that those who perpetrated acts of violence and destruction will be charged and prosecuted.

The acts committed overnight were not peaceful acts of protest; the behavior was violent and riotous.

Numerous buildings and vehicles were damaged, fires were set – all without regard for the owners and individuals who could have been physically harmed by the riotous actions.

Police arrested several individuals and those charges are being filed Monday. There is much video of what took place overnight, and that footage is being reviewed as part of the ongoing investigation. Individuals identified as actors engaged in criminal acts will be charged.

“This office fully supports the right to gather and peacefully protest, however, the riotous behavior exhibited last night is completely unacceptable and will not be tolerated,” Lancaster County District Attorney Heather Adams said Monday.

“Such lawless conduct only takes away from those working with the community to address issues worthy of discussion. Make no mistake, those who cannot peacefully protest and instead resort to violence will be prosecuted and held fully accountable.”