Engineers with Advanced Cooling Technologies or ACT are designing a thermal system that will help monitor the temperature of an unmanned spacecraft. 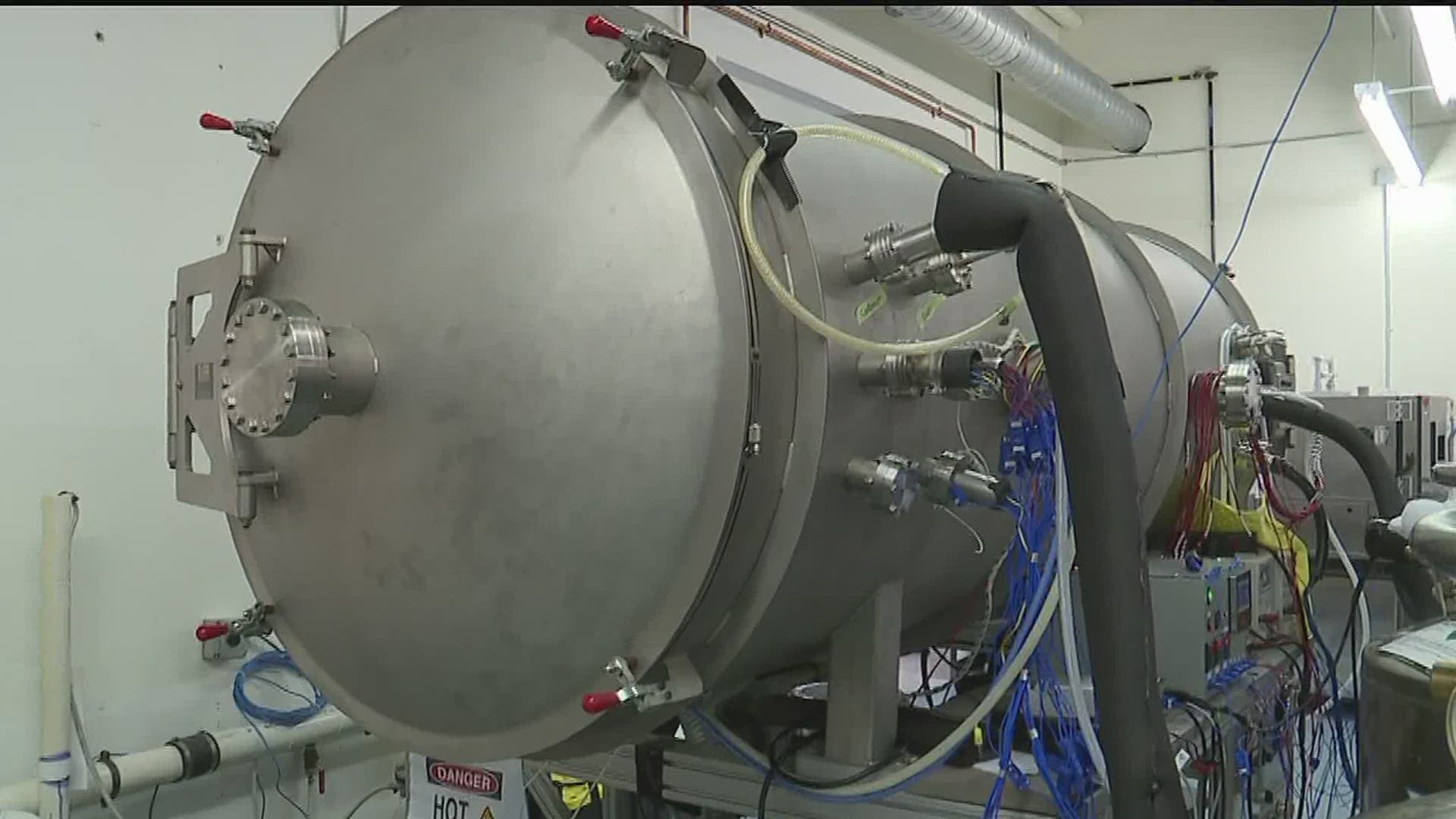 Now, Lancaster-based company Advanced Cooling Technologies or ACT is helping to explore it. The thermal management technology company began in 2003 and has grown into a "leading manufacturer of thermal management products for diverse industries and applications," according to its website.

Unlike George Lucas' Star Wars, people won't journey to a galaxy far, far away.... Rather, an unmanned spacecraft will head to the moon.

Lead engineer Ryan Spangler is currently designing a thermal system for Peregrine Lander's first mission to the moon that will help manage the unmanned spacecraft's temperature on its voyage.

Pittsburgh-based Astrobotics and ACT are collaborating on the jon.

In the most basic sense, the thermal system will regulate how hot and how cool the spacecraft gets so as not to destroy the technology on board.

"You're in space," explained Spangler. "You don't have any atmosphere protecting you so really whenever you're seeing the sun, there is a tremendous amount of what's called heat flux or thermal energy that the spacecraft is seeing, and it can get things extremely hot. Think of the hottest day in the hottest spot on Earth, basically, and it does that very quickly, and then, if it goes behind a planet or the moon or something, it drops to very cold temperatures."

According to a news release issued by ACT, "Peregrine is designed to safely deliver payloads to the lunar orbit and the lunar surface for commercial customers. This safe delivery service is critical in NASA’s continued mission to explore and understand the lunar environment. The payloads and avionics on board Peregrine combined with the temperature extremes and environmental conditions in space and on the lunar surface make this a complex and challenging thermal design. ACT was selected as the thermal partner for this program because of our thermal engineering expertise, diverse technology options and heritage with space flight hardware. This project will explore and incorporate various passive technologies to meet mission requirements."

RELATED: Look out, Mars: Here we come with a fleet of spacecraft

"Whenever a customer has a really unique thermal challenge, like a electronic device or chip that gets hot, we work to cool those things down," said Kimberly Fikses.

Engineers design and build products for the medical, nuclear, and space industries.

"The space market is kind of booming for us and just the industry in general, so yeah, we're fortunate enough to have some things floating around in space somewhere," laughed Spangler.

ACT first launched one of its products into space in 2009. Now, it has clocked over 43 million hours of flight, with hundreds of heat pipes in orbit. So far, there have been no failures to date.

Spangler says the next step is developing prototypes and testing them to hopefully support a mission that will be in history books down the road.

He says he can't wait for future space projects in the years to come.