County behavioral and mental health services have remained flat-funded since 2013, with some agencies saying they have not had a bump in state funding in 17 years. 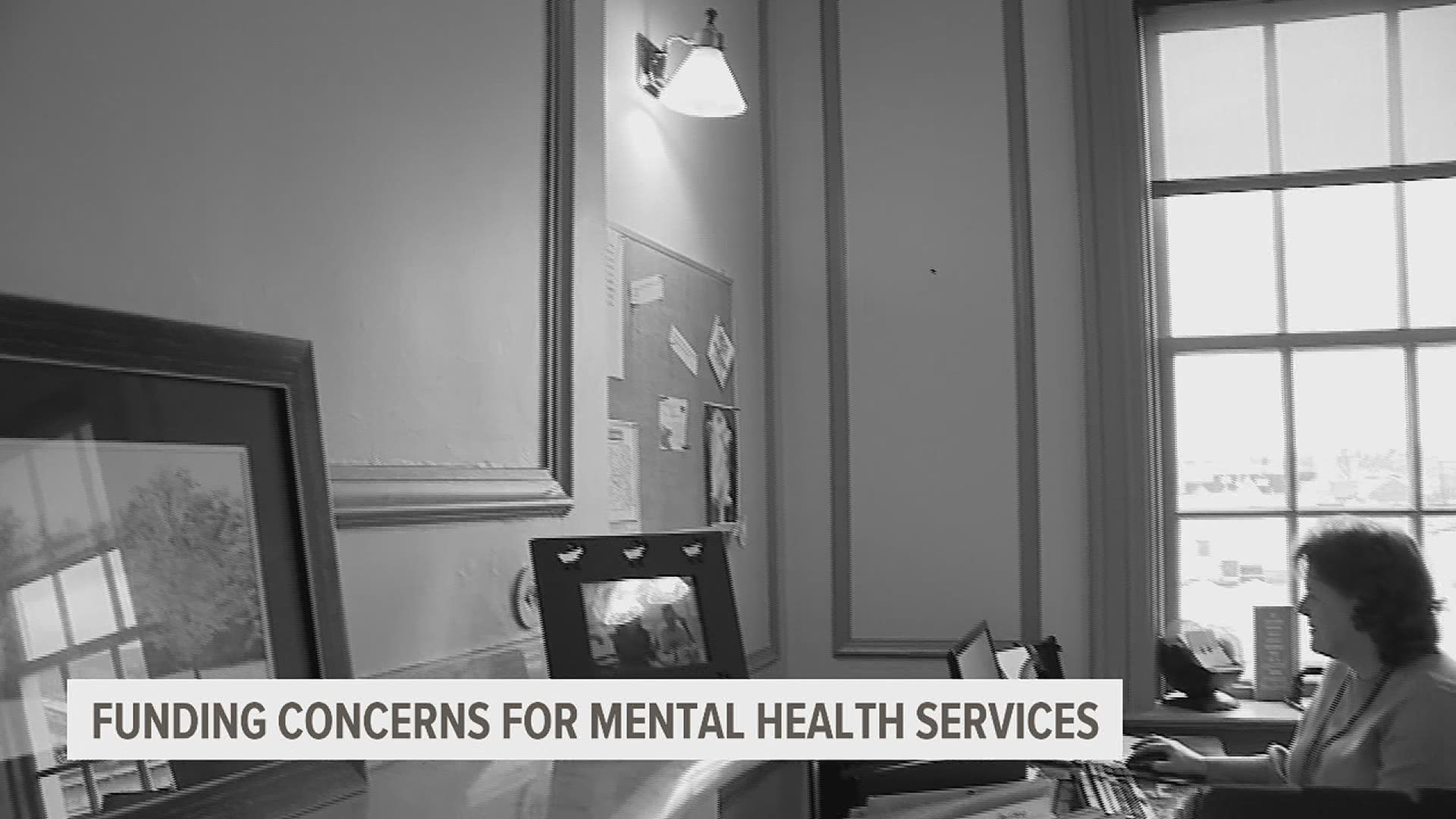 LANCASTER, Pa. — Pennsylvania’s mental health system has been in a financial gridlock for nearly a decade. In the wake of a deadly officer-involved shooting in Lancaster on Sunday, the city’s mayor called on state and county leaders to allocate more funding and resources to behavioral and mental health services.

Mayor Danene Sorace believes steep cuts to county-wide behavioral and mental health services over the years have crippled the city’s ability to address mental health issues. Her comments drew criticism from county commissioners who disputed claims that budget cuts had been made.

“We have always expressed a willingness to positive changes and ideas. However, some of the assertions today were just false. County Behavioral Health funding has not been cut in the almost five years since I have been on the Board of Commissioners,” Commissioner Josh Parsons wrote on Twitter.

Commissioner Parsons did not respond to our request for comment. Though there have not been any cuts in state-based funding to county mental health services since 2013, there has not been an increase in funding either.

A number of county agencies have not recovered from budget cuts in 2013, when state lawmakers slashed their budget by 10 percent under the Corbett Administration. The cuts diminished state-based funding for county-delivered behavioral and mental health services by $84 million.

PA's mental health system has been in a financial gridlock for nearly a decade. State Rep. @MikeSchlossberg is a champion for mental health care, but says the economic fallout of #COVID19 may thwart chances for a bump in funding to county mental health services. @fox43 pic.twitter.com/ZLRm9eRL5u

Some individual programs have seen funding increases over the years, but overall, mental health systems in Pennsylvania have remained systemically underfunded.

State Representative Mike Schlossberg, who represents Lehigh County, said there is a bipartisan understanding that more needs to be done to support mental health services in the Commonwealth.

“Issues that we’ve seen in this country, including justice reform and racial relations, have highlighted the need to do more for mental health in order to prevent people from getting involved in the criminal justice system in the first place,” said Representative Schlossberg. “I think we’re going to get there. I do think it’s going to take time and at some point, again, we have to put our money where our mouth is and actually financially invest in mental health for everybody.”

Concerns around mental health services are sure to be addressed in the state legislature this year. However, lawmakers may not be willing to increase funding for those services with a looming multi-billion dollar budget deficit—an economic downturn caused by the COVID-19 pandemic.

RELATED: FOX43 Reveals: Why counties are not using this mental health treatment plan