Some Lancaster County students dismissed early due to the heat; here are ways to keep them cool and busy this summer

Some students in Lancaster got to go home early Monday because of the high temps. There are plenty of pools and programs to keep them cool and busy. 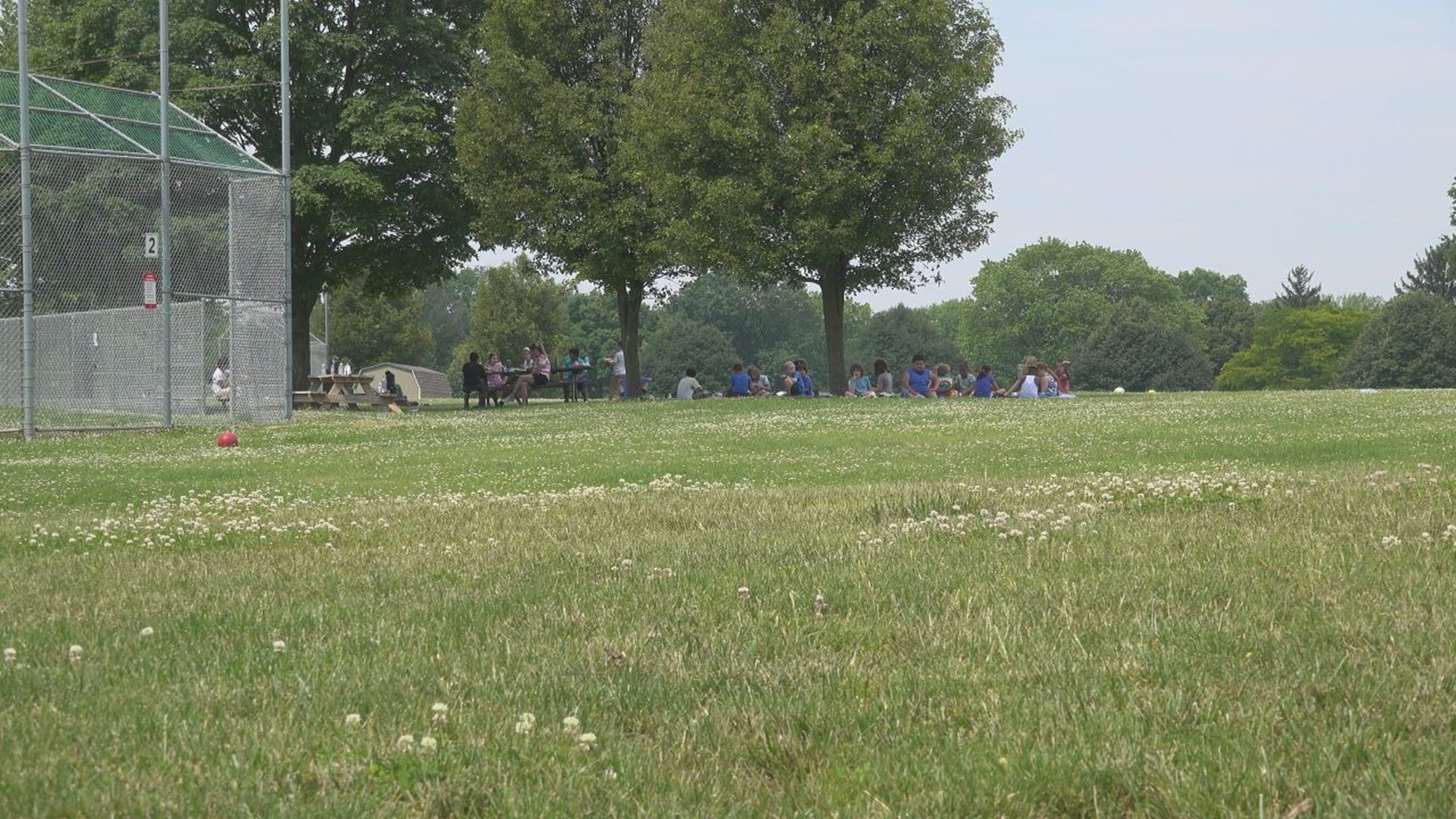 LANCASTER, Pa. — Some students in Lancaster County got to go home early today because of the high temperatures.

The School District of Lancaster dismissed students in multiple schools around noon Monday.

People could hear SDoL elementary students telling each other to drink water at Lancaster Community Park and see fans on high in the windows at the schools.

"It's hot, but in the shade, it's cool," said Johmar, another sixth grade student.

To stay cool, Johmar says he'll swim in his family's pool this summer or find shade in the living room.

"Cause that's the coldest spot there is," he laughed.

He doesn't mind the heat as much as others do.

"No.[I'm not a fan]. I like it [the heat] when I was playing, but not when I'm coaching or dragging the field," said Norm Strosser, a baseball coach.

They plan to have players drink plenty of H2O and sports drinks.

"We tell their parents, with COVID especially, to make sure they have enough fluid," explained Norm. "There were times at practices I had to take them to go into the shade if I saw any signs of heat exhaustion."

If you don't have air conditioning, or you're just looking to keep the kids busy this summer, there are plenty of activities in and around Lancaster.

The Lancaster Family YMCA has three pools with member and community pricing. It also has Pre-K summer camp with lunch included, and financial assistance is available for it.

Hands-on-House Children's Museum will hold camp for kids ages four through 10 with a different themes for each of the camp's six weeks.

Spooky Nook Sports, the nation's largest indoor sports complex which is located in Manheim, has different camps as well. It also has multiple sports clinics and different youth programs.

The YWCA of Lancaster has summer camp that runs until school starts up again. Its camp includes breakfast, snacks, crafts, sports and games, library visits, activities such as bowling, mini golf, and skating, trips to local attractions, and programs celebrating diversity and individuality.

Kids can "level-up their learning" this summer by attending a video game design camp which is being held at Franklin & Marshall College. The program runs 21-24 and costs $165.

Interested people can check out LancasterTechCamps.com for a full list of technology programs that are scheduled for summer 2021.