Who is Justo Smoker? 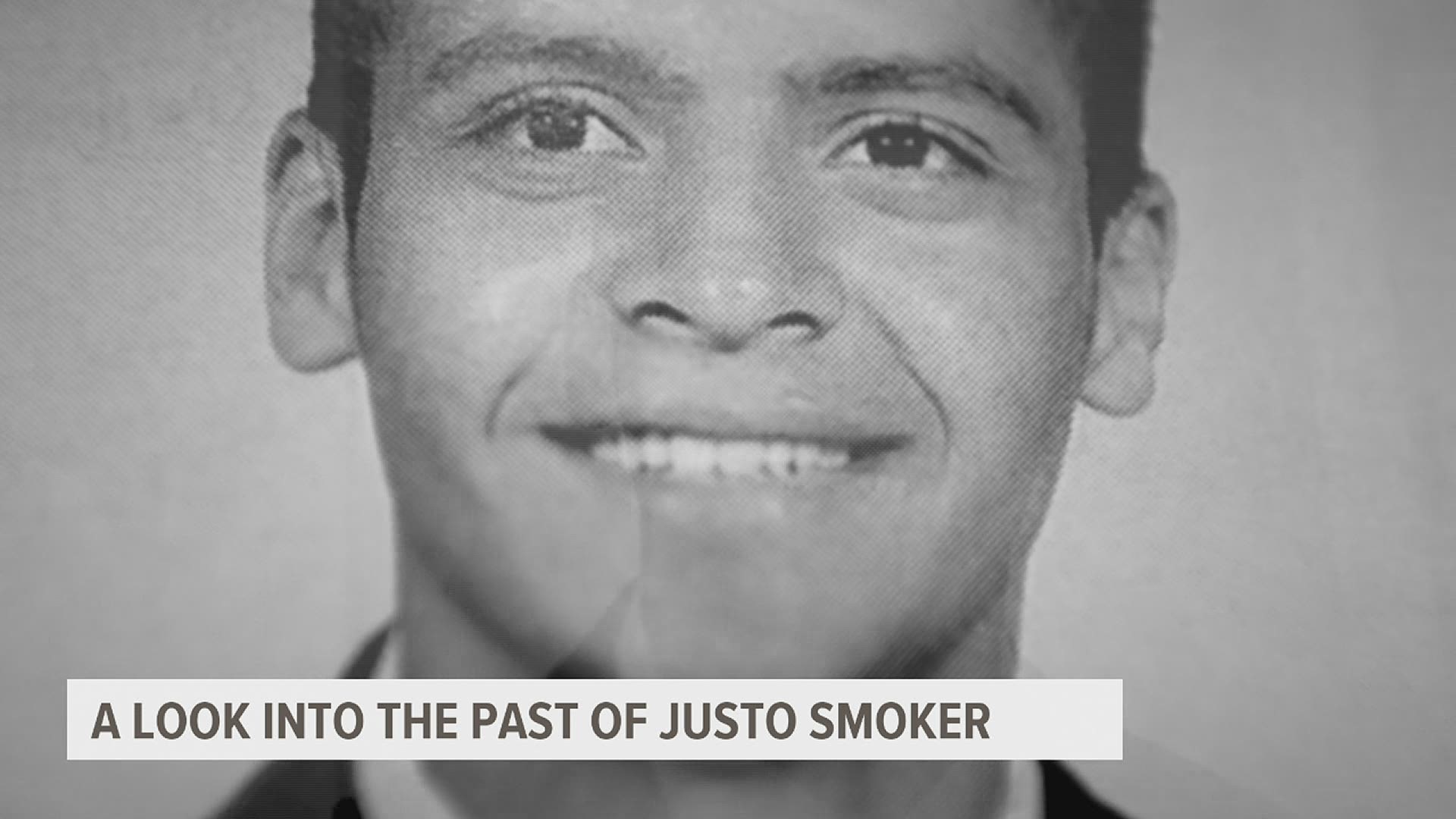 LANCASTER COUNTY, Pa. — Justo Smoker of Paradise Township is now in custody at Lancaster County Prison for the death and kidnapping of Linda Stoltzfoos, who is the Amish woman who disappeared in June 2020.

Despite his well-known charge, many may not know who he was.

Smoker was a 2005 graduate of Pequea Valley High School and was a multiple-sport-season athlete of football and wrestling.

By the time he graduated, Smoker achieved a 3.0 GPA, and received a senior spotlight in his high school yearbook.

Despite achieving these accomplishments, his mother said he turned drugs in high school after a childhood of hardship and began committing crimes as a juvenile and later as an adult.

Smoker was convicted of a felony as a juvenile and at 21-years-old in February 2007, he pleaded guilty to multiple charges including burglary, robbery and criminal trespass in Lancaster County.

According to court documents, his parents Deb and Vernon Smoker said back in 2007, they wanted Smoker to be held accountable for his crimes but showed mercy as they say they saw a change.

"We do believe in tough love. We believe there needs to be a punishment for the crime, but I would ask you, I guess, to be merciful towards him," said Deb Vernon at Smoker's sentencing back in 2007.

The judge presiding over Smokers 2007 case, Joseph C. Madenspacher sentenced him 12 and a half years for his guilty pleas as a way to punish him but give him time to re-enter into society as a productive member.

Judge Madenspacher said Smoker served only half his time, but after being released in February 2019, it would be 16 months later when Smoker received another charge in the death of Stoltzfoos.