Justo Smoker, who was previously charged with kidnapping Linda Stoltzfoos, has been charged with criminal homicide in connection to her death. 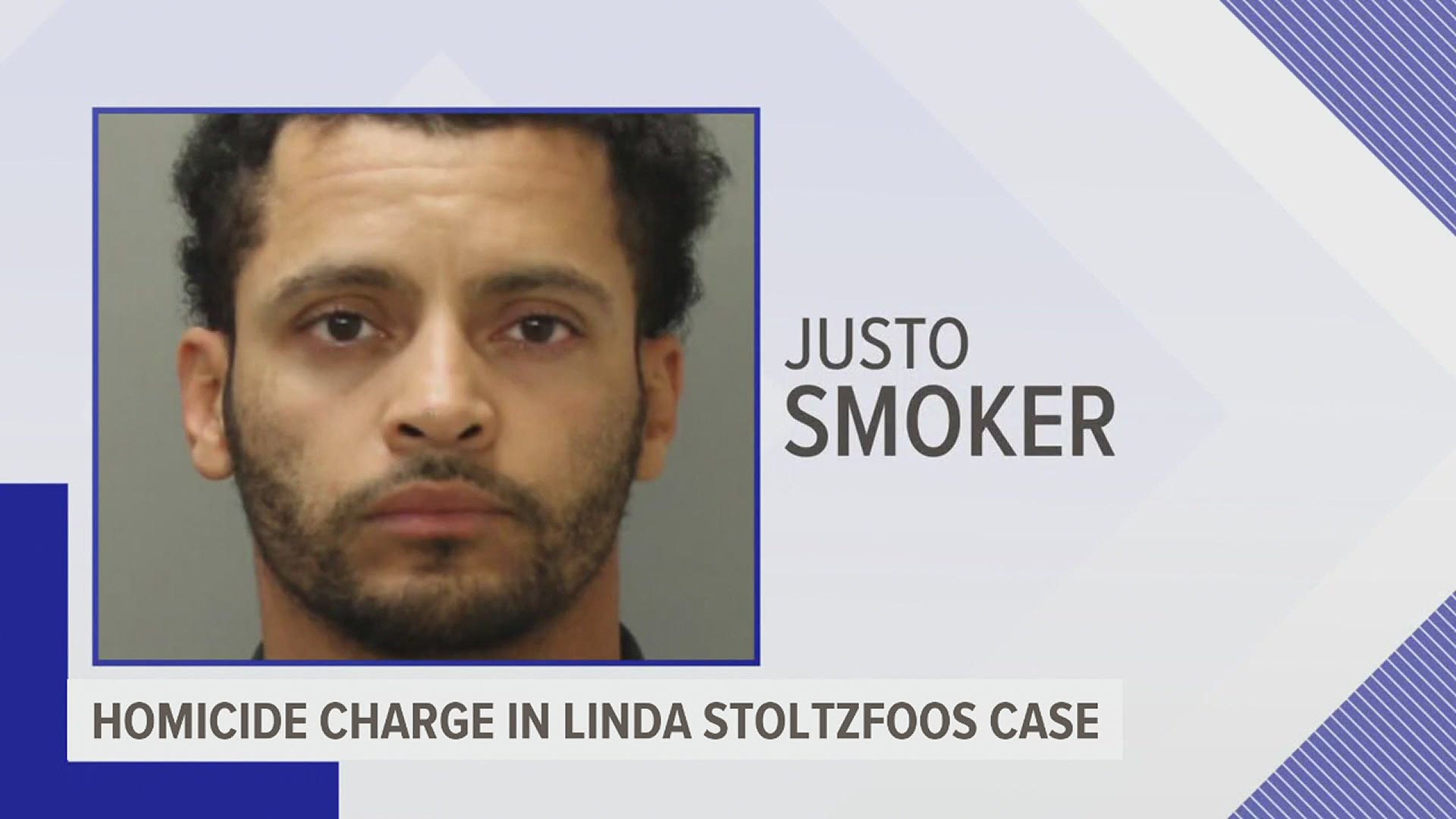 LANCASTER, Pa. — Six months to the day after Amish teenager Linda Stoltzfoos was last seen in Lancaster County, the man accused of kidnapping her is now charged with her homicide as well.

Justo Smoker, who was previously charged with kidnapping Stoltzfoos, has been charged with criminal homicide in connection to her death, according to the Lancaster County District Attorney.

Smoker has been in Lancaster County Prison since July on kidnapping and false imprisonment charges in connection with Stoltzfoos' disappearance on June 21.

The District Attorneys' office said "Smoker’s conduct on and around the time of Linda’s kidnapping, along with physical evidence, supports the allegations that he kidnapped and murdered her."

Court documents show Stoltzfoos left a church event on June 21 and never returned home. No one has heard from the young Amish woman or seen her since.

Monday, the Lancaster County District Attorney's office released court documents on the new charge. They reveal new details on the day before and up to when Stoltzfoos went missing. Authorities believe the evidence listed supports the homicide charge:

"We always feared the worst, but prosecutors must follow the facts, the evidence, and the law to reach conclusions. Given the evidence outlined above, we are now in a position, legally, to charge Smoker with murder," added Adams.

Documents state authorities believe Smoker took Linda Stoltzfoos to the eastern side of Lancaster County and into the Welsh Mountains, which is an area which spans in excess of 1000 acres.

While Stoltzfoos has not yet been found, Adams says the efforts to locate her will continue in order to try and provide some closure to her family who love and miss her dearly.

The next step in the case will be a preliminary hearing on the new charge which will occur after formal arraignment.