Justice may have been served in the case of Derek Chauvin, but some say the fight for equity is far from over

Some communities of color feel exhausted. They may be tired; however, Blanding Watson says the fight for equity is far from over, and the work must continue. 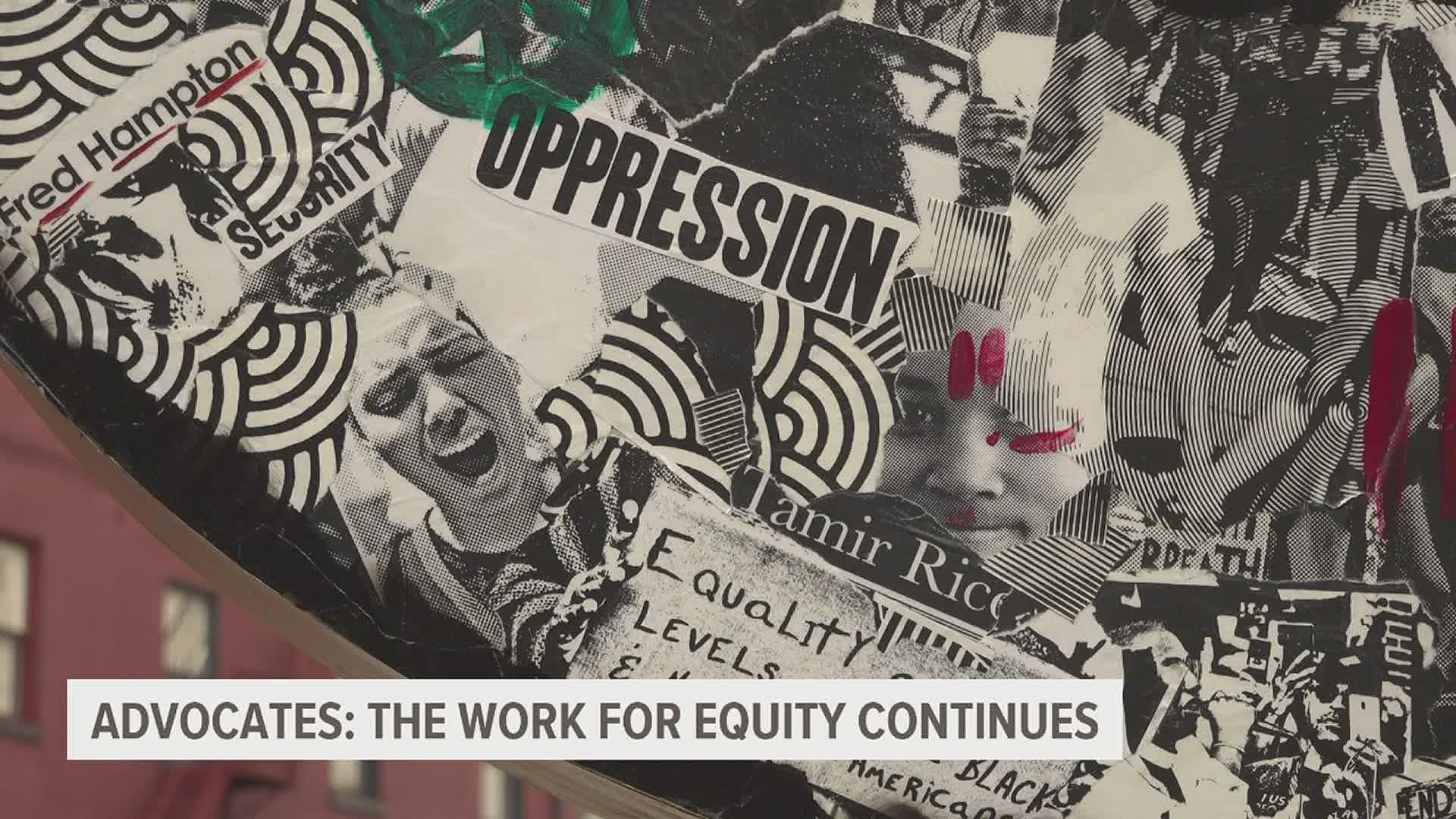 While many feel justice has been served, others feel the work to achieve equity for Black and Brown people is far from over.

"Justice was served in this instance, but there are many other cases still unsolved," said Blanding Watson, President of the Lancaster branch of the NAACP. "You think about Daunte Wright. Breonna Taylor."

In Lancaster, at the corner of North Prince and West Chestnut Streets next to the police station, people can see their faces as well as those who have protested over their deaths.

Tired they may be; however, Watson says they must not quit.

"The work is not done, and it continues," he said. "We're going to continue to get together with public officials to work on things relevant to excessive force, body cameras, and anti racism training."

Community members are hoping for change.

"It wasn't good. How they killed him wasn't good," said Anthony Ogbumkpi, a 30-year Lancaster resident.

"Maybe rectify some of the rules police have to restrain the man. If he's in handcuffs, sit him down," suggested Mike Waltry of Lancaster. "Regardless of the race, that was another human being."

Blanding says conversations people are having must continue -- and inside of the home too.

"To talk about race and equity and how unequal treatment relevant to George Floyd, you know, having a knee on his neck for the world to see, such an egregious death, and I hope people take time to reflect on that death," added Watson. "We can all learn from one another so that we can do better."