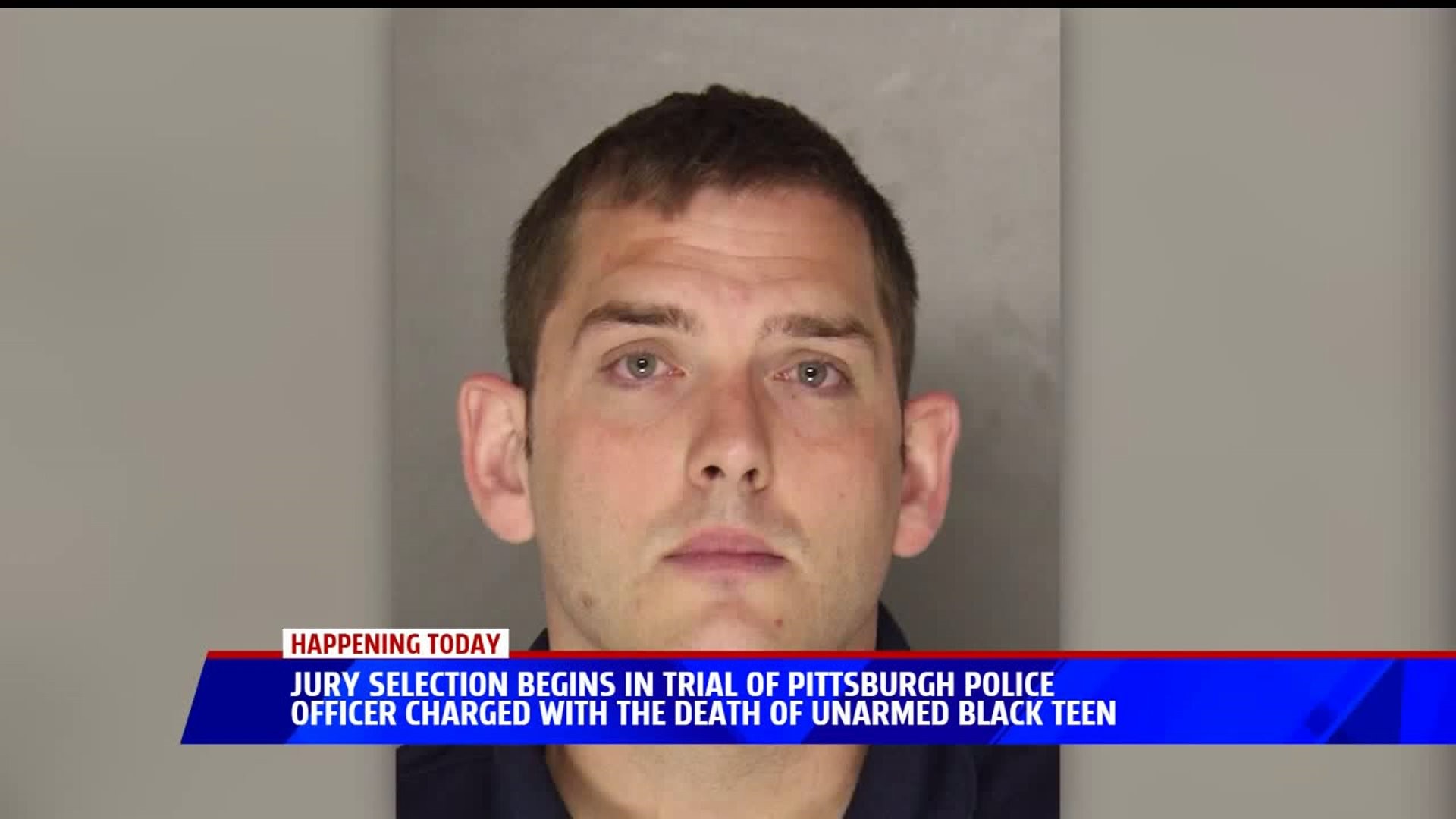 Rosfeld, facing homicide charges in the death of 17-year-old Antwon Rose, arrived at the Dauphin County Courthouse just after 9:00 a.m., for the jury selection.

Officials told Fox 43 that Rose's family would also be in attendance for the selection process. They also told us that in this case they are doing a non-traditional jury selection. Around 150 people will be screened during the process, with 20 people being shuffled in and out at a time.

Although the shooting happened in Allegheny County according to CNN a judge ruled for the jurors to be selected in Dauphin County, nearly 200 miles from Pittsburgh. They said the decision to move the selection process was because they felt the jury pool in Allegheny County had been affected by the publicity surrounding the case.

It's been nearly eight months since the June 19 shooting where 30-year-old Michael Rosfeld shot Antwon Rose three times in the back, killing him after he tried to run from police following a traffic stop.

CNN said he was the passenger in the car that day, and authorities thought it was involved in a nearby shooting.

The incident involving Rosfeld was all caught on camera by a witness near the scene.

During the investigation CNN said Rosfeld had inconsistent statements, originally telling police he thought he saw a gun, then later going back on what he said.

However, Antwon was not armed when he was stopped and tried to flee the scene that day.

The jurors selected here today will then be taken to Pittsburgh for the trial which is expected to begin on March 19.