Juneteenth flag flies publicly for the first time in Lancaster

The Juneteenth flag raising took place at 9 a.m. Friday morning ahead of the holiday. 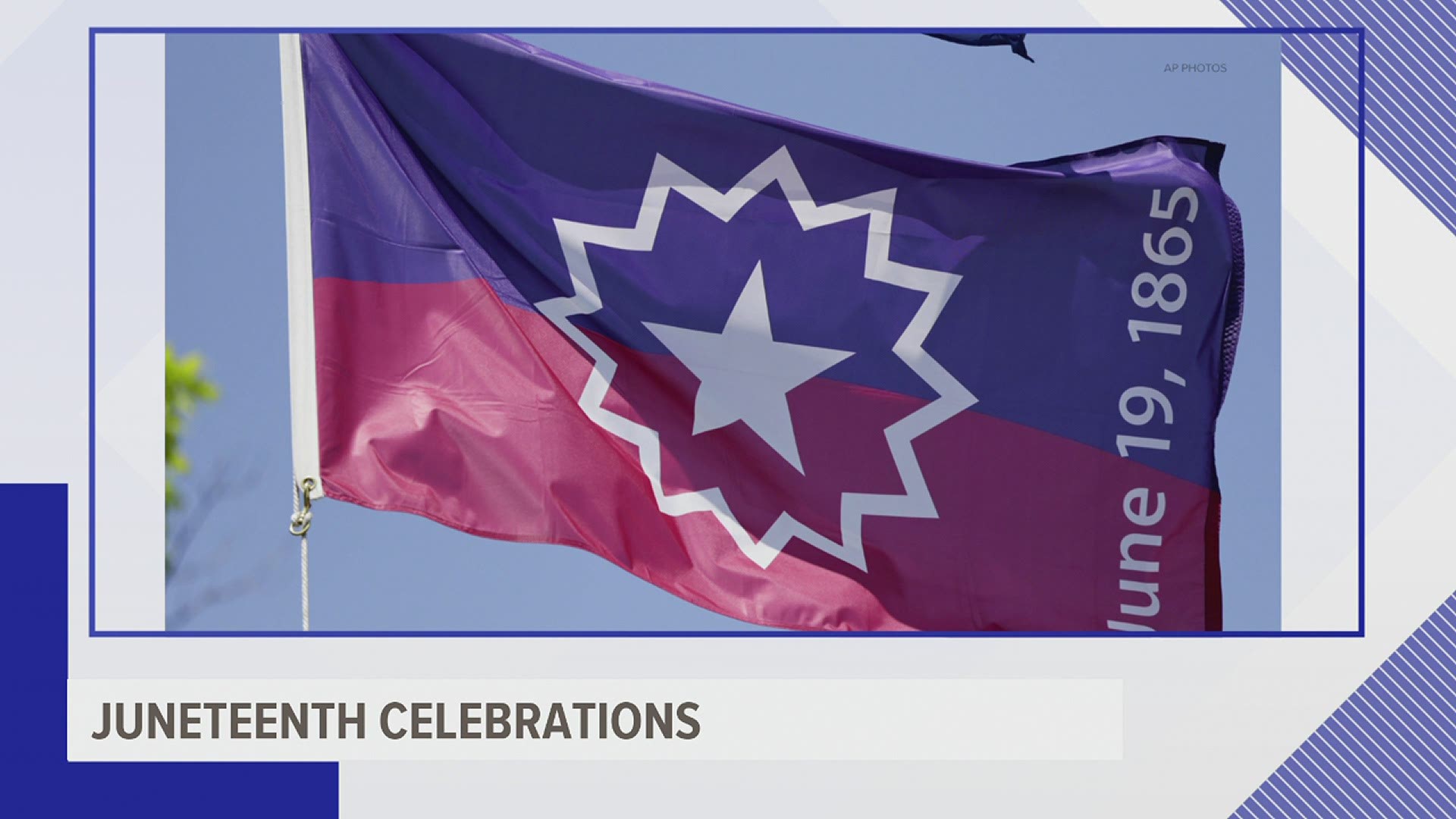 LANCASTER, Pa. — For the first time publicly, the Juneteenth flag was raised at Lancaster City Hall. Some people who live in the city say, it is a great way to honor the holiday as well as raise awareness and educate others about African American history.

NAACP of Lancaster President Blanding Watson says Juneteenth is about time for celebration, remembrance and reflection. He said, the day is sometimes referred to as Black 4th of July or African American Independence Day, because although the country won independence from Britain in 1776, Black people would remain enslaved until the mid-19th century.

"For people to know there's still more work to be done even though slavery has ended. There's still a continued fight for equal rights, in the criminal justice system, in education, even in jobs, healthcare, and many many other things that we all need to come together to try to find solutions to address some of the systemic and structural racism that continue even into today."

NAACP Lancaster and other community partners are hosting Juneteenth holiday festivities. For the NAACP Lancaster, the day will begin with a celebration and vigil, followed by a caravan that will travel throughout city neighborhoods. Festivities will finish with a family fest at Lancaster County Central Park.

Saturday, YWCA Lancaster will also hold Juneteenth celebrations as part of its Black Artist Waystation, which focuses on Black artists in visual, performance, or spoken word that defines the movement toward freedom. At 3 p.m. in Reservoir Park, there will be performative and visual art uplifting Black life in the Afrikan Disapora, featuring Sekere's and drummers. At 8 p.m. there will be two film viewings to look into the effects oppressive systems have on the Black community.